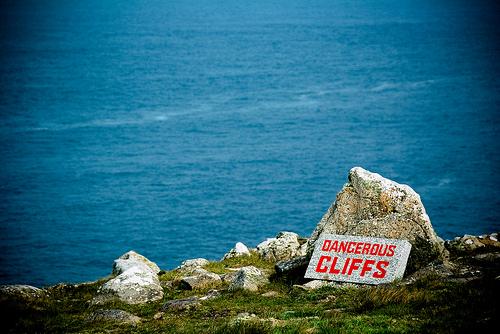 How to Safely Scale Down the Fiscal Cliff

A slow descent wouldn't be disastrous.
By Salvatore Babones | August 27, 2012

Pundits pounced earlier this year when Federal Reserve Chairman Ben Bernanke warned that the country will face a “massive fiscal cliff” at the beginning of 2013. It seemed we had to extend the Bush tax cuts — or else.

Lost in these arguments is what Chairman Bernanke actually told the House Financial Services Committee on February 29. Zooming out from three words to 49 words reveals this:

“Under current law, on January 1, 2013, there’s going to be a massive fiscal cliff of large spending cuts and tax increases. I hope that Congress will look at that and figure out ways to achieve the same long-run fiscal improvement without having it all happen at one date.”

In other words, Chairman Bernanke spoke in favor of the status quo. The problem is the timing, not the policy. Nothing in Chairman Bernanke’s remarks suggests we should make the Bush tax cuts permanent. 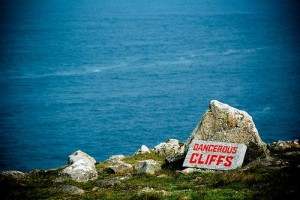 There are two parts to Bernanke’s 2013 fiscal cliff. Like the cliff itself, they have also been given colorful names.

“Sequestration” refers to the automatic spending cuts contained in the 2011 Budget Control Act. That’s the formal name for the deal that resolved the debt-ceiling stalemate last summer.

Taxmageddon and sequestration aren’t necessarily bad things, but their timing is certainly bad. As Chairman Bernanke made clear, we have to improve our finances. The question is how to do so responsibly.

The U.S. government is running a budget deficit of more than $1.3 trillion this year. Under current law, the 2013 deficit will be cut in half. How can we safely descend into this promised land of fiscal discipline without harming the economy in the process?

We can climb down the fiscal cliff in three steps. First, let the “temporary” Bush tax cuts for the rich expire on January 1, in accordance with current law.

Federal tax receipts as a proportion of total national income were lower in 2009, 2010, and 2011 than in any other years since World War II. Contrary to popular opinion, we are an undertaxed nation.

You may personally feel overtaxed, but that’s because only high-income individuals and corporations are so drastically undertaxed. The expiration of the Bush tax cuts may increase your taxes a little, but it will restore a sane level of taxation on the rich.

Second, let military spending fall as the war in Afghanistan winds down. Without that conflict or the Iraq War still raging, the Pentagon’s budget must shrink. Sequestration will have no real impact on our ability to defend ourselves.

Third, wait for the economy to improve. As it does, social spending will naturally fall as people go back to work. That’s also the time to reverse the “temporary” 2011-2012 cuts in Social Security taxes and make any further cuts to federal services.

Bernanke is right. The United States should reduce its budget deficit and improve fiscal discipline. We don’t have to do it all on New Year’s Day, but we should do it all — and soon.

Congress should act to extend the currently reduced Social Security tax rates for a year. For two years, it should delay cuts to the services that unemployed Americans rely on to make ends meet — by that time demand for them will have receded. But it should let the rest of the package take effect now.

We should climb down the fiscal cliff slowly and carefully, with the clear goal of achieving a fairer, more balanced federal budget.

Salvatore Babones is an American sociologist at the University of Sydney and an Institute for Policy Studies associate fellow. www.ips-dc.org
Distributed via OtherWords (OtherWords.org)