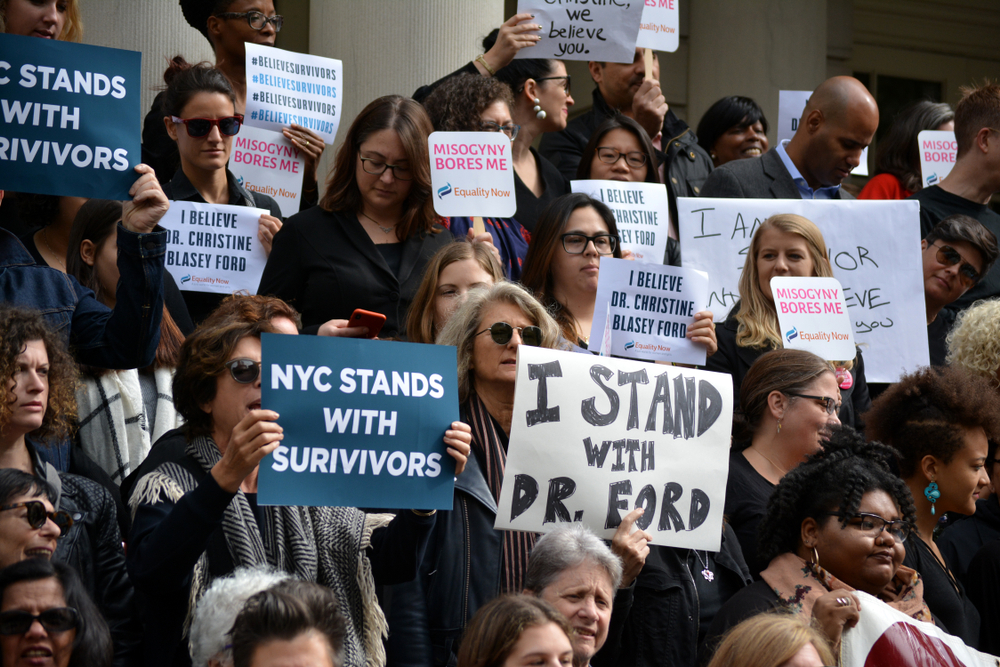 I’m a Lawyer. I’ve Been to Trial. And I Believe Christine Blasey Ford.

When you look at the surrounding circumstances, it's clear: Brett Kavanaugh has everything to gain by lying. Christine Blasey Ford has nothing.
By Mitchell Zimmerman | September 28, 2018

I’ve been an attorney for nearly 40 years. Good lawyers identify with their clients, but they also have be able to step back and say: How would my client’s claims look to an ordinary person without an ax to grind — say a juror?

As a progressive, I want to believe Christine Blasey Ford’s charge that Brett Kavanaugh attempted to rape her when they were high school students. But as a lawyer, I still bring my critical faculties to bear. They tell me that her charges are more likely than not true.

We can leave aside who “sounded” more believable. Jurors — and judges and attorneys and cops and psychiatrists, studies tell us — are all equally bad at distinguishing truth tellers from liars. I was moved by Ford’s tears and by the way she told her account. And I’m sure conservatives were equally moved by Kavanaugh’s seeming sincerity in his own outraged defense.

When testimony conflicts, what’s more useful is considering the surrounding circumstances. In this case, the circumstances all favor Ford’s account.

Kavanaugh has a powerful motive for lying: achieving the summit of legal ambition, power, and prestige — a Supreme Court seat. But there’s nothing in it for Ford to lie.

First, the evidence is strong that she was in fact assaulted: Her account is supported by a lie detector test. And she mentioned to a number of people (including her therapist), well before Judge Kavanaugh was a potential Supreme Court nominee, that she’d been assaulted by a man who’s now a federal judge.

Second, since she states that she’d met Kavanaugh on several occasions before he attacked her, it’s not plausible that she’s mistaken about who tried to rape her.

Third, her statements include indicia of reliability, including naming a third-party witness. If she were simply inventing the story, she wouldn’t name another party who could — but in this case has not — simply deny her account.

Fourth, there’s no evidence for why she would fabricate a story. Republicans have provided no evidence that she’s an anti-Republican political fanatic, nor that she’s the sort of deranged person who would air such charges to get attention. She holds responsible positions at important institutions such as Stanford University Medical School, and the GOP offers no evidence in support of attacks on her character.

Finally, some Republicans, including the president, have contended that Dr. Ford’s story should be regarded with skepticism because she didn’t go to the police at the time. But the testimony of so many women who have survived sexual assault, but were unable to speak out, has given the lie to assertions that anyone who suffered a sexual assault would promptly report it.

Ironically, President Trump himself — in his statements in the Access Hollywood tape about grabbing women by their genitals — has confirmed this. Even if we believed that his statement was just “locker room talk,” Trump nonetheless recognizes that a man could sexually assault women with impunity. As he put it, “you can get away with anything” if you’re powerful.

What does Kavanaugh offer in support of his account? Only the statements of some people who know him. This doesn’t say much about whether he attempted a rape when he was in high school.

As a lawyer, then, I see many factors tending to validate Christine Blasey Ford’s account, and little to support Kavanaugh’s. Would this have been enough to convict Kavanaugh, beyond a reasonable doubt, of attempted rape? That’s not entirely clear yet. But it presents a strong enough likelihood that he was an attempted rapist  — and is now a liar and perjurer — that Brett Kavanaugh should not be confirmed to a seat on the high court.

Mitchell Zimmerman is an attorney who devotes much of his practice to pro bono work. Distributed by OtherWords.org.