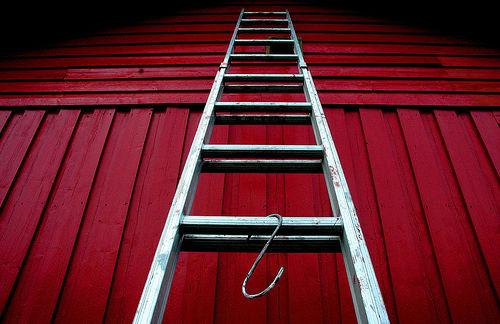 For most people facing poverty today in the United States, the concept of America as the land of opportunity is just a fable.
By Salvatore Babones | January 30, 2012

America is becoming “a country where a shrinking number of people do really well, while a growing number of Americans barely get by,” President Barack Obama declared during his State of the Union address.

The numbers back him up. Executive compensation and the poverty rate are both at or near all-time highs.

Surprisingly, it was Republican presidential candidate Rick Santorum who first made economic mobility an issue in the 2012 elections. Three months ago, he pointed out that children born to poor families rarely grow up to become rich, or even middle class. 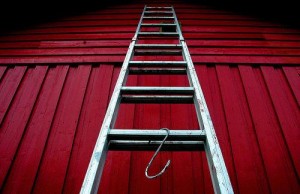 “Believe it or not, studies have been done that show that in Western Europe, people at the lower parts of the income scale actually have a better mobility going up the ladder now than in America,” he said during the October 19 Republican presidential debate in Las Vegas.

In early January, when The New York Times picked up on Santorum’s comments and explored the fact that American incomes are increasingly immobile across generations, it made a big splash in the media. Now, Obama’s aspiration to “restore an economy where everyone gets a fair shot” is going viral.

Santorum is right about mobility. Academic studies typically show that around 40-45 percent of income differences are transmitted from one U.S. generation to the next. This is about twice as high as the equivalent figures in Western Europe and Australia.

Unfortunately, American immobility is an even bigger problem than that.

In a highly technical report from the Federal Reserve Bank of Chicago, economist Bhashkar Mazumder shows that prior researchers have seriously underestimated the degree to which children inherit their parents’ positions in society.

The new best estimate is that the intergenerational stickiness in income is around 60 percent. In other words, over half of a person’s economic status in life is predetermined at birth.

Mazumder, the director of the Chicago Census Research Data Center, concludes that it would take an average of five generations for a family’s offspring to rise from low income to middle income.

This doesn’t mean that all of a poor family’s descendants will be poor for six generations, but it does illustrate just how slowly family incomes change in America.

It wasn’t always this way. Time was when opportunities for advancement in America were expanding, not contracting.

Another study from the Federal Reserve Bank of Chicago shows that intergenerational mobility increased continuously from 1940 to 1980. Only then did it start to fall.

By 2000 (the final year of the study covered), mobility in America was lower than where it had started in 1940.

Obama and Santorum are right to argue that the government has a responsibility to foster an economic environment that encourages intergenerational mobility. And the American people agree with them.

The top three things Americans told Pew that the government should do? Provide all children with a quality education, promote job creation, and ensure equal opportunity — all of which Obama called for in his address.

In the end, the best way to promote upward mobility is to give people a helping hand. It’s not enough to get government out of the way. Government can and should be part of the solution.