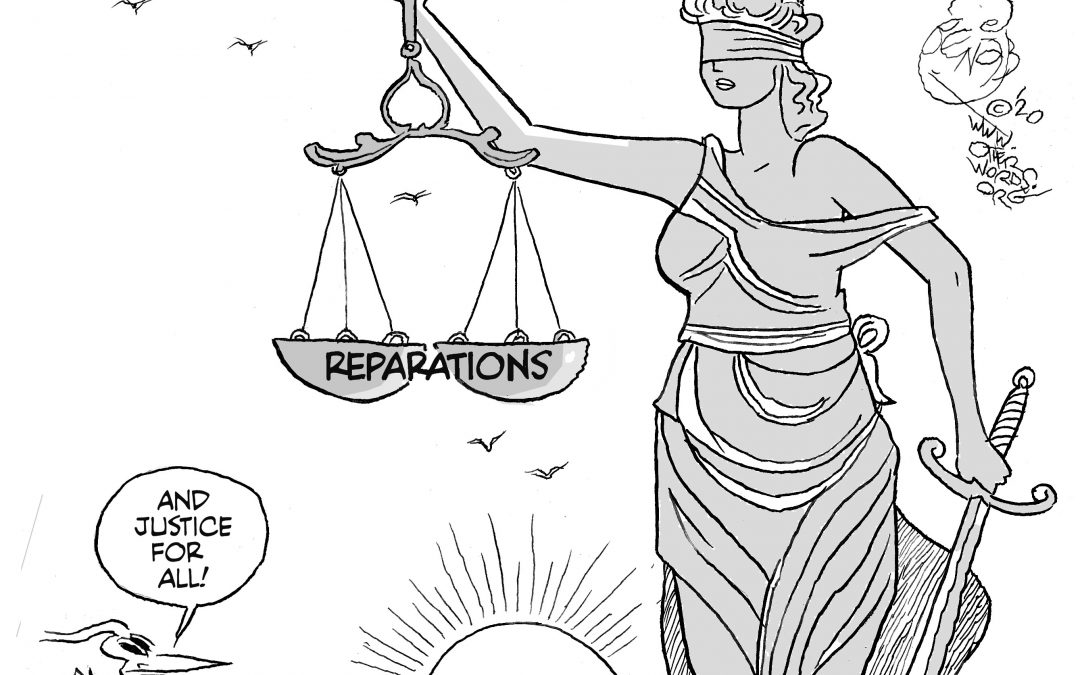 This week, presumptive Democratic presidential nominee Joe Biden picked Kamala Harris as his running mate. We’ll have more to say on Harris and the 2020 election in the coming weeks.

For now, unrest continues in major cities over police violence, and President Trump has deployed federal troops to several. This week in OtherWords, the Rev. Dr. Susan K. Williams Smith argues that these deployments aren’t about “law and order,” but the opposite.

Meanwhile, with schools reopening in much of the country, Sidney Miralao argues that, even where in-person learning is resuming, one group shouldn’t be coming back: military recruiters.

Wear a Mask if You Can, But Don’t Bully Those Who Can’t | Jill Richardson
There’s a more compassionate way to stay safe than harassing someone who might be disabled.

This Pandemic Brings Out the Worst in Our CEOs | Jim Hightower
Last year, CEOs signed a pledge to be better corporate citizens. Then the pandemic hit.

Re-balancing the Scales | Khalil Bendib
Liberty and justice for all means making reparations.

The Supreme Court Just Made the Case for Medicare for All | Sophia Paslaski
The Court says employers can refuse to cover birth control. This is why care shouldn’t be tied to employment.

Happy 30th Birthday, ADA. What’s Next? | Jill Richardson
We need a system where people with disabilities are universally included by design — not “accommodation.”

Peter Certo is the editorial manager of the Institute for Policy Studies and editor of OtherWords.org