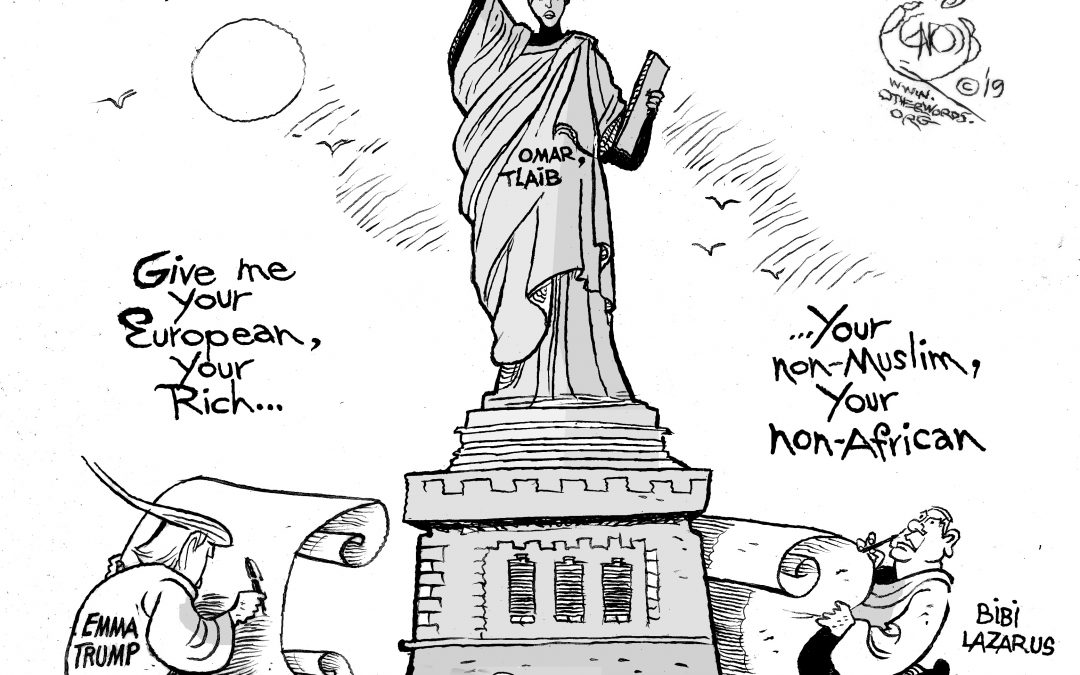 This week marks 400 years since the first enslaved people were brought to America's shores
By Peter Certo | August 21, 2019

This week marks 400 years since the first enslaved people were brought to America’s shores. In OtherWords, Jessicah Pierre explains how that four-century legacy is a lived reality today, not ancient history.

Meanwhile, we offer a pair of powerful first-hand accounts on the politics of immigration.

Josue De Luna Navarro tells the story of hiding in the closet as a 10-year-old, fearful that immigration authorities were about to take him or his parents away. And George Goehl relates how one community got left holding the bag after hundreds of immigrant workers were deported — only to leave an empty factory behind.

Also this week, Daphne Wysham reports on the bipartisan political ties of the people trying to keep America hooked on fossil fuels. Jim Hightower explains who’s getting rich of Trump’s farm bailouts. And finally, as the school year gets underway, Jill Richardson explains what the Americans with Disabilities Act means for the classroom.

400 Years After Slavery’s Start, No More Band-Aids | Jessicah Pierre
It’s time to heal the deep wounds of racism — not only to ensure equity for African Americans, but for our entire economy.

What It’s Like to Grow Up Hunted | Josue De Luna Navarro
When I was just 10, I already knew what it was like to plan for a future without my parents.

Trump’s Re-election Strategy: Pit Us Against Each Other | George Goehl
I’ve seen firsthand how communities get hung out to dry when politicians scapegoat immigrants for the crimes of corporations.

As the School Year Starts, I’m Grateful for the ADA | Jill Richardson
As a teacher, I want my students to have the same opportunity to level the playing field I did.

Just Who Got Trump’s Farm Bailouts? | Jim Hightower
Rich families cashed in on over half the bailout money set aside for farmers hurt by Trump’s trade policies.

The Statue of Liberty, Revised | Jim Hightower
Did Emma Lazarus get it wrong?

ICE: You’re Not Welcome in the South | Justin Vest
I’m sick of the government claiming it “protects” me by locking up my immigrant neighbors while their kids are at school.

Red State Rip-Off | Negin Owlaei
If you’re a minimum wage worker in a conservative state, your state lawmakers may have cut your paycheck by over $4,000.

Race Is a Social Construct. It Still Matters. | Jill Richardson
From the colonial era to the El Paso shooting, the social impact of race is enormous.