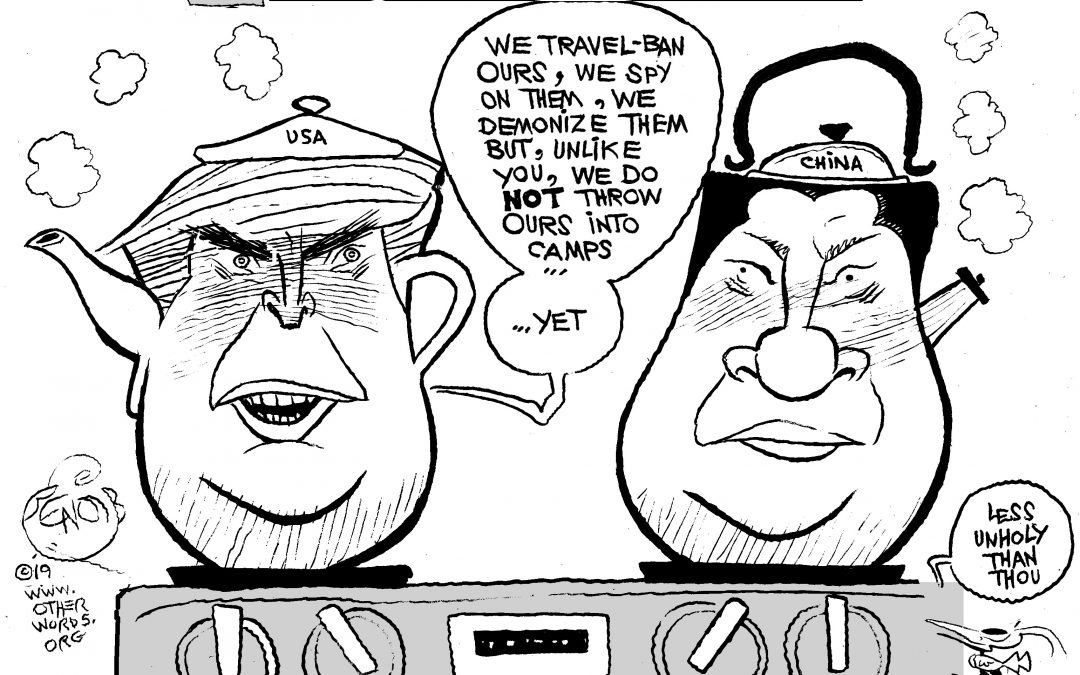 As the House rolls out articles of impeachment against President Trump, Rev. Susan K. Williams Smith finds a parallel with a much older practice in U.S. politics.
By Peter Certo | December 11, 2019

As the House rolls out articles of impeachment against President Trump, Rev. Susan K. Williams Smith finds parallels between the Ukraine affair and a much older practice in U.S. politics: voter suppression, particularly of black votes. Even as Trump fights to save his own presidency and erase Barack Obama’s, she explains that Trump’s party learned a great deal from Obama — and has sought to weaponize it against black voters.

Meanwhile, the Trump administration continues “governing” — by finalizing a rule to cut off food aid for 700,000 Americans. This week, Sherry Brennan shares her own story of how growing up on food stamps helped her become a successful adult. Families today deserve the same investment, she argues.

Also this week, Americans not glued to impeachment proceedings are up to something else: holiday shopping. A few can even return to a recently re-opened Toys ‘R’ Us store. As Sarah Anderson explains, the chain’s former workers are organizing to prevent more jobs like theirs from being killed by rapacious private equity firms.

Finally, as a lawsuit against the SAT moves ahead in California, sociologist and educator Jill Richardson explains how standardized testing is biased and unhelpful. Jim Hightower calls out Democratic politicians who tread lightly around universal health care. And Khalil Bendib thinks it’s remarkable that the U.S. is criticizing China’s (certain awful) treatment of Muslims.

A Holiday Comeback for Toys ‘R’ Us? | Sarah Anderson
Retail workers are organizing to make sure private equity firms can’t make money by putting people out of work.

What Trump and the GOP Learned from Obama | Rev. Susan K. Williams Smith
They learned to embrace popular organizing and to fear — and suppress — the black vote.

Standardized Tests Are Biased and Unhelpful | Jill Richardson
Research shows they hurt poor students and students of color, while failing to predict success in college.

Who’s Afraid of Medicare for All? | Jim Hightower
Not ordinary Democrats or independents — just insurance companies, lobbyists, and old-line politicians.

Less Unholy Than Thou | Khalil Bendib
The U.S. is condemning China’s treatment of Uighur Muslims, but not with much moral authority.

End the Wars, Win the Antiwar Vote | Peter Certo
Hard data shows ending our wars would be smart politics — and the first step toward repairing a moral calamity.

Can Plantations Be Redeemed? | Tracey L. Rogers
Thoughtful plantation tours can help us lean into our discomfort — and reconcile a painful past.

Is Marijuana a Gateway Drug? | Jill Richardson
For me, it’s a gateway to pain relief. For others, its prohibition is a gateway to mass incarceration.