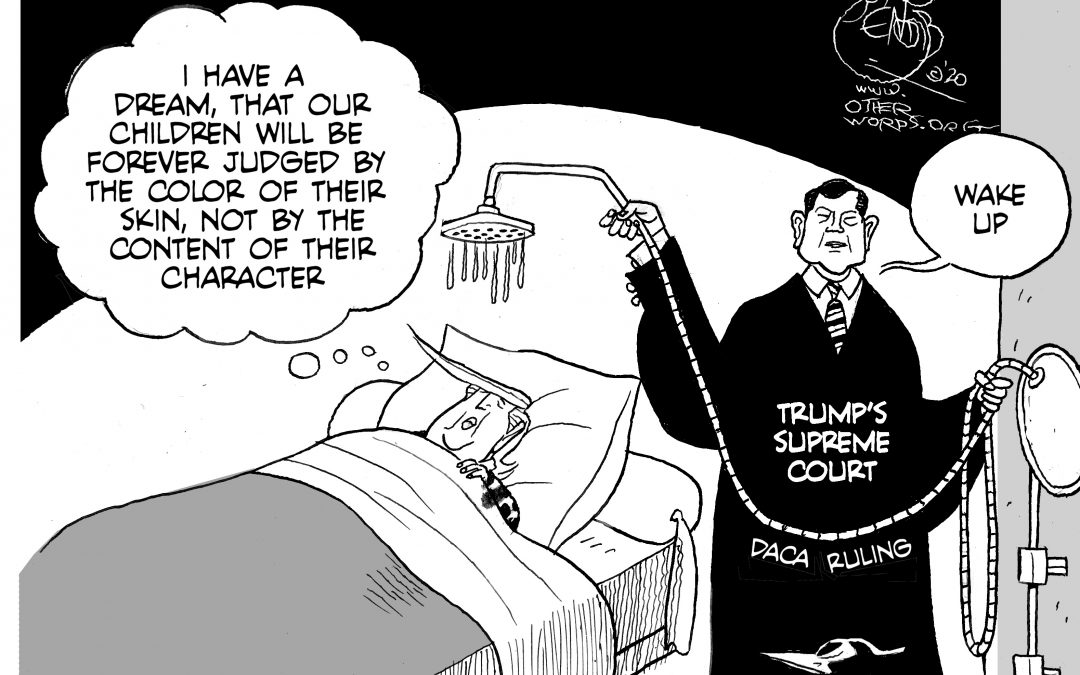 Reflections on the uniquely American shortcomings in our claims to freedom and equality.
By Peter Certo | June 24, 2020

With the Fourth of July coming up, my colleague Robert P. Alvarez reflects on some uniquely American shortcomings in our claims to freedom and equality, especially for people of color caught up in our criminal justice system.

But with the politics of these issues changing so rapidly, he observes, there might be something to celebrate after all.

Land of the Unfree | Robert P. Alvarez
This July 4, let’s lay claim to the freedom and equality we’ve celebrated for centuries, but seldom practiced.

Four Ways to Fight Racism in Your Town | Gloria Oladipo
No matter where you live, there are lots of ways to contribute.

The Far Right’s Absurd War on Masks| Jim Hightower
Low-cost, low-tech masks save lives, but the nutball right has turned them into symbols of tyranny.

The Fight for Equality Just Won a Huge Victory | Karen Dolan
There’s a lot of bad news out there, but I hope we’ll celebrate amid the pain.

A Ridiculous Debate, But a Welcome Ruling | Jill Richardson
Thanks to the Supreme Court, now I have rights that I should have had anyway. Others deserve the same.