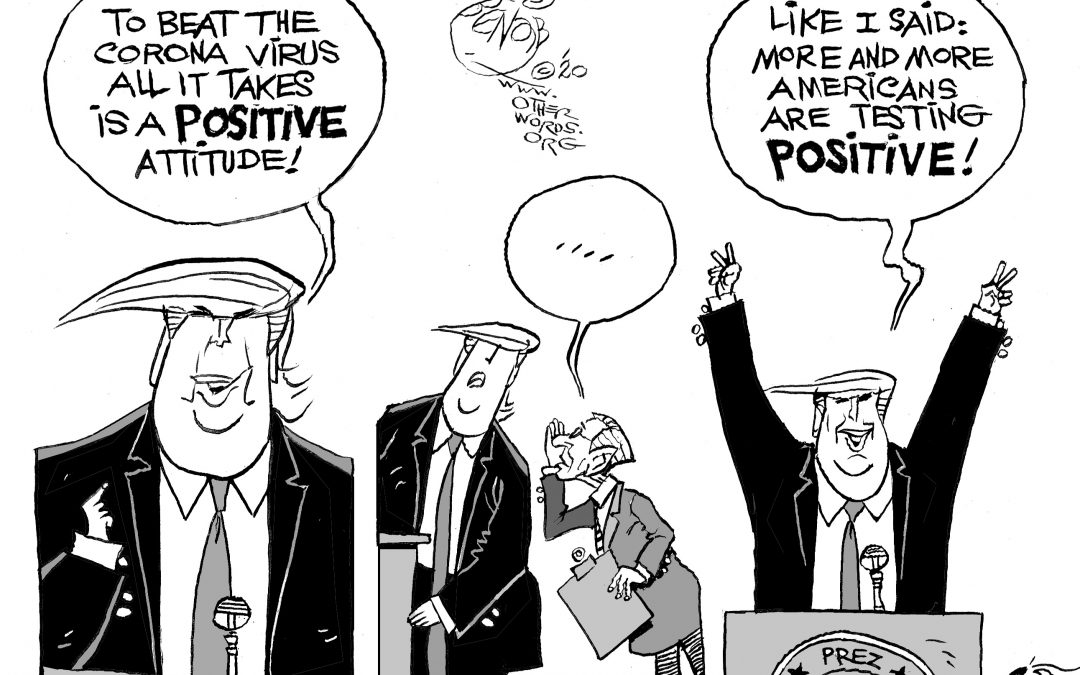 Well, life sure feels different this week. With schools, offices, bars, restaurants, gyms, and public gatherings of all kind grinding to a halt, hundreds of millions of Americans are coming to grips with “social distancing.”

But while it’s necessary for public health in a pandemic, this massive halt threatens to plunge us into a new recession — and recessions, unlike germs, don’t impact us all equally.

This week in OtherWords, Kait Ziegler argues that people aren’t stocking up on toilet paper and groceries only because they’re afraid of a virus. What many of us fear is that our systems won’t protect us when we need them. To fight the fallout from coronovirus, she argues, we can’t just treat the one epidemic — we need to treat our epidemic of poverty, too.

Meanwhile, Jill Richardson notes that from the earliest days of germ theory, reformers have connected disease to poverty, not just germs. It’s time we started taking preventative measures on both counts.

But where there’s a crisis, there’s opportunity. Sarah Anderson and Sam Pizzigati explain how powerful interests typically use crises — like the last Great Recession — to build their own power and deepen existing inequalities. They have several smart ideas for how to prevent that with this crisis.

Also this week, on the anniversary of the House passing the For the People Act (which now sits idly on Mitch McConnell’s desk), Chiraag Bains explains the connection between money in politics and civil rights. And Jim Hightower reflects on the disconnect between what people believe and how they vote.

To Fight Coronavirus, Fight Poverty | Kait Ziegler
Americans aren’t stocking up on toilet paper because we fear a virus. It’s because we fear our system won’t protect us.

Coronavirus and the ‘Shock Doctrine’ | Sarah Anderson and Sam Pizzigati
Powerful interests used the Great Recession to hardwire more inequality into our system. This time, let’s do the opposite.

Money In Politics Is a Civil Rights Issue | Chiraag Bains
Less than 1 percent of the population provides most of America’s campaign funds. It looks nothing like the rest of us.

We’re All in This Together | Jill Richardson
Why we can’t be okay with other people bearing the brunt of a pandemic or recession.

The Opposite of Progressivism? Pessimism | Jim Hightower
Polls show broad support for progressive ideas. So why aren’t more progressives voting for them?

Who’s Ready to Die for Trump’s Ego? | Mitchell Zimmerman
Putting politics ahead of science is a prescription for disaster when you face a pandemic.

You Can Be Free to Vote, Even Behind Bars | Kenyetta Rich
Millions of Americans are wrongly told they’re ineligible to vote because of past convictions or while awaiting trial.