This week marked the 15th anniversary of the U.S. invasion of Iraq. In OtherWords, Brown University expert Stephanie Savell runs the numbers on the human and economic costs of that decision, and they’re simply stunning.

Every American, she writes, has basically contributed a new car’s worth of spending to Bush-era wars that continue to this day.

In other boondoggles, Sergio Avila reports from the southern border on how border wall infrastructure threatens amazing American animals like the jaguar. And Sam Pizzigati questions the idea that billionaires like Elon Musk can save the Earth by planning expensive trips to Mars (and marketing high-tech flamethrowers).

Also this week, ER nurse Liz Hawkins calls #TimesUp on domestic abuse. Jill Richardson explains the virtues of science. And Jim Hightower wonders what use satire is anymore, when it’s basically come to life in the real world.

Finally, cartoonist Khalil Bendib counts the “other shoes” that keep dropping on the White House. 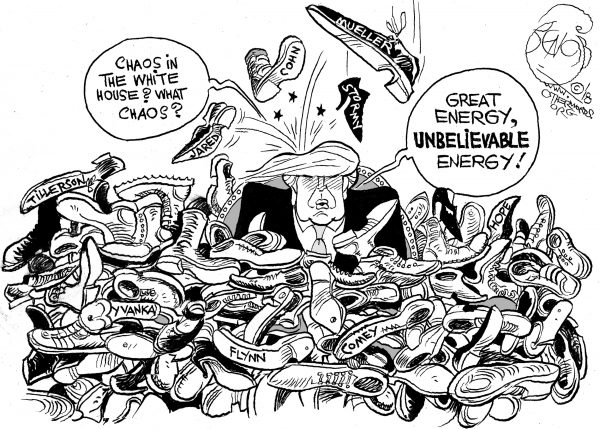