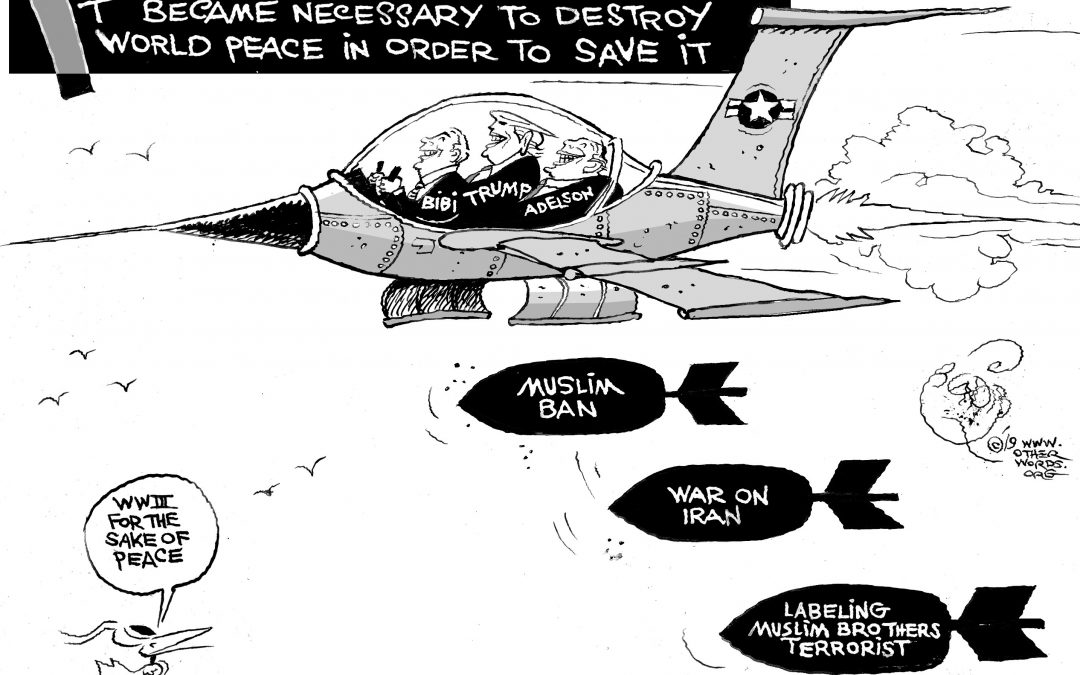 Alabama is poised to make performing an abortion punishable by up to 99 years in prison.
By Peter Certo | May 15, 2019

Alabama is poised to make performing an abortion punishable by up to 99 years in prison. The law is willfully unconstitutional, and that’s the point. In light of developments in Georgia and Alabama, we’ve updated Martha Burk’s argument that this is the most dangerous time for women’s rights in decades. Is burning at the stake next, she asks?

Another increasingly hot-button issue? Voting rights for the currently or formerly incarcerated, a debate now surging into the Democratic primary. Don’t miss Robert P. Alvarez’s argument that if mass incarceration deserves bipartisan concern, so does its impact on democracy.

Speaking of the primary, get ready to hear lots of complaints about “purity tests” as more moderate backers of Joe Biden complain about criticism from supporters of more progressive candidates. This week, Alan MacLeod explains why the oft-derided tests may not be such a bad thing.

Also this week, Jill Richardson reminds us that ExxonMobil knew exactly what it was doing as it churned out fuels that would change Earth’s climate, perhaps irreparably. Josh Hoxie skillfully debunks three common myths about the racial wealth divide. And Jim Hightower looks at the McDonald’s menu and finds… you.

Let Prison Inmates Vote | Robert P. Alvarez
Mass incarceration is now a bipartisan concern. Its effects on our democracy should be, too.

Reminder: Climate Change Was No Accident | Jill Richardson
As far back as 1982, fossil fuel executives knew they were trading a few decades of profits for the entire future of the planet.

‘Purity Tests’ Can Be a Good Thing | Alex MacLeod
When powerful people complain about “purity tests,” it means they’re being pressured in ways they don’t like.

McData: At McDonald’s, You’re on the Menu | Jim Hightower
The company plans to use AI ordering to gather data on your “movement patterns” and license plate number.

Dropping Bombs for Peace | Khalil Bendib
It became necessary to destroy world peace in order to save it.

Save the Planet — with Good Union Jobs | Héctor J. Figueroa and Ben Beachy
The Green New Deal is the best plan yet to push wages up and pollution down.

How Wall Street Drives Racial and Gender Inequality | Sarah Anderson
If the minimum wage had kept up with Wall Street bonuses, it would be worth $33 today, instead of just $7.25.

You Don’t Get to Discriminate Just Because You’re Religious | Jill Richardson
Racial discrimination is illegal even if it’s religiously based. Why should LGBTQ discrimination be any different?