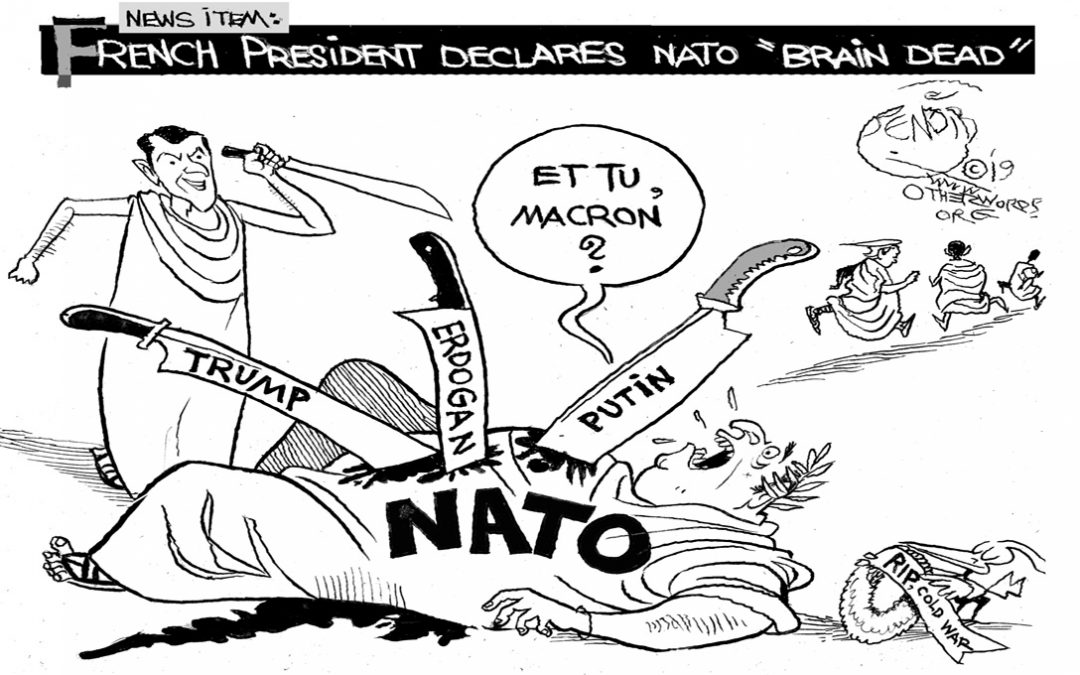 Today, TVs across the country are plastered with the first public impeachment hearings.
By Peter Certo | November 13, 2019

Today, TVs across the country are plastered with the first public impeachment hearings. But just about every other day this month, it seems like Bill Gates, Jamie Dimon, or Leon Cooperman have had the floor. What’s on their mind? The danger of new taxes — or of anyone even thinking there’s anything wrong with billionaires in the first place.

America’s billionaires only number about 600, my colleague Negin Owliaei points out this week. So why does the news so often turn around them?

One reason, she points out, is that they literally own the news. What other perspectives do we miss when they get the whole floor? In addition to taxing them, she concludes, maybe we also need a billionaire ban on our media.

Also this week, Andrea Flynn shares her breast cancer story — and all the ways it could have turned out worse if she’d lived in the wrong zip code or worked for the wrong company. Jill Richardson breaks down the anti-scientific thinking behind the EPA’s new science rules. And Jim Hightower commons on the fast-growing low-wage workforce dedicated to serving the extremely affluent.

Time for a Billionaire Ban | Negin Owliaei
The wealthiest Americans dominate our airwaves. Let’s hear from someone else for a change.

What Breast Cancer Taught Me About Health Care | Andrea Flynn
Your ability to survive a health crisis shouldn’t depend on your employer, zip code, or skin color.

The EPA’s War on Science Continues | Jill Richardson
The EPA wants to ban research that doesn’t violate the privacy of its subjects. That means less science — and fewer rules for polluters.

Waiting on the Wealthy | Jim Hightower
Low-wage jobs catering to the wealthiest Americans are now growing twice as fast as other jobs.

One Way to Honor Vets? Protect the Postal Service | Keith Combs
USPS employs veterans at three times the national rate, but the White House wants to slash these jobs — and our benefits.

If Money Is Tight, Climate Change Is Your Issue | Theo Wuest
40 percent of Americans can’t afford a $400 emergency — and more emergencies are coming.