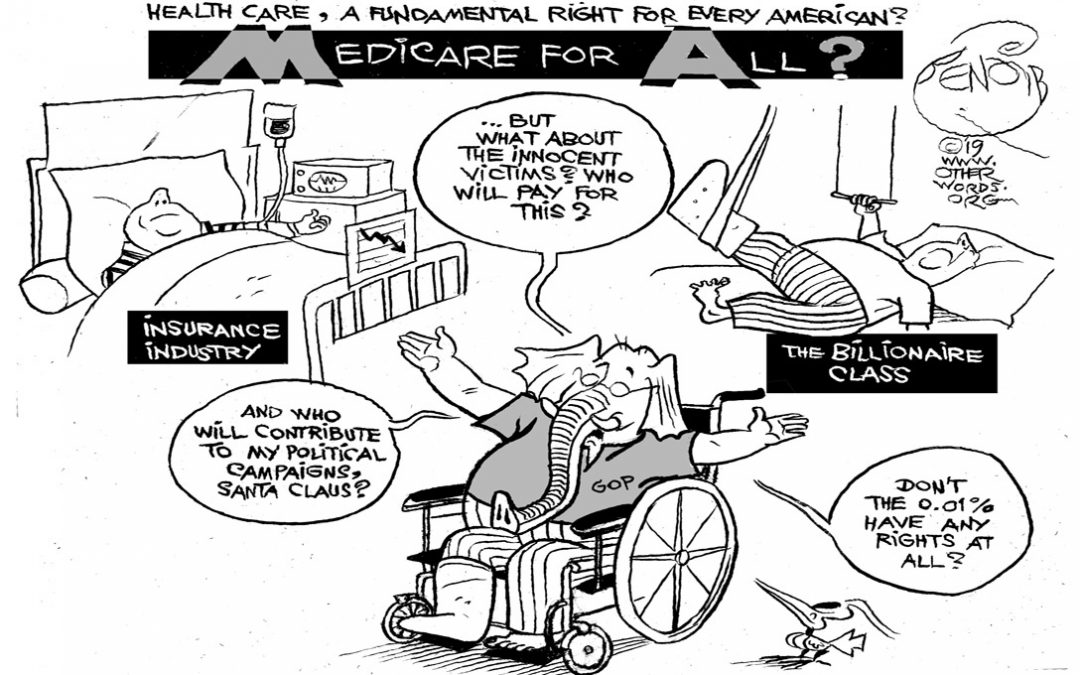 Even if you think you don't have veterans in your life, there's a good chance you interact with one each time you get your mail.
By Peter Certo | November 6, 2019

This weekend, Americans celebrate Veterans Day. Even if you think you don’t have vets in your life, there’s a good chance you interact with one each time you get your mail.

The U.S. Postal Service is one of the biggest employers of veterans in the country, employing vets at 3 times the national rate — and offering them a union and hard-won medical benefits with the deal. But, as Marine veteran and postal worker Keith Combs writes this week, the Trump administration wants to dissolve the postal union, privatize the postal service, and jeopardize hundreds of thousands of jobs — all while raising prices and reducing service. That’s why one of the best ways you can support veterans, he says, is to stand up for the post office.

Also this week, after high-turnout off-year elections saw major Democratic gains in Virginia and Kentucky, Robert P. Alvarez points out that Republicans know they have a problem. But instead of broadening their appeal to more voters, all across the country they’re doing everything they can to prevent people from voting. That’s why he says Republicans, not the Russians, are the real threat to our elections.

One Way to Honor Vets? Protect the Postal Service | Keith Combs
USPS employs veterans at three times the national rate, but the White House wants to slash these jobs — and our benefits.

If Money Is Tight, Climate Change Is Your Issue | Theo Wuest
40 percent of Americans can’t afford a $400 emergency — and more emergencies are coming.

Medicare for All: A Fatal Condition | Khalil Bendib
How will billionaires and insurers survive?

Don’t Call the Police. Call Your Neighbors. | Gloria Oladipo
Police violence is a problem in rural and urban communities alike. By building stronger communities, we can reduce it.

Trump to Small Farmers: Get Lost | Jim Hightower
As hundreds of Wisconsin dairy farms go under, the White House is telling them to clear out for the big guys.