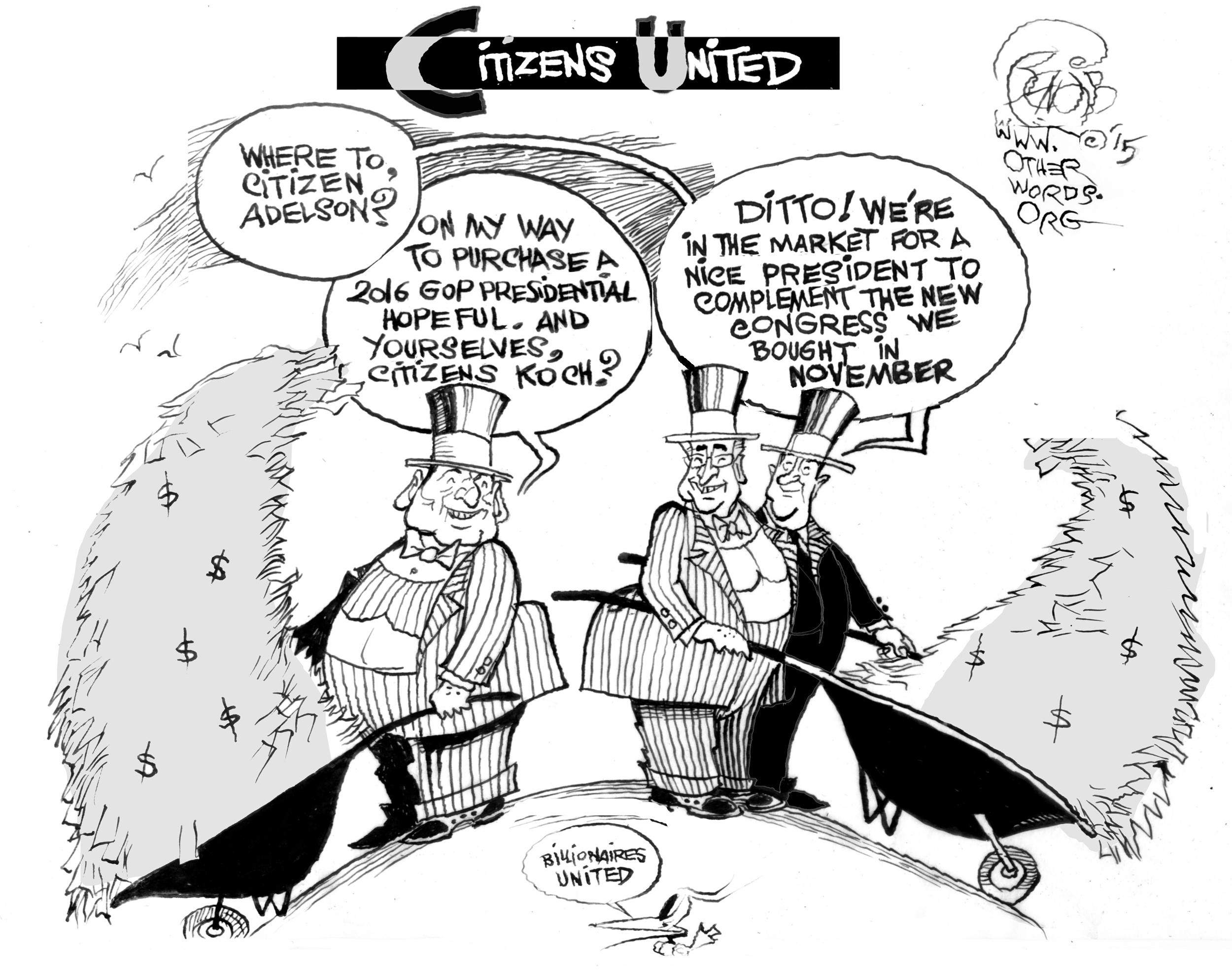 If you thought corporate election spending was bad before, wait till 2016.
By Jim Hightower | March 4, 2015

After the Supreme Court’s democracy-mugging decree that let corporations dump unlimited amounts of money into our elections, a guy named Larry sent me an email that perfectly summed it all up: “Big money has plucked our eagle!”

Thanks to the court’s freakish Citizens United ruling, the Koch brothers have already amassed an unprecedented $900-million electioneering fund for the 2016 cycle, making them the godfathers of tea party Republicanism.

But big money isn’t only corrupting candidates. It’s also greatly diminishing voter participation in what has become a made-for-TV farce. 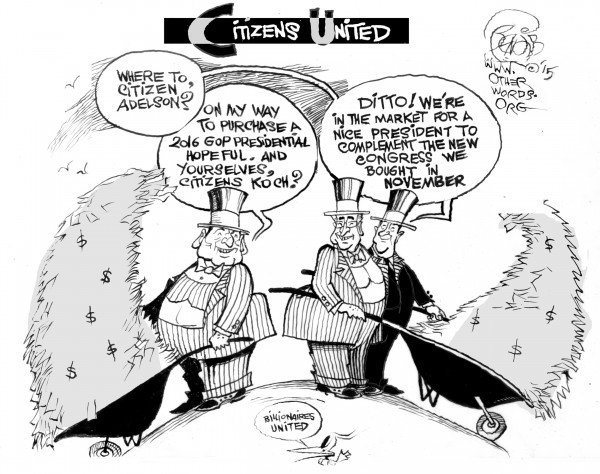 The biggest chunk of cash spent by Koch, Inc. will go right into a mind-numbing squall of nauseatingly negative ads. They won’t explain why we should vote for so and so, but instead will trash the candidates the Koch syndicate opposes.

Worse, voters won’t even be informed that the Kochs paid for this garbage, since the Supreme Court says they can run secret campaigns, laundering their money through front groups to keep voters from knowing what special interests are really behind the attacks.

We saw the impact of secret, unrestricted corporate money in last year’s midterm elections. It produced a blight of negativity and a failure to address people’s real needs.

All that made for an upchuck factor that kept nearly two-thirds of the people from voting. Worst of all, it gave us a Congress owned by corporate elites.

The Koch machine spent about $300 million to get those results. This time, they’ll spend three times more.