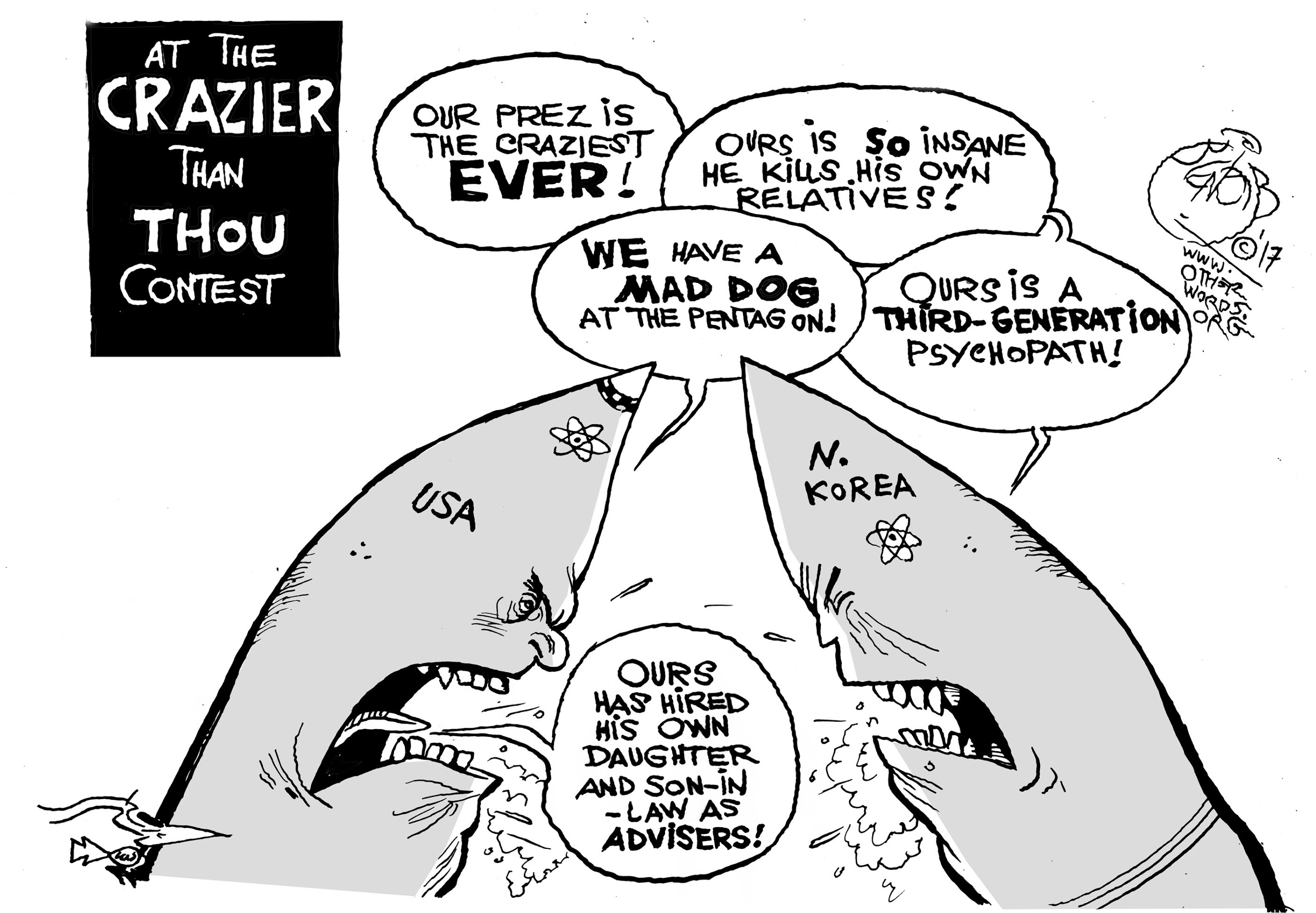 This week in OtherWords, Josh Hoxie looks beyond the headlines at the myths behind inequality in our country. Is it because some people just don’t work as hard? Or is it because we’re all starting at different places?

It’s the latter, he says. Which means telling people to pull themselves up by their bootstraps isn’t enough.

We’ve also got an op-ed from Chuck Jones, the local union leader at an Indiana factory Donald Trump supposedly saved by stopping the Carrier manufacturing company from sending its jobs to Mexico. But now over 1,200 Indiana workers for the same parent company are losing their jobs anyway.

If he’d wanted to, Jones says, Trump could’ve saved those jobs, too — and thousands more like them. This week in OtherWords, he explains how.

Finally, Khalil Bendib imagines the standoff between Donald Trump and North Korean leader Kim Jong-un as it must look to much of the world. 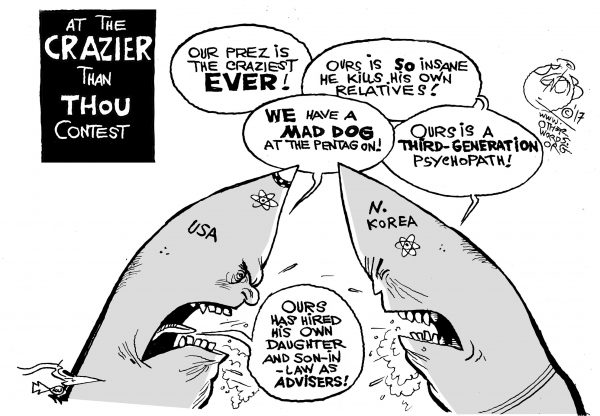