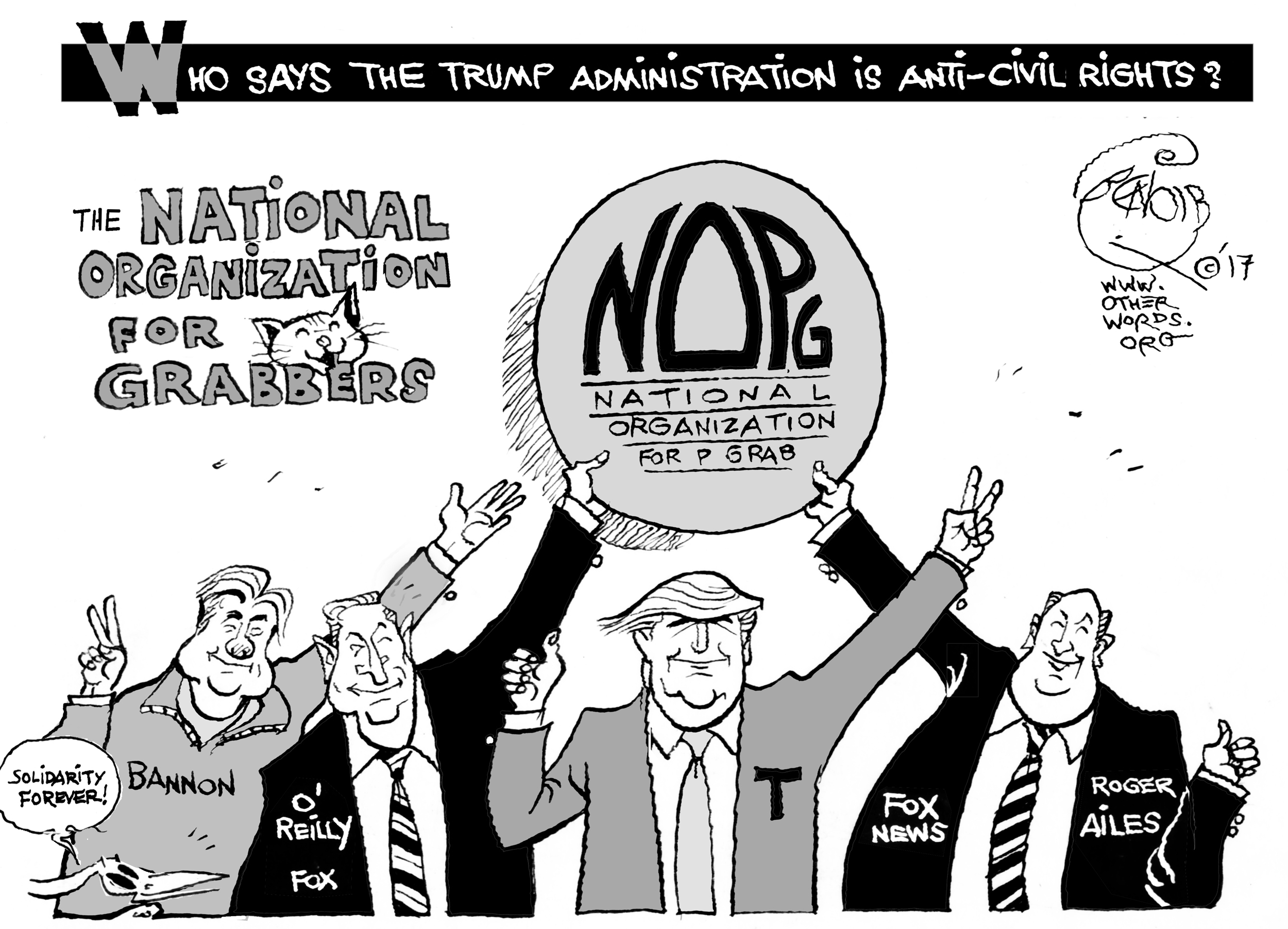 It’s almost Tax Day — have you paid your fair share?

If you’re a Wall Street bank, probably not. This week in OtherWords, my colleague Sarah Anderson reveals how big banks use legal loopholes to get around paying their full tax bill. And she proposes a surprisingly simple fix — call it a Wall Street sales tax.

Also this week, I take a look at the horrendous chemical weapons strike in Syria. Trump’s response — a missile strike on the Syrian regime — was a major flip-flop from his previous statements. Does that mean he could change his mind about letting refugees in, too?

In other news, Ebony Slaughter-Johnson reports on the Trump administration’s efforts to roll back civil rights reforms in our nation’s police departments. Jim Hightower introduces a chapter of nuns in Philadelphia who are taking on one of the country’s biggest banks. And Khalil Bendib illustrates a disturbing connection between Trump and some Fox News personalities.

Finally, if you’re doing any spring cleaning this month, I hope you’ll read Jill Richardson’s column on getting rid of your old stuff responsibly. It’s easier than you’d think! 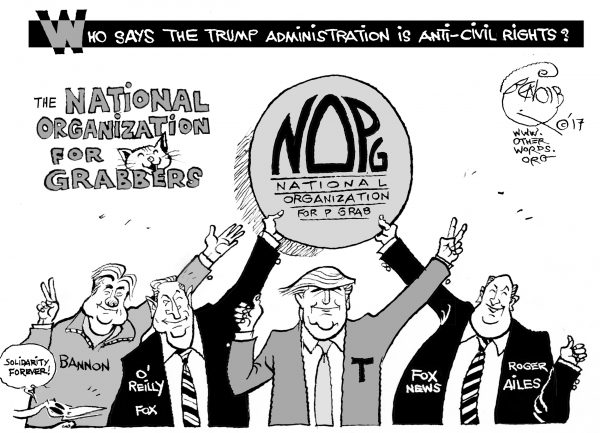