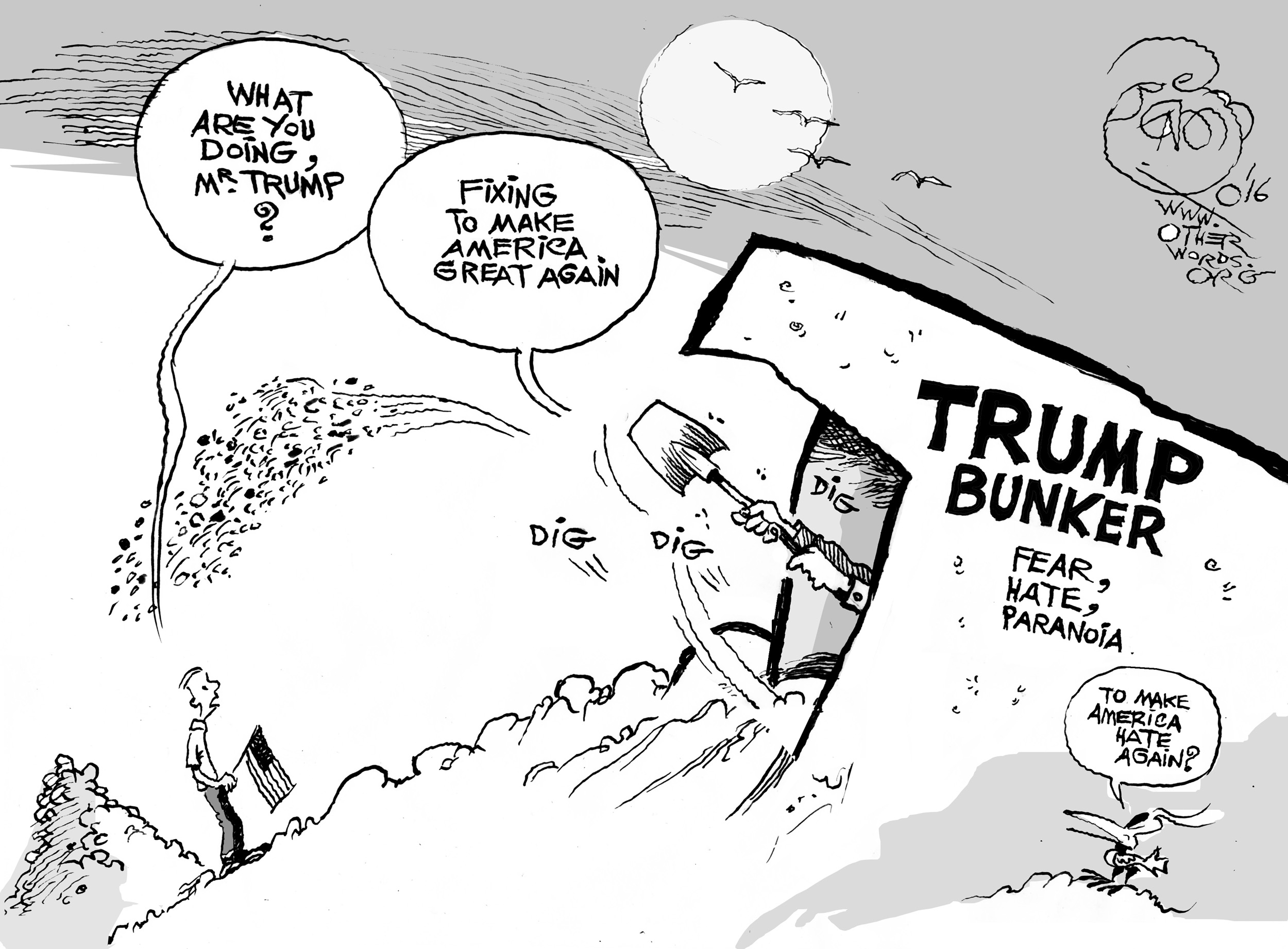 Donald Digs In, an OtherWords cartoon by Khalil Bendib

Wouldn't Humayan Khan be alive still today if not for the war in Iraq that Hillary Clinton supported?
By Peter Certo | August 3, 2016

Like a lot of people, I was deeply moved when Khizr and Ghazala Khan mourned the loss of their son Humayan, a U.S. soldier who was killed in Iraq, in a speech at the Democratic convention.

Humayan never would’ve been allowed into the country if Donald Trump had his way, the Khans said. That’s true, and terrible. But, as I ask in an op-ed this week, wouldn’t Humayan be alive still today if not for the war in Iraq that Hillary Clinton supported?

Meanwhile, in our ongoing look at police violence, Milen Mehari shares what it felt like when police officers pulled their guns on her middle-aged mom over a simple traffic stop.

Also in OtherWords this week, Ava Richardson shares a familiar story about the challenges of eating right, Jill Richardson wonders whether solar energy is really “too expensive,” and Jim Hightower decries the Disney-fication of our national parks.