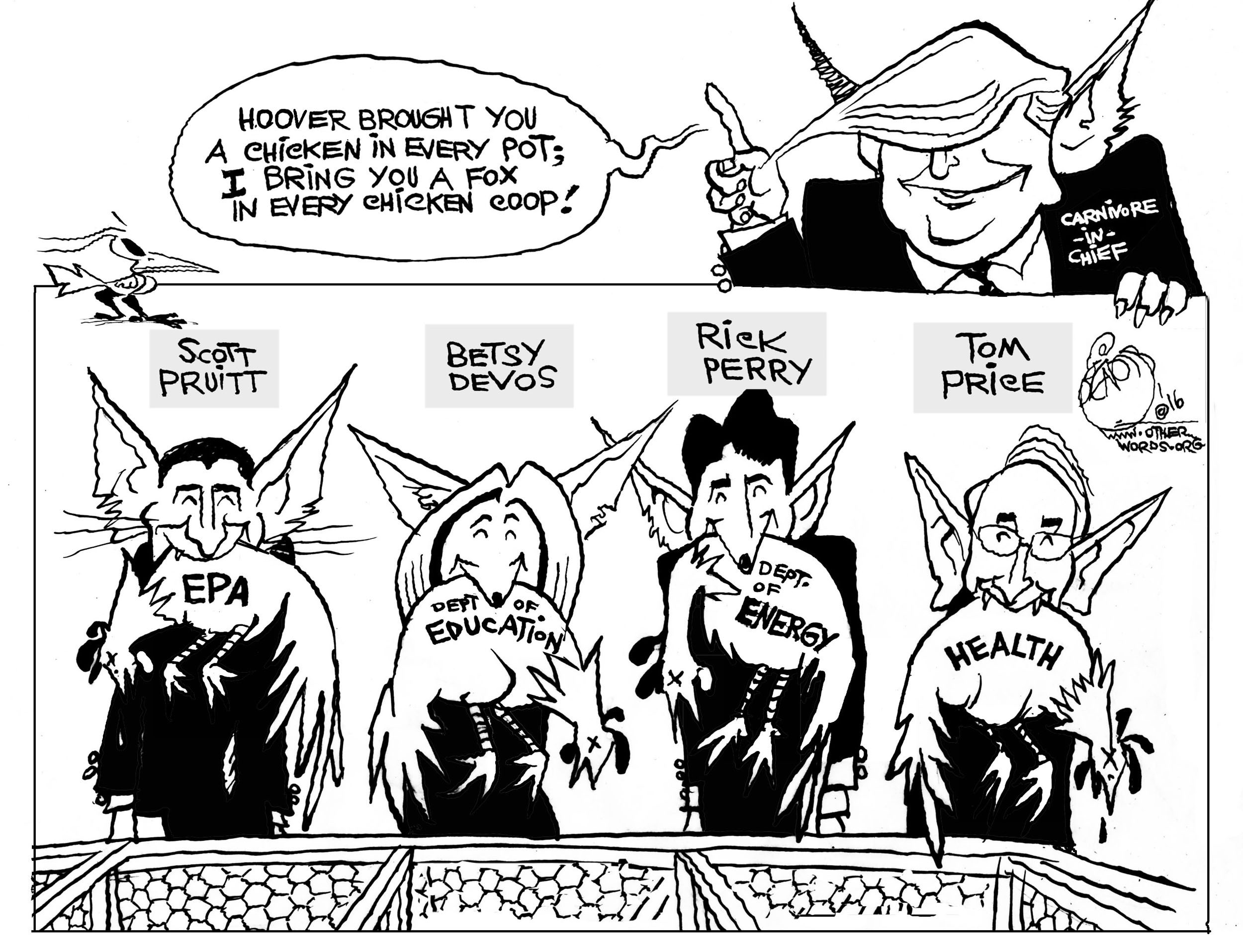 In our first OtherWords package of 2017, Sarah Anderson celebrates some good news: Here in Washington, even while national leaders dug in their heels against paid sick time for families, local small business owners helped bring paid leave to the nation’s capital.

Also this week, just a few days before what’s sure to be an unusually bittersweet Martin Luther King, Jr. Day, Kenneth Worles looks at one of King’s core commitments: economic empowerment for poor people, via home ownership.

But black Americans own homes at barely half the rate of white Americans. Kenneth explains why, and offers a vision for making that part of King’s dream a reality.

In other news, Jim Hightower wonders whether Donald Trump’s professed commitment to taxing companies that outsource jobs extends to his own daughter’s firm. Jill Richardson parses the GOP’s “war on regulations.” And cartoonist Khalil Bendib mocks up Trump’s habit of appointing people to lead cabinet agencies they want to disband. 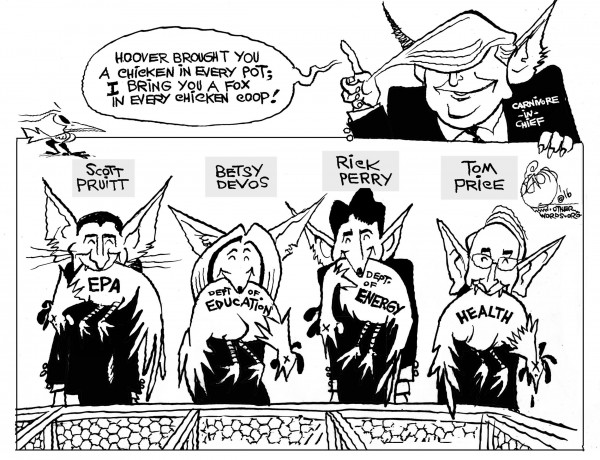