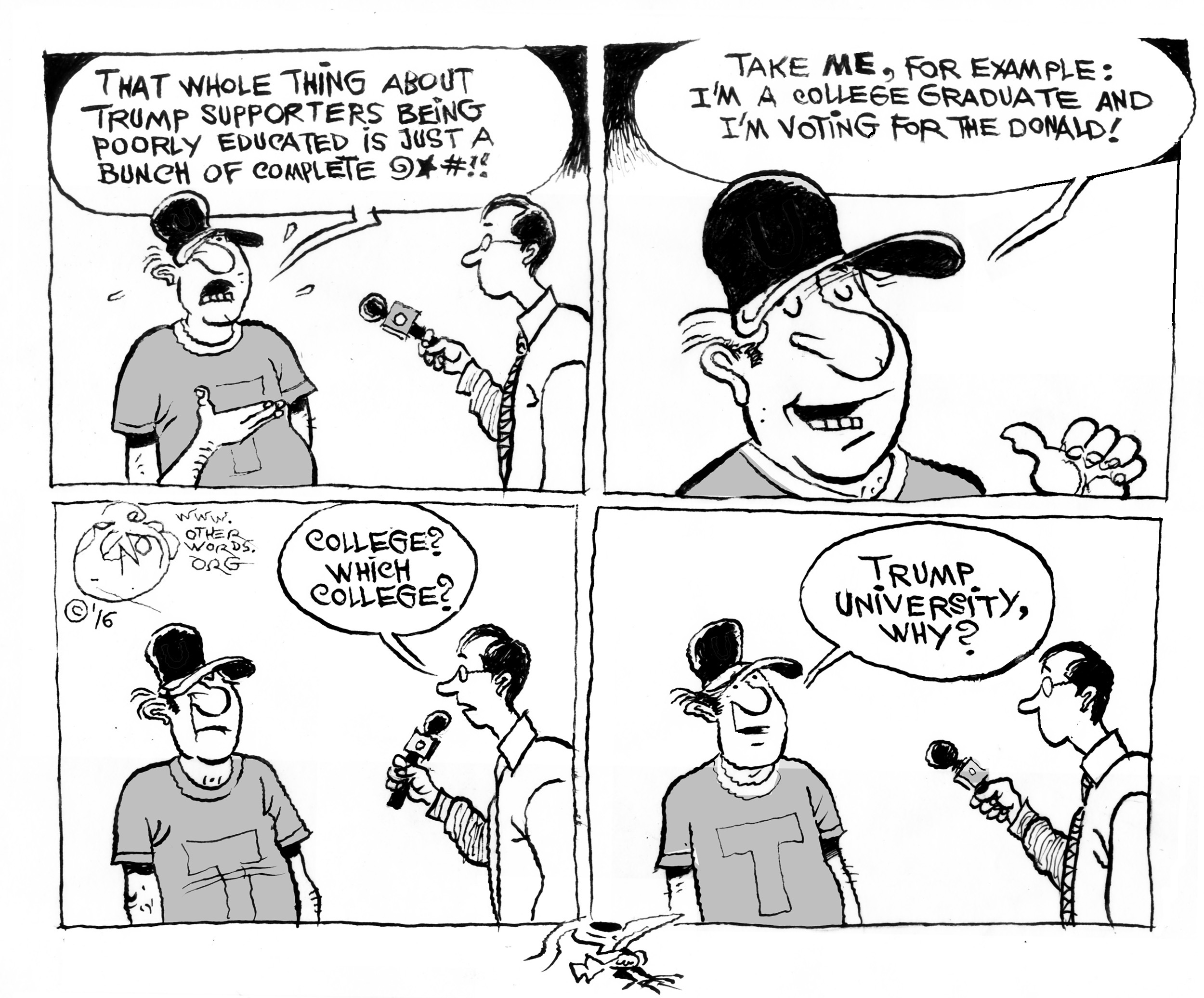 This week in OtherWords, Daphne Wysham explains the terrifying reason environmental activists call oil trains “bomb trains” — and why she was willing to spend her honeymoon in jail to stop them.

Elsewhere, Sam Pizzigati reports on the tricks big banks are using to hike your overdraft fees. With banking CEOs raking in millions, he argues, that kind of chicanery is inevitable. No wonder Jim Hightower says federal prosecutors need to focus on individual bankers that misbehave, and not just the institutions that employ them.

Also this week in OtherWords, Jill Richardson says Donald Trump is hardly the only white person confused about racism. And Khalil Bendib ponders an America populated by Trump University graduates. 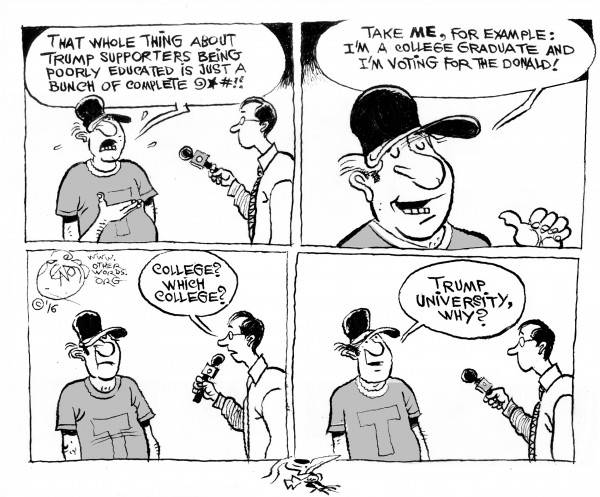