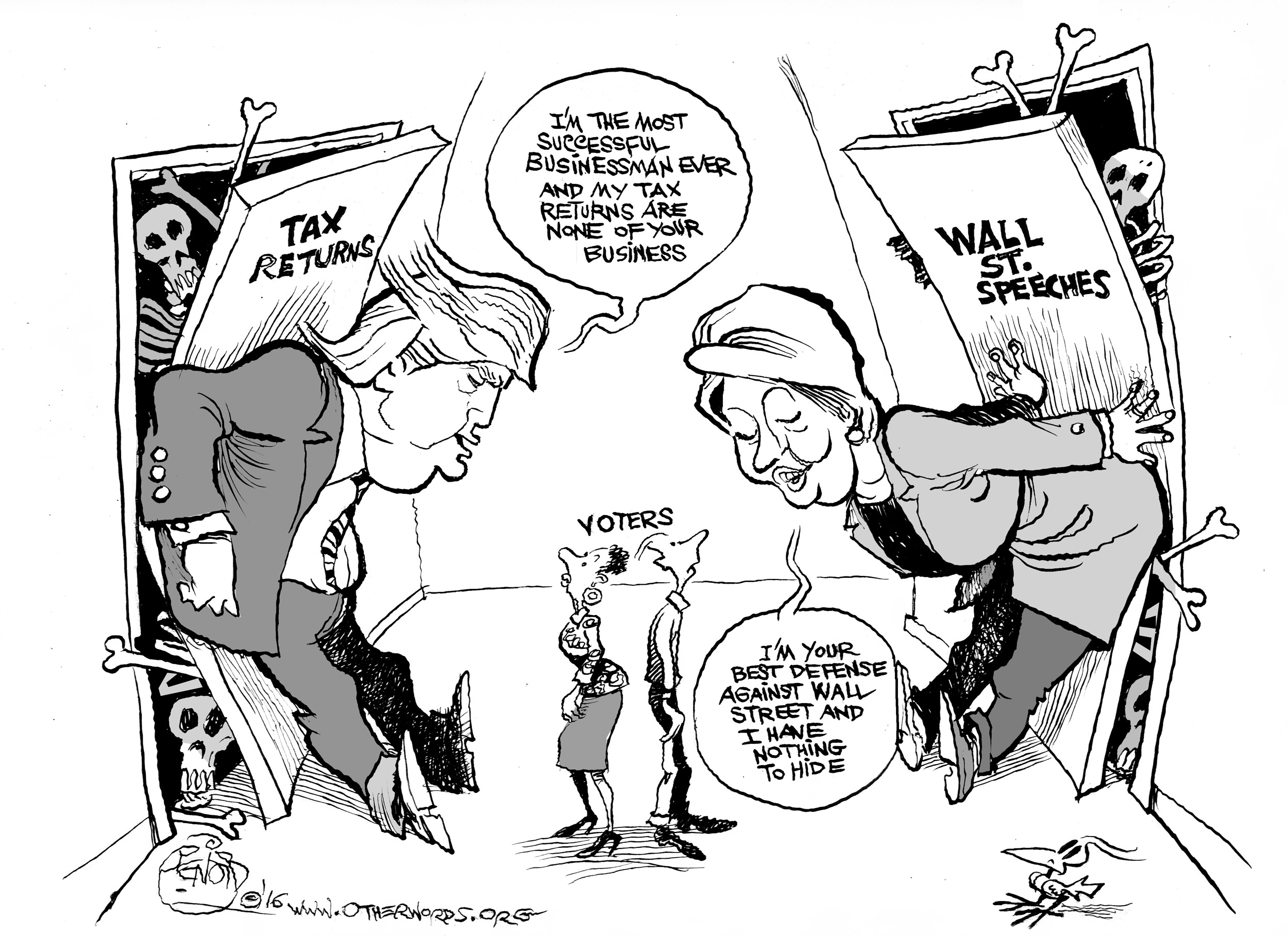 Donald Trump thinks climate change is a hoax, except when it threatens his luxury properties.
By Peter Certo | June 1, 2016

Donald Trump, the presumptive GOP nominee for president, has called climate change a Chinese-orchestrated “hoax” — except along the one Irish beach where he happens to own a luxury golf course and hotel.

There, Janet Redman writes this week, one of Trump’s companies is petitioning the Irish government to build a seawall to protect the property from rising waters caused by climate change. Meanwhile here in the United States, where over 30 million people live in communities that could be flooded within 20 years, the billionaire-turned-politician rails against any climate action whatsoever. Sound fair?

Elsewhere, Sarah Anderson announces an exciting new campaign by people who believe they can turn their anger at Wall Street into action, while Khalil Bendib brilliantly skewers Trump’s and Hillary Clinton’s credibility issues on the subject.