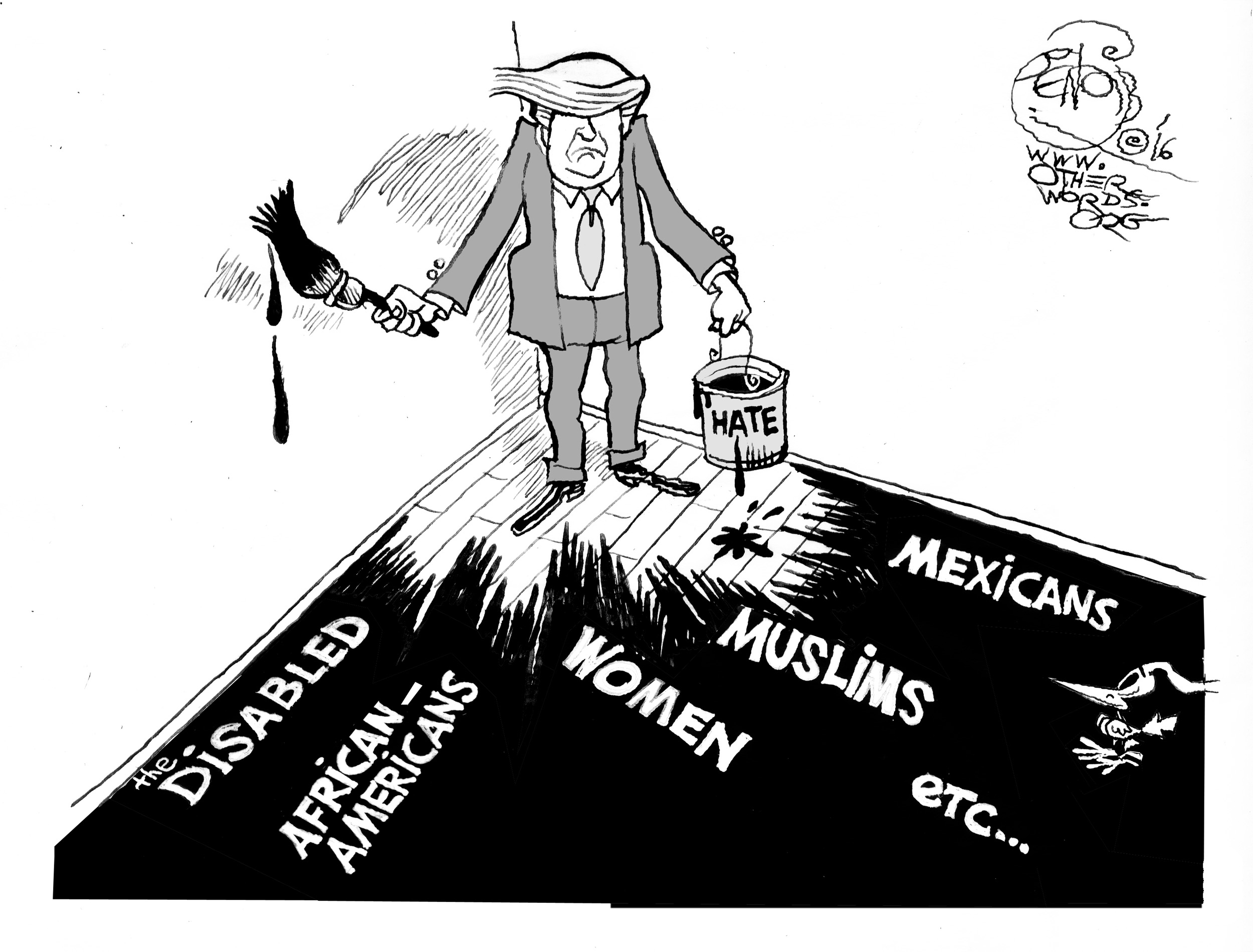 With Bernie fading, Trump comes up for renewed scrutiny.
By Peter Certo | June 8, 2016

After this week’s primaries in California and New Jersey, Hillary Clinton looks to have finally sewn up the Democratic nomination for president.

While important debates will continue inside the Democratic Party over foreign policy, money in politics, and other issues, a certain Donald Trump is also going to come in for renewed scrutiny as we enter the general election season (in case you haven’t heard enough about that guy).

This week in OtherWords, Lucia Martínez calls on the tech companies sponsoring the Republican National Convention, where Trump will be officially nominated, to pull their support. Jill Richardson takes on the border-first immigration policies favored by the Trump faction of the GOP. And Khalil Bendib masterfully illustrates the predicament the candidate has created by alienating one group after another.

Also this week, Josh Hoxie looks at the Republican Party’s war on the IRS, and Jim Hightower scoffs at the emerging “gig economy.”

We’ll have much more to come on both major-party candidates soon. 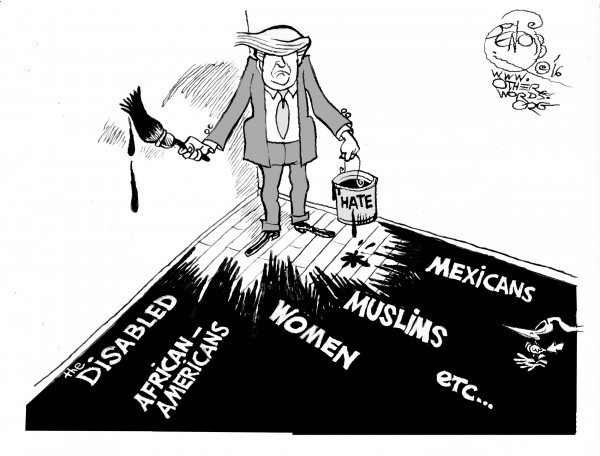