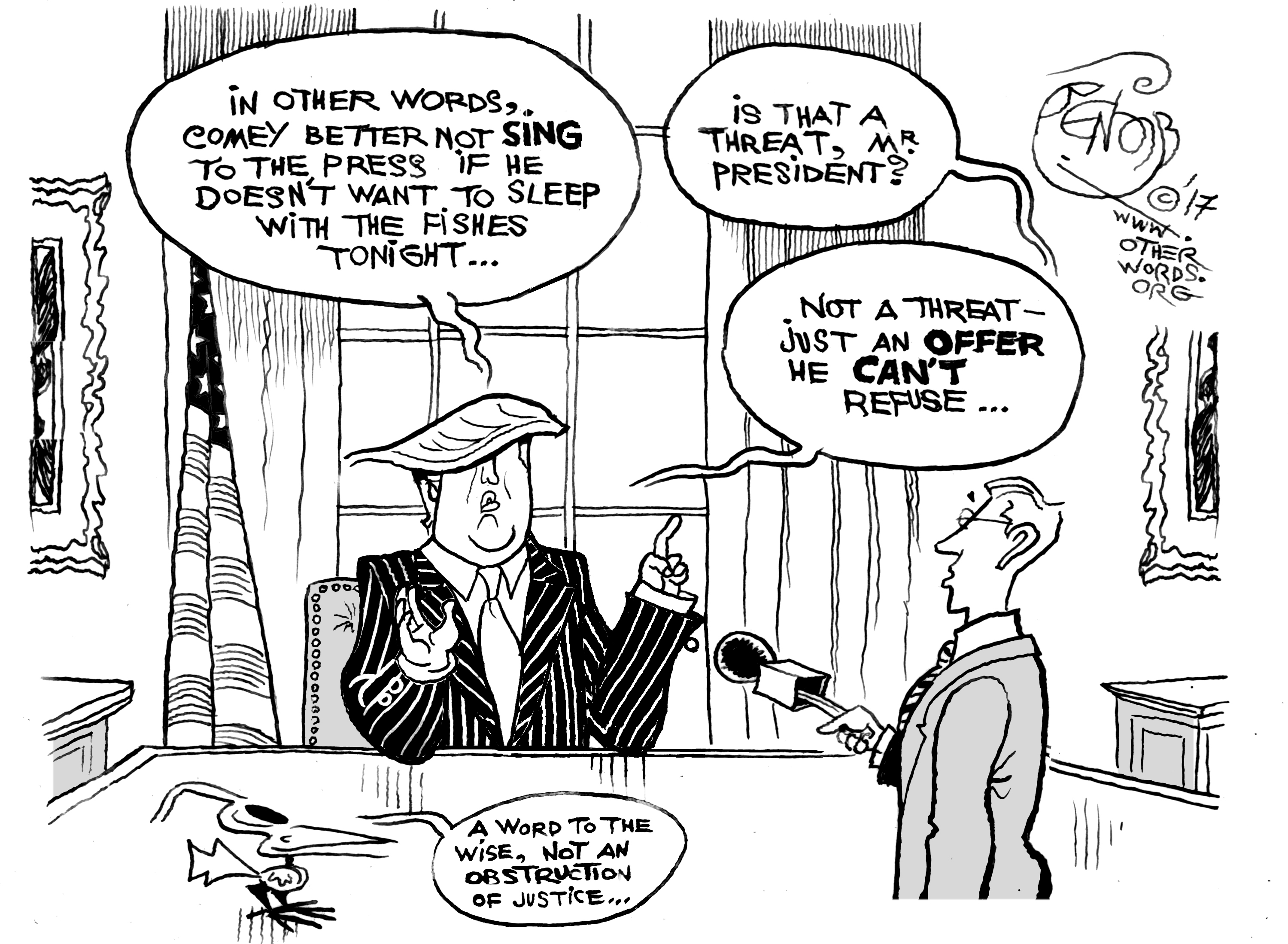 The president didn’t just want the FBI to stop investigating his friend Mike Flynn. He wanted it to arrest journalists.
By Peter Certo | May 17, 2017

Jim Comey — there’s a name you’ve probably heard this week. The former FBI director, recently fired by Donald Trump over his probe of the evolving “Russiagate” scandal, apparently recorded a memo detailing a conversation with Trump that troubled him.

The president, the New York Times reports, wanted Comey to halt his investigation of Michael Flynn, the Trump confidant who was ousted from the National Security Agency for lying about his own contacts with the Russians.

That’s the big news this week. But there was another little bombshell in that report, as I explain this week: Comey said Trump also wanted him to start arresting journalists. Is the White House living up to its reputation for authoritarianism? (Cartoonist Khalil Bendib certainly thinks so.)

Meanwhile, Chuck Collins looks into the recent push by Congress to cut taxes for the wealthy while potentially throwing millions of Americans off their health plans. But health care costs, he explains, are the real drag on the U.S. economy — not taxes.

Also this week, Adam Johnson takes a critical look at George W. Bush’s recent art exhibits. It’s not the paintings he’s criticizing — it’s the subject matter. And Jim Hightower reports on a Koch-funded effort to push corporate-friendly legislation through statehouses all over the country. 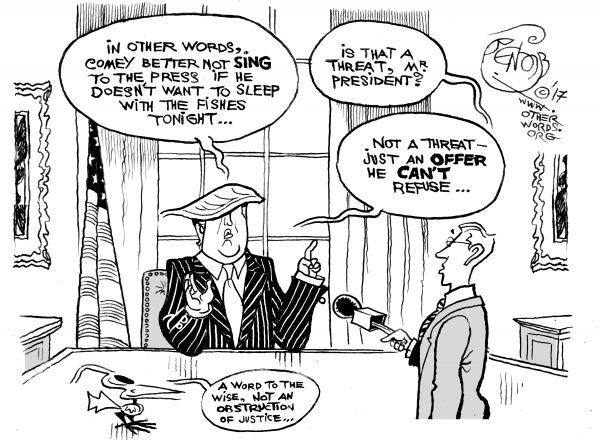