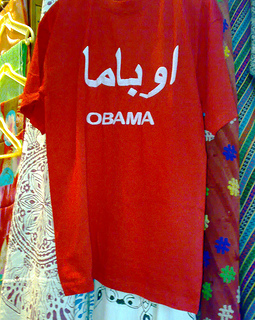 Unless you have something better that can replace a brutal regime like Assad's government in Syria, what can you accomplish with military intervention?
By Donald Kaul | May 8, 2013

Can you hear it? Conservatives are beating their war drums and banging their tambourines, trying to gin up support for U.S. intervention in Syria.

Republican Senators John McCain of Arizona and Lindsey Graham of South Carolina have been particularly vocal about their desire to get us deeply embroiled in yet another Middle Eastern conflict.

They want us to arm the rebels and establish a no-fly zone to keep Syrian President Bashar al-Assad from bombing his own people, 70,000 of whom have been killed in that miserable war. They don’t want us to put “boots on the ground” — not yet — although they don’t say how we’re supposed to avoid that if things go south.

The surge in enthusiasm for intervention came after reports that Assad may have used poisonous sarin gas against rebel forces.

All of which presents a grave moral dilemma for President Barack Obama. He has said Syria’s use of chemical weapons would constitute a “red line” that would require an American response. But he didn’t say what the response would be.

Arming the rebels, however, would present its own set of problems. How do we know the people we arm wouldn’t eventually turn those weapons against us? It’s not a hypothetical question. Remember those “freedom-fighting” mujahideen who were supposedly our allies when they fought the Soviets in Afghanistan but then brutally oppressed Afghanistan’s women and killed our troops?

If we don’t do anything, will that be a signal to our enemies that we lack resolve and are weak? As the gentleman from South Carolina put it: “If we keep this hands-off approach to Syria…we’re going to start a war with Iran because Iran’s going to take our inaction in Syria as meaning we’re not serious about their nuclear weapons program.”

Graham exaggerated how “hands-off” our Syrian policy has been, but he applied typical Republican logic when he called for to waging one war to prevent another. Haven’t we seen this movie before?

We went into Afghanistan to avenge ourselves against bin Laden for the 9/11 attacks and stayed to rid the Afghan people of the scourge of the Taliban, which we did…for a while.

We went into Iraq to rescue the country from Saddam Hussein’s tyranny, which we did. The Iraqis have been killing each other ever since.

We pressured Hosni Mubarak to relinquish power in Egypt and the people elected a Muslim government that seems to be morphing into a repressive, authoritarian, Mubarak-style regime.

You can talk in high-minded terms about confronting evil where you find it because you are the high and mighty United States of America. But unless you have something better that can replace it, what have you accomplished?

Personally, I think that you never have to apologize for not wanting to get into a war. Even if a war is justified (which most aren’t) it doesn’t hurt to have a few dissenters arguing for a way to avoid it.

One my favorite politicians of all time is the pacifist Jeannette Rankin of Montana. Almost immediately after becoming the first woman elected to the House of Representatives in 1916, she voted against our entry into World War I.

She was defeated in the following election but was elected again 24 years later — when she cast the only vote against our entry into World War II.

That’s my idea of a Profile in Courage.