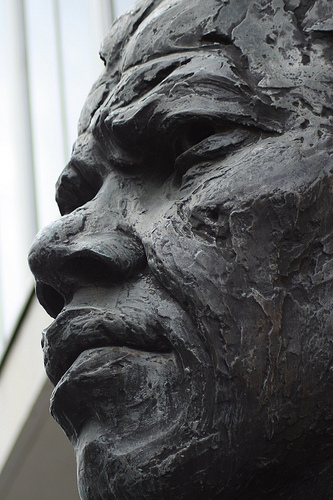 In forgiving his enemies, he achieved true greatness.
By Donald Kaul | August 28, 2013

The year 2000 marked not merely the end of a century but the end of a millennium, a thousand years of history. The media’s desire to fill empty space with naming “the Person of the Millennium” became all the rage.

George Will, the unfailingly smug conservative columnist, made Thomas Jefferson his top dog of the last millennium. According to Will, Jefferson was our version of a Renaissance man, renowned as a scientist, architect, writer, politician, and political thinker. It was he, as much as anyone, who articulated the ideals of his country, awakening minds throughout the world to the possibilities of freedom and equality. 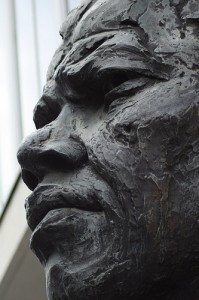 Jefferson’s halo has lost a little of its glitter in the succeeding years, what with the Sally Hemmings story and all. Even back then, I didn’t consider it a good choice. I said (silently) “Gee George, you’d think with 1,000 years to choose from you could have picked someone who didn’t own slaves.”

Besides, if America had a Renaissance man in the colonial era, it was surely Benjamin Franklin. The best-selling author and hugely popular philosopher was one of the colonies’ most successful businessmen, an accomplished diplomat, a skillful politician, and, to top it all, a self-made man. Plus he had a wonderful sense of humor, a vice of which Jefferson was innocent.

I was about to nominate Franklin as my Man of the Millennium, when I learned that he too owned a slave. It was nothing on scale of plantation-owning Jefferson. But Franklin had an African-American manservant whom he “owned.”

And, when you think about it, he never did have much to say about slavery, for or against. That was a deal-breaker for me. Who then?

I finally came up with Martin Luther, the father of the Reformation, who broke with the corrupt Catholic church of the time and began the process of letting light flood into the intellectual life of Western civilization. It floods yet.

Then someone pointed out that I had chosen one of history’s great anti-Semites as my person of the millennium. His vicious diatribes against Jews formed the template that Hitler was later to trace in his “final solution” to the “Jewish problem.”

Finally, more in desperation than inspiration, I chose Nelson Mandela, the former South African leader and revolutionary. Today, as the 95-year-old appears to be nearing the end of his life, it still doesn’t seem a bad choice.

Allowing for the fact that the very concept of a person of the millennium is silly — 1,000 years is just too long a time-frame to pick a single figure, however heroic, above all the rest — he can certainly be counted among the great national leaders of history.

Mandela’s greatness lay not merely in his ability to stand up to the cruel forces of apartheid in South Africa and prevail. It was the much more rare ability, once he had taken power, to forgive his enemies.

In the early years of his struggles against the racist South African government, which included 27 years in prison, he was not the universally respected figure he was to become. Margaret Thatcher, for one, considered him to be a Communist terrorist. And indeed, Mandela made no secret of his Marxist leanings or his feelings that the banks and gold mines of his country should be nationalized.

He was closer in thinking to Fidel Castro than Ronald Reagan.

But when he became president of his country, he realized that retributive policies were a dead end, so he didn’t nationalize the mines or banks. Mandela took no revenge on his enemies. He instead worked with them on issues like land reform, poverty, and health.

If that isn’t unique in the annals of the past 1,000 years, it’s at least exceedingly rare. And for that Mandela deserves whatever honor we can give him.