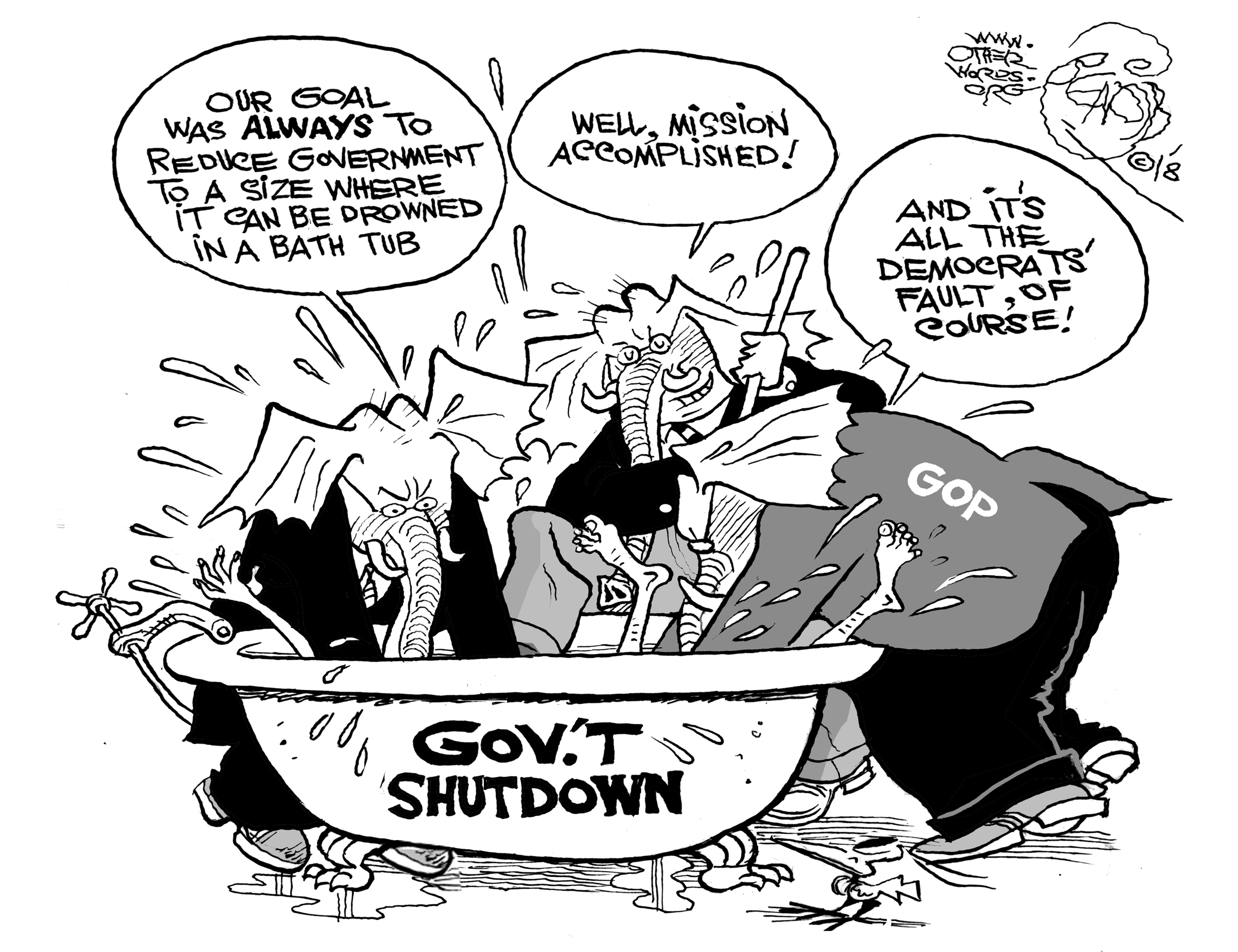 Despite the occasional shutdown, some folks always seem to get their way in government.
By Peter Certo | January 24, 2018

We’re fresh off a brief government shutdown, brought on in part by the president’s move, months ago, to revoke the DACA program that protects around 700,000 undocumented young people.

This week in OtherWords, community college teacher Jill Richardson explains how that decision, along with lots of obstacles students may face, hurts the people she teaches.

Meanwhile, despite the occasional shutdown, some folks always seem to get their way in government.

Basav Sen shares some remarkable reporting on the role one deep-pocketed coal baron played in setting the Trump administration’s agenda. Sam Pizzigati explains the tragedy unfolding in Kentucky, where billionaire-backed politicians are poised to reverse the state’s miraculous progress in health coverage. And Jim Hightower lays out the rigged game Amazon is playing by turning state and local taxpayers across the country against each other.

Finally, there’s Khalil Bendib’s cartoon, illustrating the old GOP maxim about reducing government to a size “where it can be drowned in a bathtub.”

Also this week, Olivia Alperstein takes a look at the more modern anxieties about evil reflected in the new Star Wars film. If Darth Vader was a Nazi supervillain, Kylo Ren is more like an angsty teen in the sway of the modern alt-right. Both challenge the rest of us to consider how we’d respond. 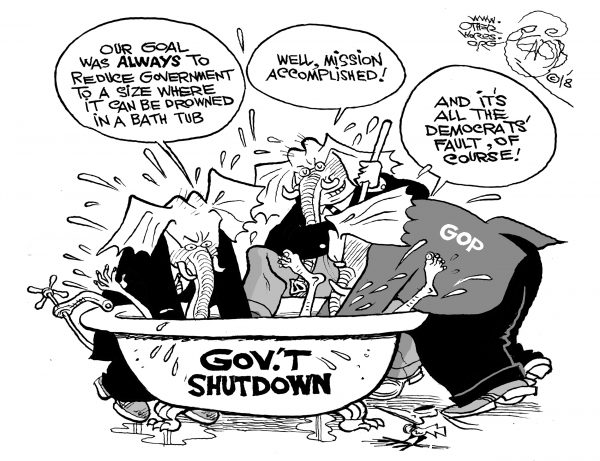