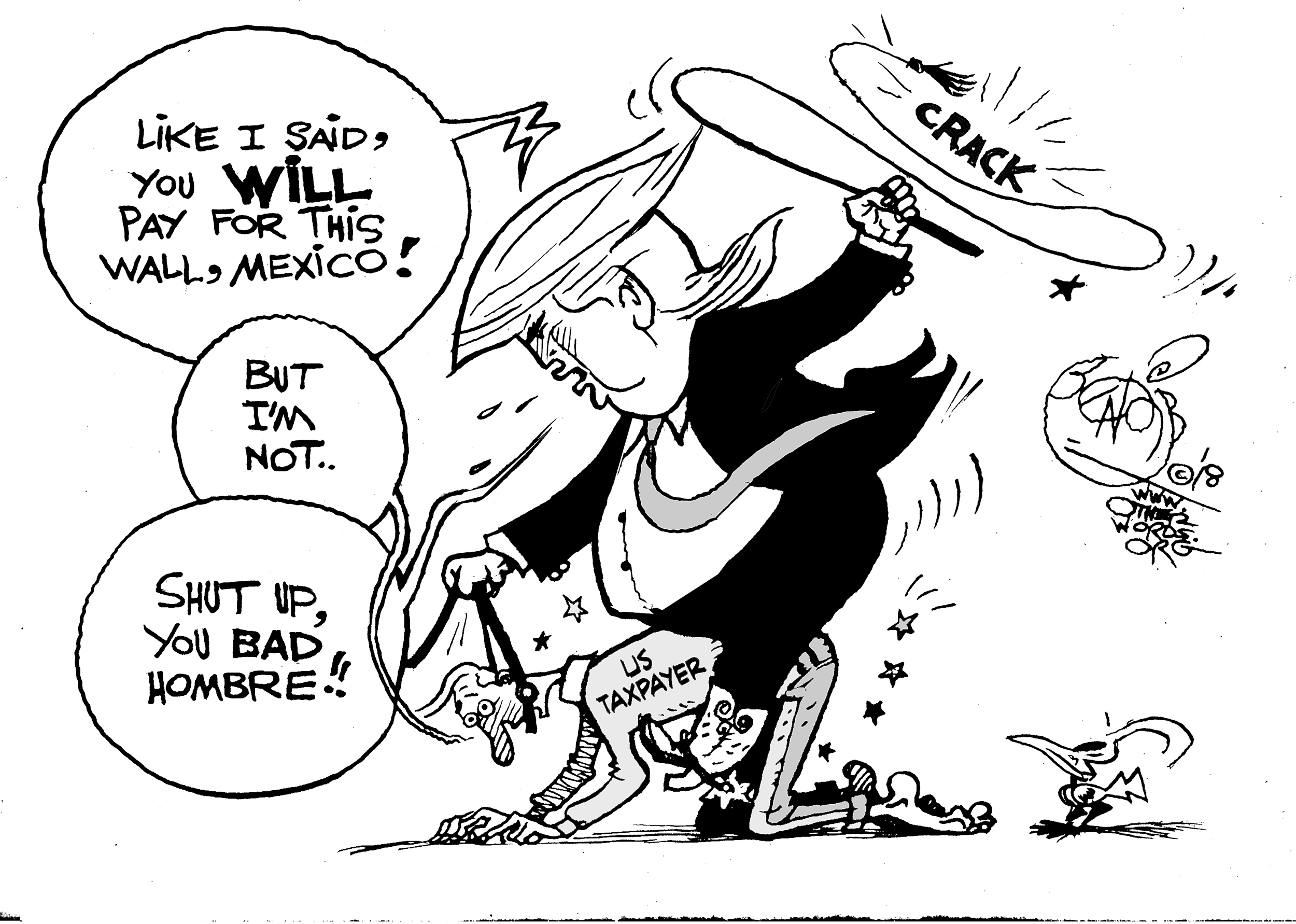 Under the bipartisan facades of Trump's SOTU, there were some familiar hardline demands.
By Peter Certo | January 31, 2018

President Trump gave his first official State of the Union address last night. Under the bipartisan facades, there were some familiar hardline demands — especially on immigration and the military.

This week in OtherWords, I parse the Trump-GOP line on immigration and conclude they’re not asking for a compromise. They’re asking for ethnic cleansing. (Also a wall, Khalil Bendib adds, and it’s not Mexico Trump’s demanding the money from.)

Meanwhile, Miriam Pemberton explains why the president’s calls to hike up the military budget and spend more on nukes should rattle our bones, especially after that scare in Hawaii.

Also this week, as students’ spring semesters get underway, Chuck Collins reports on some good news: A huge campaign in California to break up concentrated wealth and make higher education affordable.

And Jill Richardson has a personal story about the irony of skyrocketing tuition costs: The adjuncts who teach those expensive classes are terribly paid and poorly treated.

Finally, Jim Hightower does the math on why tax breaks for big companies are a bad way to create jobs in local communities.