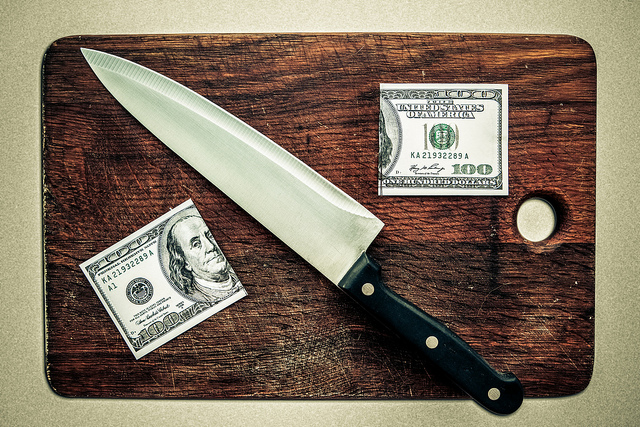 This is a chance for the American public to engage in a critical debate over national priorities.
By John Cavanagh | December 19, 2012

Could anything positive come out of the knock-down, drag-out fight over the deficit? The CEO leaders of a multi-million-dollar PR campaign think so — and the analysts at my progressive think tank agree — although for the opposite reasons.

The “Fix the Debt” campaign, led by more than 90 corporate CEOs, tells us that we should “use the fiscal cliff as an opportunity.” What do they mean by “opportunity”? For them, the goal is to have “considerably less” spending on Medicare, Social Security, and Medicaid and a shift to a “territorial” tax system, which would permanently exempt their foreign earnings from U.S. income taxes.

For these business leaders, the so-called “fiscal cliff” is a chance to get more tax breaks for multinational corporations while cutting benefits for the poor and elderly. Of course they have crafted an argument about why this would be good for America. But a close look at the messengers raises more than a little doubt. 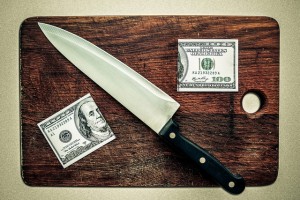 Many of the corporations behind “Fix the Debt” have contributed to the national debt by using every tax-dodging trick in the book. According to Citizens for Tax Justice, five of the firms — Boeing, Corning, General Electric, Honeywell International, and Verizon — paid no federal income taxes whatsoever during the three-year period from 2008 to 2010. The territorial tax reform Fix the Debt is seeking would further reduce their obligations to Uncle Sam. Based on their current offshore earnings stashes, we calculated that Fix the Debt corporations stand to gain as much as $134 billion if this goes through.

The Fix the Debt campaign says so-called “entitlement reform” (i.e., cuts to Social Security and the other earned-benefit programs) must be on the table. Several of their CEO leaders, including Lloyd Blankfein of Goldman Sachs and Mark Bertolini of Aetna, have specifically called for an increase in the retirement age. Easy for them to say. As a group, these CEOs are sitting on average personal retirement funds of $9 million each.

We agree that the fiscal fight offers an opportunity. But while the Fix the Debt campaign’s agenda would widen our country’s economic divide, we see an opportunity to bring us all closer together.

This is a chance for the American public to engage in a critical debate over national priorities. Because the problem is not that we’re broke and have no choice but to slash spending for ordinary Americans. We’re not broke. We’re the richest country in the world. The problem is that our abundant resources have been misallocated.

Too much of our money has propped up obsolete overseas military bases, ladled pork into Pentagon contracts, subsidized pollution, and padded the pockets of wealthy individuals and corporations. This misallocation is contributing to our nation’s skyrocketing inequality and locks us into a fossil-fueled economy that’s destroying the environment and increasing the possibility of future superstorms on Sandy’s scale.

I’m part of a team at the Institute for Policy Studies that has identified  20 common-sense proposals to cut wasteful spending and increase fair taxes. These include proposals backed by generals and other military experts to cut over $100 billion in Pentagon waste and unnecessary weapons systems. And about another $100 billion that we could raise from taxing carbon. And $150 billion that we could amass with a financial transactions tax that would slow Wall Street speculation.

This plan would largely erase the fiscal deficit, while generating new revenue to invest in key employment-rich sectors for our future — including care jobs, green jobs, and infrastructure jobs. There are, for example, two million jobs that can be created just by shifting our waste system from polluting incinerators and landfills to recycling and composting. And another two million dignified jobs caring for our rapidly growing elderly population are long overdue.

John Cavanagh is the director of the Institute for Policy Studies, a progressive think tank, and a contributor to its new report, We’re Not Broke. IPS-dc.org
Distributed via OtherWords (OtherWords.org)