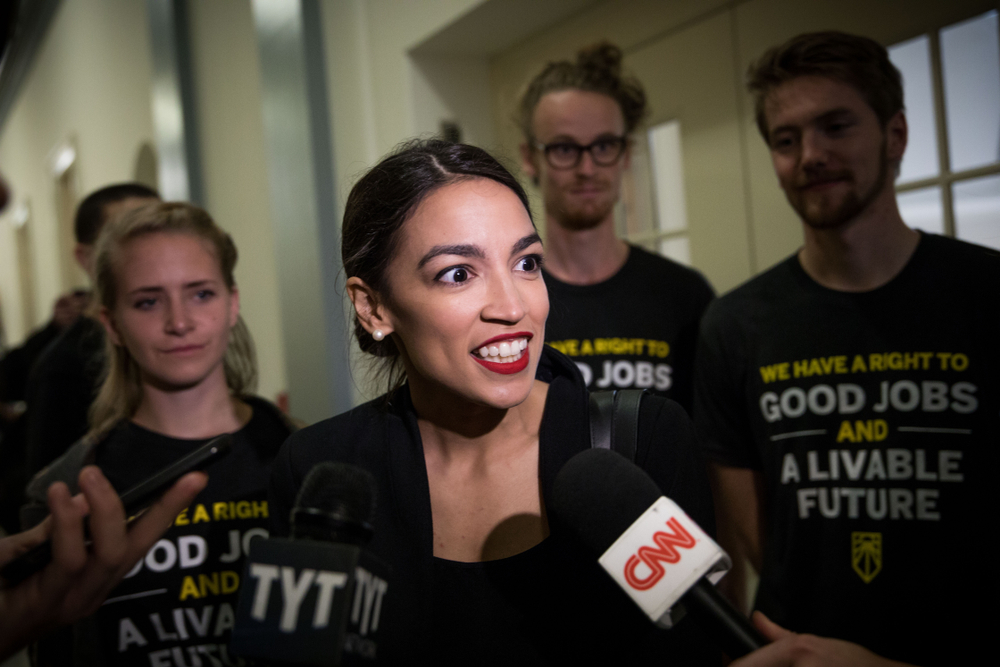 Politics in 2019 Will Have a Lot More Backbone

As Democratic leaders sharpen their challenge to President Trump, movement leaders are stepping up to challenge the party leadership.
By Tracey L. Rogers | December 19, 2018

As I reflect on the controversies that plagued the Trump administration throughout 2018, the unforeseen political power plays that shocked our nation, and the party stalemates that unfolded like a suspense thriller between Democrats and Republicans, I must admit that I’m sitting on the edge of my seat waiting for the finale.

Donald Trump will undoubtedly face more scrutiny — and maybe even impeachment — as the Mueller investigation delivers blow after blow.

Meanwhile, as a Democratic-led House of Representatives prepares for its first day on the job, the Dems seem ready to rumble — made evident in the testy recent exchange between Senate Democratic Leader Chuck Schumer, Democratic Speaker-elect Nancy Pelosi, and President Trump in the Oval Office.

I must admit that this all makes me a little giddy.

A standoff akin to when Luke Skywalker finally faces off with Darth Vader in the Star Wars saga would be the perfect end to what often feels like a reality TV show. Except this is America.

The slogan for Nike’s ad campaign featuring Colin Kaepernick pretty much sums up what I expect in the new year: Believe in something, even if it means sacrificing everything. We must start believing and participating in a true democracy, and directly confront everything that undermines it.

Politics must come with a backbone in 2019. No more Mr./Ms. Nice Liberal; the gloves are off. The people have spoken. We don’t want “change” — we want a revolution.

Democracy in its current iteration can no longer sustain us — that’s why Trump was elected in the first place. It’s time for progressives to match the audacity of conservatives, but with greater humanity as an end goal instead of power and greed.

We’re at a crossroads. As stakeholders in society, we can either continue to labor through the birthing pains of a more just and equitable nation, or continue down a rabbit hole that leads to God only knows where.

I’m personally ready for a different experience, even if uncertainty looms.

Subpoenas for Donald Trump’s tax returns will most likely be issued, among other challenges to the administration. But I’m especially excited by a new wave of elected activists challenging the Democratic Party from within.

For instance, Representatives-elect Rashida Tlaib (D-MI) and Ilhan Omar (D-MN) have unapologetically voiced support of the Boycott, Divestment, and Sanctions campaign against the state of Israel for its use of U.S. tax dollars to occupy the Palestinian Territories. That’s an open challenge to the party leadership.

Other activists are pushing for a Green New Deal, championed by Representative-elect Alexandria Ocasio-Cortez, to fight climate change and create jobs.

Such challenges even have Nancy Pelosi negotiating term limits to keep her role as House Speaker. That’s a good thing.

Just as modern-day activists chant, “This Ain’t Your Mama’s Civil Rights Movement,” the same mantra could be applied to the 116th Congress. Bold policies, direct actions, and a new guard will take center stage, and it’s about time.

Conservatives have made it clear they’re in it to win it. Lame-duck stunts like Wisconsin Republicans stripping elected Democrats of their ability to govern, and an earlier Oscar-worthy performance by Republican Senator Lindsay Graham championing the appointment of Brett Kavanaugh to the U.S. Supreme Court, are examples of how far conservatives will go.

As former First Lady Michelle Obama said, “When they go low, we go high.” But if there’s any hope of us restoring our values, “going high” doesn’t mean you don’t fight back. So, let’s get ready to rumble!

Tracey L. Rogers is an entrepreneur and activist living in the Washington, D.C. metropolitan area. Distributed by OtherWords.org.