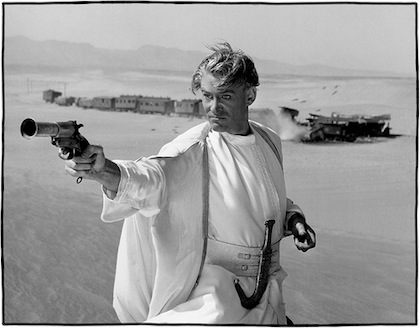 She Knew I Would Make It

Every Christmas season brings me back to a decisive moment in my career.
By Donald Kaul | December 22, 2013

After Peter O’Toole died in December, The New York Times gave him a worthy sendoff. The marvelous English actor’s obituary, which began on the front page, ran several thousand words.

At the conclusion of its online version the Times ran this addendum:

“An earlier version of this obituary misstated the number of times Mr. O’Toole had been unsuccessfully nominated for an acting Oscar in 2003, when he received his honorary award. At that time, he had been nominated seven times; his eighth unsuccessful nomination came in 2007.”

“An earlier version also stated in error that he ended his honorary Oscar acceptance speech with the words, ‘Always a bridesmaid, never a bride — my foot.’ He began the speech with those words.”

That’s a masterpiece of deadpan contrition — an admission of error without the slightest suggestion of apology. It reminds me of a Christmas season 50 years ago when I was a young reporter for the now-defunct Des Moines Tribune.

I wasn’t doing well. It seems I was having trouble mastering certain journalistic principles — like getting names and addresses right.

So this particular Christmas I was assigned to the journalistic equivalent of Hell — the Christmas beat, all treacle and sentimental claptrap.

On Monday, I was sent to a local department store where they were giving a party and presents to poor kids from around the city. A sure winner.

I wrote it pretty well, except for the fact that somewhere along the way I switched the quotes of the store manager with the cab driver who’d driven me over. The cab driver complained. Not a good thing.

Later that week I was sent to cover a fire in which a Christmas tree and all the presents of the four children of the house had been destroyed.

To an old-fashioned newspaper, a story like that was solid gold. Not only did it thrum heartstrings, it gave the paper a chance to call on the generosity of readers to send in money and toys for the children, making the paper seem generous at practically no cost. Win-win.

Except that I used one name for the father in the body of the story and an entirely different one in the caption under the accompanying photo. And the address I listed turned out to be near miss, rather than a direct hit.

I’d saved the best for last, however, confusing a manger scene, a contestant in the Chamber of Commerce Christmas contest, with a picture of Santa on a roof. (Don’t ask how.)

By which point it was Christmas Eve. My city editor came over and said: “You know Kaul, I don’t think you’re going to make it.” And then, with exquisite cruelty: “Oh, it’s Christmas Eve. Go home and enjoy yourself.”

I was 27 years old. I had a wife, two kids, and I’d just signed a lease on my house. I went home, sat in front of the fireplace, and didn’t move — for a long time.

“The city editor told me I’m not going to make it,” I said.

Her response was instantaneous. “Oh, what does he know? He looks as though his mother dresses him. You’re going to make it.”

It’s at times like that when you know you’ve married the right person. And for the past five decades, in good times and bad, that person, that moment, has been the light on my personal Christmas tree.