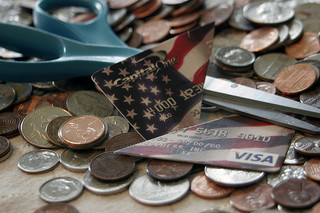 You can be for a smaller government or a bigger one but you have to pay your bills.
By Donald Kaul | September 18, 2013

My cousin Mona called me the other day about her husband Harry, who had came home from work and said:

“We’re spending too much money, Mona. It’s got to stop. We’re going broke.”

“Really? I thought we were doing OK, sort of.”

“OK? Look at the stack of bills on my desk. You call that OK?” 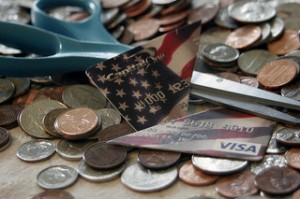 “It’s not as though we’re big spenders, Harry. Most of our money goes for household expenses — food and rent and things like that. What’s left over goes into Sonny’s education fund or for insurance.”

“Education. Insurance. That’s what I’m talking about. We don’t have enough money for frills. We have to cancel the insurance.”

“Life is full of risks. Look both ways when you cross the street and you’ll be fine. If we keep spending like this, we have no future.”

“I don’t know what you expect me to do. I’ve already cut our food budget down to the bone. I suppose we could get rid of cable television.”

“And miss football? Not a chance. That’s a necessity. No, we’ll have to cut something else.”

“What I said. See this MasterCard bill here? We throw it away. Ignore it. That’s $500 saved right there.”

“You can’t do that. We’ve already spent that money. We owe it.”

“Just because you owe it doesn’t mean you have to pay it.”

“Where did you hear that?”

“Congress. That’s your problem — you’re not informed. The Republican tea party people are refusing to raise the debt ceiling and the government isn’t going to be able to pay its bills. If Congress can do it, why can’t I? Anyway, who told MasterCard to lend us the money in the first place? It made a bad loan. It should pay the price.”

“But it will ruin our credit rating.”

“Credit ratings are overrated. My head’s made up. We have to think of the future.”

“I am thinking of the future. It’s got bars on it.”

“Mother always said you were a flake. I should have listened to her and married Leroy. He had a good job in his uncle’s funeral home.”

Mona asked me what she should do. I told her. A week later she called back with the rest of the story.

She had Harry committed to the Rush Limbaugh Home for the Conservative and Bewildered where he’s been elected vice-president of a deadbeat support group. He sits there all day writing abusive emails to his Congressman, she said. He seems happy. She’s on welfare and their son has quit school and is working at a carwash.

Which is pretty much the kind of future that awaits most of us if the tea-partying lamebrains in Congress have their way with us on the debt limit.

How can stiffing your creditors be a good idea? I mean, you can be for a smaller government or a bigger one but you have to pay your bills.

The idea, I suppose, is that the consequences of not raising the ceiling are so dire that President Barack Obama and the rest of the Democrats will be forced to cave in (again) and give the Republicans what they want — namely the delay and/or death of an expansion of the nation’s health insurance options.

Well, given Obama’s performance so far, they have a right to hope. But he has said he will not negotiate the matter with them. I don’t see how he can back away from that stance.

If he lets the Republicans push him around on this issue one more time, he might as well move to Hawaii and govern by email for the next three years.

Either that or declare the presidency vacant — which some people think has already been done.