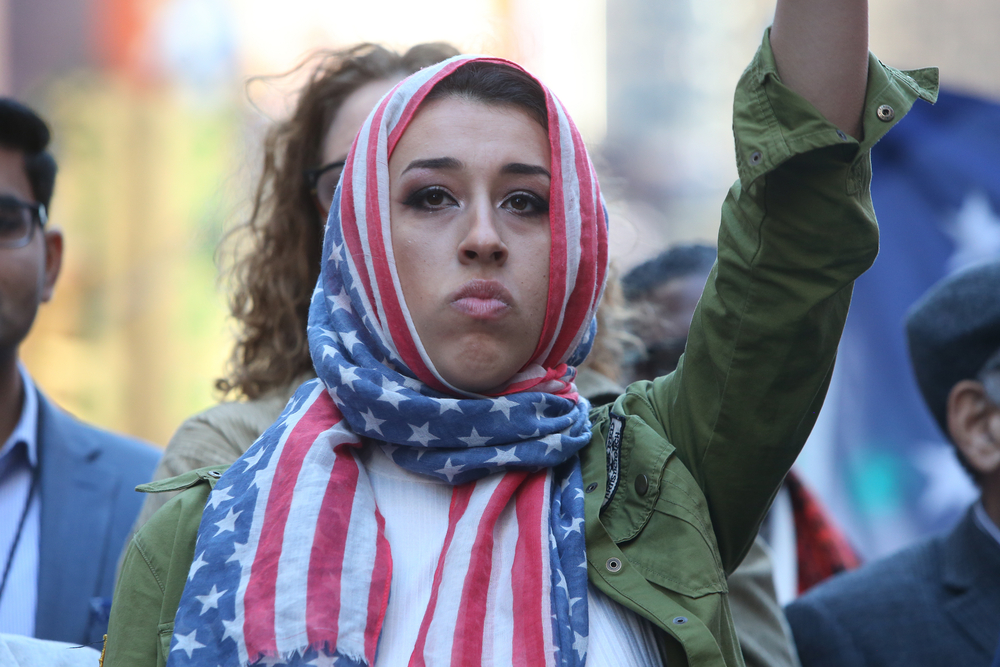 The White House Desperately Wants This Election to Be ‘Us’ vs. ‘Them’

As the midterms approach, the administration is ratcheting up its attacks on anyone who isn't a straight, white, native-born Christian.
By Jill Richardson | October 31, 2018

In the days leading up to the election, the news has been scary. “We” are under threat from all sides. “They” are threatening us.

There’s an actual threat from violent extremists motivated by racial and ethnic hatred. One white supremacist murdered two black people in Louisville and another murdered 11 Jews in Pittsburgh.

But then there’s the perceived threat.

Some people in power believe that a reliable way to get the “right” kind of Americans to the polls (white, straight, Christian, and born in the U.S.A.) is to tell them that other people are trying to take away something that is theirs.

I live near the border, in San Diego. The migrant caravan Trump keeps talking about is nowhere near here yet — they’re far away in southern Mexico at the moment.

Why are troops headed to the border now, just before the election, when the caravan they are supposedly protecting “us” from is nowhere close to here? And what kind of protection do we need from women and children fleeing violence in their home country.

It’s just a big show to convince voters they should be very scared — and simultaneously relieved that Trump is “doing something.”

San Diego is home to a lot of refugees from all over the world. I’m glad my city welcomes people fleeing violence and gives them a safe place to raise their families.

When I recently had car trouble, the driver who came to tow my car was a refugee. He told me how his children had been kidnapped and showed me scars from injuries he sustained from violence in his home country. When people like him find asylum here, I feel proud to be an American.

In another election-season outrage, the Trump administration is also pursuing policies that will deny civil rights to transgender people.

I count a few transgender people among my closest friends. There’s nothing scary or strange about them. They’re just people. We’re friends because they’re funny and kind and empathetic and fun, and every other trait I look for in a friend of any gender.

The administration claims, against all available science, that gender is reducible to “immutable biological traits identifiable by or before birth.” And so trans people deserve no protection. It’s gotten so absurd that the White House is actually a proposing a registry of Americans’ genitalia.

These attacks are one effort after another to convince people to vote based on fear of some made-up threat.

In other words, there’s no need to think about “us” vs. “them.” We’re all people. We’re all “us.” We should be suspicious of anyone who tries to convince people otherwise.

If somebody does want to draw a line in the sand between “us” and “them,” here is what I propose: “They” should be the perpetrators of violent hate crimes who just killed 13 people and anyone who seeks to commit more murder. Everyone else is “us.”