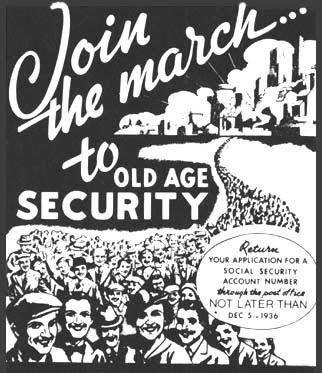 It may be difficult to face facts in an election year, but the fact is that Social Security retirement benefits are just too low.
By Salvatore Babones | February 13, 2012

President Barack Obama is ready to support “reforms” to “strengthen” Social Security, he declared in his State of the Union address. Indiana Gov. Mitch Daniels thinks we need “repairs” to make Social Security more “affordable,” he said in the Republican Party’s official response.

Neither Obama nor Daniels got down to details. But it’s a good bet that their reforms and repairs to strengthen Social Security and make it more affordable won’t lead to higher retirement benefits for America’s senior citizens.

The annual adjustment helps, but who wants to retire on $1,200 a month? It’s not much for a lifetime of work. 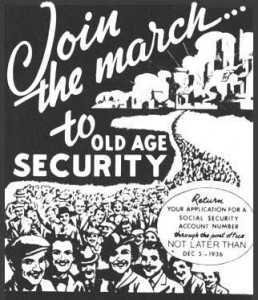 Benefits are too low to begin with, so incremental adjustments just aren’t enough. That’s because Social Security benefit payments are based on your top 35 years of wage income.

This system worked fine from the 1950s through the 1970s, when wages went up every year and well-paying, full-time jobs were easy to find. As a result, Social Security benefits more than kept pace with rising standards of living.

In the 30 years from 1950 to 1980, the average Social Security retirement benefit (adjusted for inflation) rose 4 percent per year.

Growth in the economy as a whole averaged 2.2 percent per year over the same period.

Since 1980, Social Security benefit growth has slowed. Between 1980 and 2010 the average retirement benefit grew just 1.1 percent per year (adjusted for inflation).

Social Security benefits didn’t keep up with growth in the economy as a whole, even though annual economic growth averaged only 1.7 percent.

The threat isn’t that the so-called “Social Security Trust Fund” might go bankrupt. The Trust Fund is nothing more than an accounting gimmick.

Social Security taxes go straight into the U.S. Treasury and are used to pay the government’s daily expenses. The government makes an electronic accounting entry crediting the Trust Fund account for the money so taken.

When the government writes Social Security checks, it makes a reverse accounting entry that charges the Trust Fund account for the money paid out. There are no gold bars sitting in a vault set aside for Social Security.

Social Security won’t cost the government a cent for the next 27 years, after which it will have to be modestly subsidized. That’s hardly a crisis.

Second, workers’ wages have been stagnant since the mid-1970s. People retiring in the next few years will have their benefits calculated using average wage growth over the period 1975-2010. Low wage growth means low benefits.

It may be difficult to face facts in an election year, but the fact is that Social Security retirement benefits are just too low. At a time when retirement savings are down and private pensions have all but disappeared, Social Security must be beefed up to compensate. That’s the reform we need to strengthen Social Security.

Individual wages over $110,100 a year are currently exempt from Social Security taxes. This cap should be removed. If it were, we could afford to increase benefits substantially.

If everyone pays in, everyone can retire with dignity.