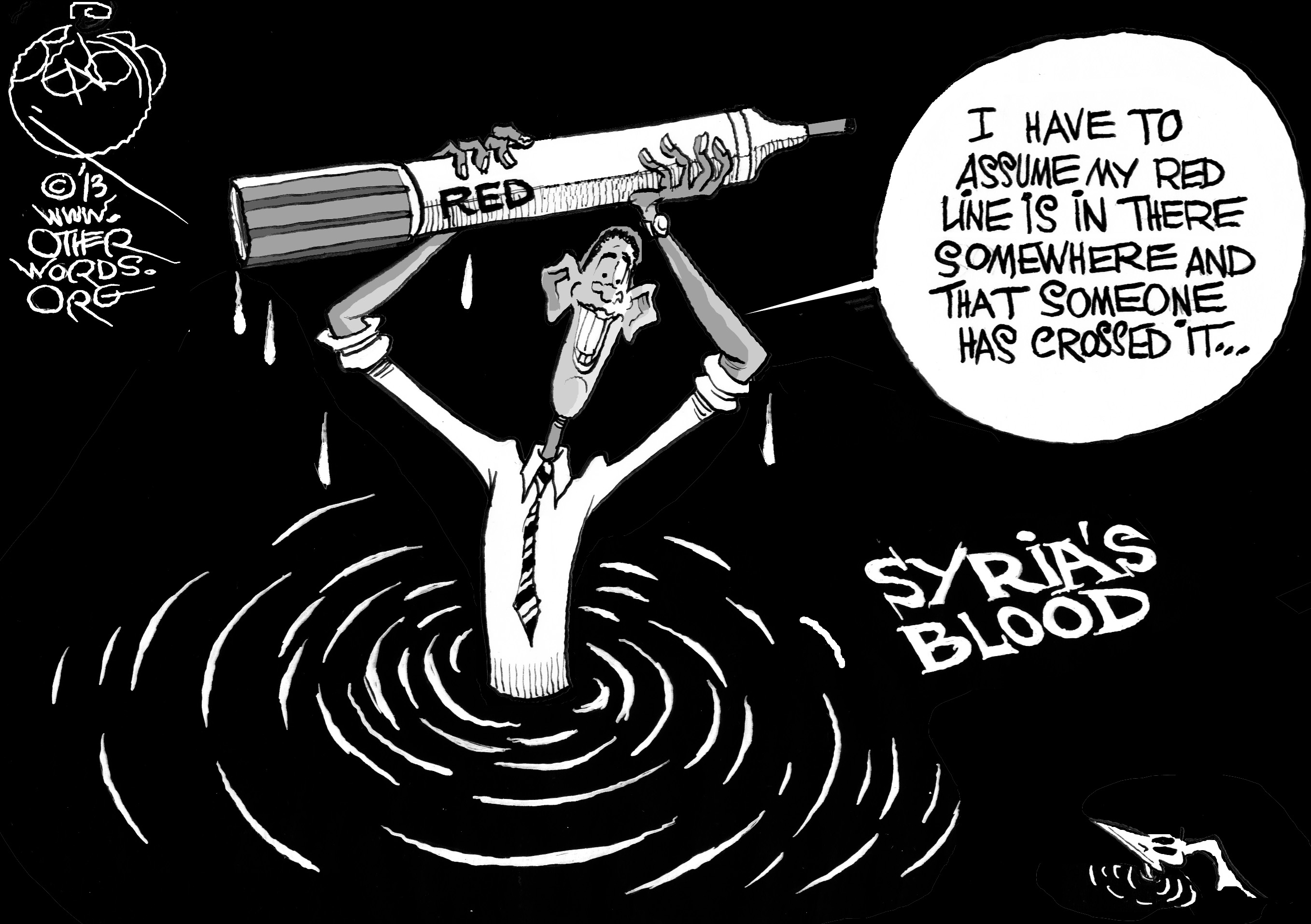 There We Go Again

So we’re going to war in Syria. Maybe. We won’t know for sure until Congress gets back from the vacation it’s taking from its other vacations.

One can live in hope, however. What would autumn be without a fresh war in the Middle East to occupy us?

I know, the Obama-Bush administration is saying that it’s not going to be a real war, that we’re simply going to conduct a punitive raid to teach Syrian leader Bashar al-Assad a lesson. 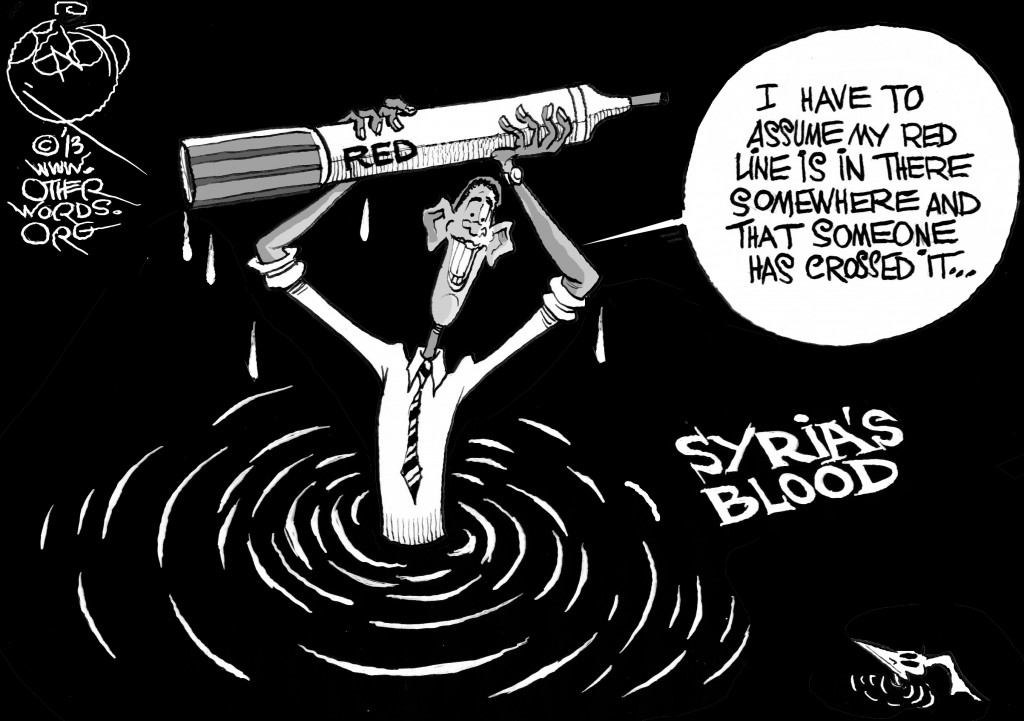 But you know how those things go. One lesson leads to another, and before you know it, we’re bombing cities to save them, sending in troops, and rebuilding the society we helped knock down.

After that formula worked so well in places like Iraq, Afghanistan, and Libya, it’s no wonder President Barack Obama wants to try it in Syria.

The desire for a Syrian raid, according to occasionally reliable sources, arises from a box of red crayons that Obama keeps in his desk drawer in the Oval Office. Every once in a while he takes one out and draws a line in front of some action that an enemy power must not cross. With Iran, it’s the production of a nuclear bomb. With Syria, it’s the use of poison gas.

Well, to make a long story short, Assad seems to have used poison gas on his own people and thus must be punished.

You see, it’s OK to bomb people with conventional weapons or to incinerate them with napalm (as we ourselves did many times in Vietnam) or to put them in jail and torture them (remember Abu Ghraib?). It’s OK to mine farm fields so that long after a war is over peasants will be blowing off limbs on a consistent basis.

It’s even OK to obliterate entire cities with a single bomb that vaporizes all in its path. (Maybe not OK exactly but perfectly understandable under the proper circumstances.) But if you use poison gas, you are a monster and a lowlife.

Some do, of course. Not only do Russia and China (always the spoilsports) object to the proposed U.S. action, but the British parliament has refused to go along with it. It seems that many Brits remember being fooled into helping out with the Iraq War only to find that the dreaded “weapons of mass destruction” were a figment of Dick Cheney’s imagination. They’ve seen that movie and they don’t like the ending.

The nice thing about being an American is that you don’t have to worry about history because you have no memory of it. Our national motto should be: “A mistake worth making is worth repeating.”

The other question surrounding this issue is: Will a raid do any good…that is, teach Assad a lesson?

Probably not. Assad won’t strike himself on the forehead and say “What a fool I’ve been. I’m going to resign and spend the rest of my life reading the Federalist Papers.”

Assad is a nasty piece of work. I doubt that a limited strike such as this one looks to be will have much effect.

There’s that red-line thing, I suppose, but somehow “You cross that line and I’m going to tell Congress” lacks something as a threat. Not that I’m against consulting Congress, if its members can be located.

In any case, the last time bombing worked out for us was Kosovo, but that was a two-month campaign of intensive bombing, supported by our allies.

Our allies are hiding behind sand dunes this time.

I predict it will all turn out badly. I’ve been predicting that on the front end of every single development in the Middle East for the past 20 years and I have yet to be wrong.