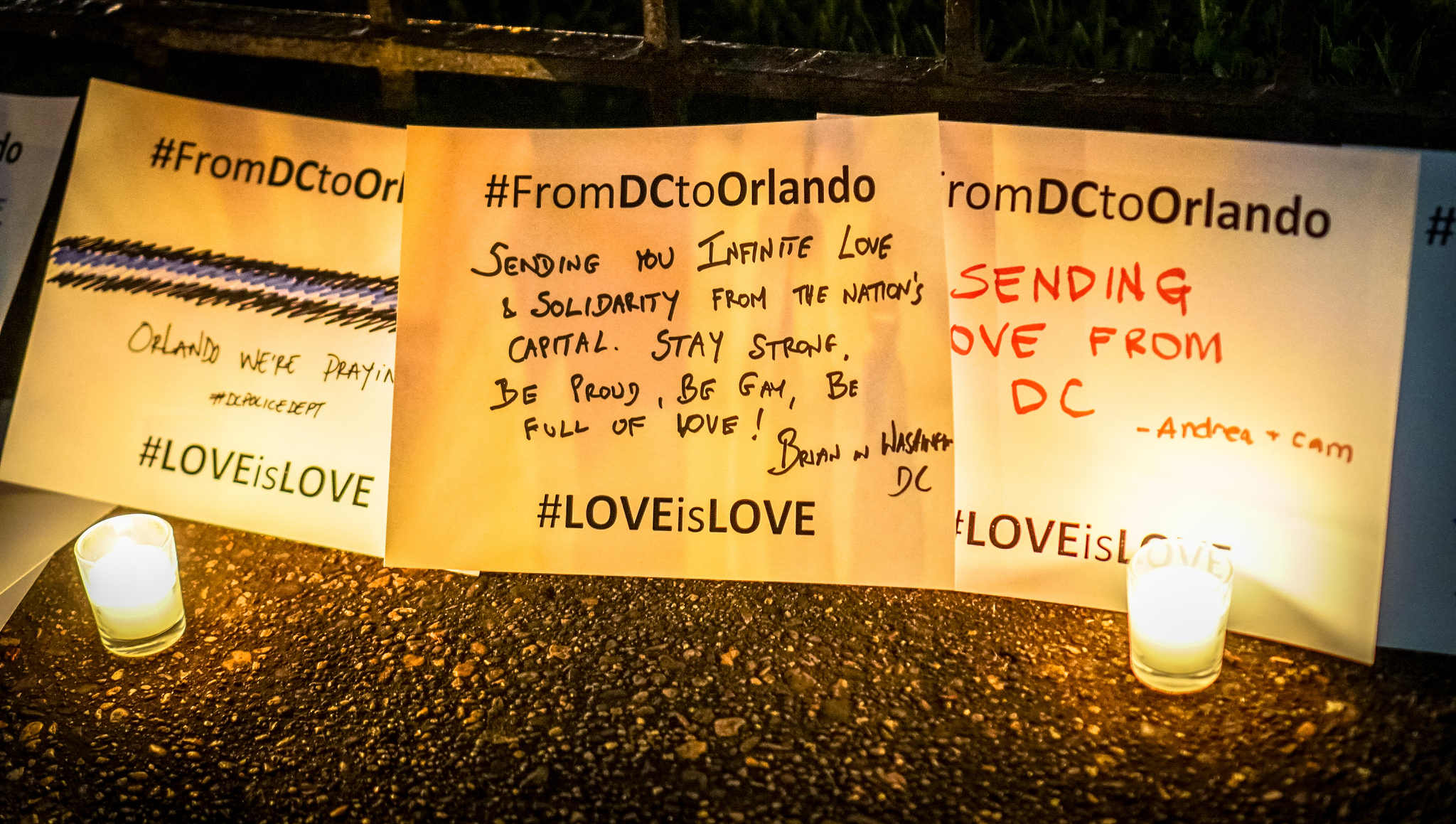 They’re Killing Us. Help Us Stop Them.

From Orlando to Washington, a culture of fear and bigotry is taking hold of this country. We can stop it together.
By Grace Dolan-Sandrino | June 15, 2016

The weekend of June 12 sent me on a rollercoaster of emotions I never thought possible.

The previous Friday, I was an invited participant in the first-ever White House Summit for African American LGBTQ Youth. I felt amazingly supported, empowered, and valued — by my school, by my family and friends, by President Obama, and by my LGBTQ community.

On Saturday, I marched in the Pride Parade in our nation’s capital. I sang and danced with neighbors from every race, ethnicity, sexual orientation, and gender identity. We celebrated ourselves, each other, our allies, and our bright futures.

We were so beautiful and full of promise. I was so proud to be an Afro-Latina-Anglo transgender teen. 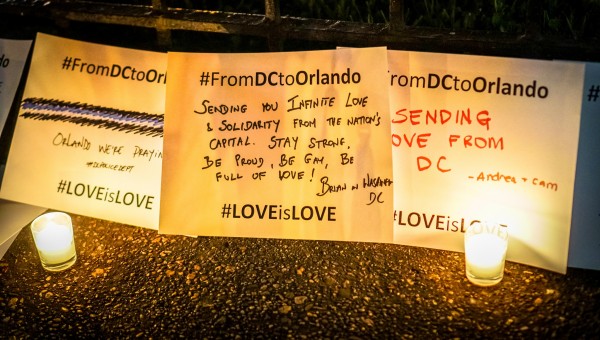 I woke up to find that a hatred-filled assassin in Orlando had brutally murdered 49 members of our young, innocent, beautiful, and beloved community, and injured over 50 more.

They say the murderer was a U.S.-born Islamic terrorist. But Omar Mateen’s hatred for my community echoes the headlines I see about right-wing fundamentalists of other faiths who call for discrimination against people like me — and for the erasure of my rights as a human being.

His hatred echoes the oppression, arrests, and killings of my black and Latino brothers and sisters on the streets, in schools, and in our prisons. It reflects the cruelty of those who want to keep Muslims and Latinos away from our country — by force — and who still want to keep LGBTQ people from marrying each other.

They’ll even deny us the right to pee in peace, if that’s what it takes to dehumanize and humiliate us.

I’m not trying to be partisan. But it’s hard not to notice that President Obama held a summit to tell us how valued we are, while Donald Trump and many conservative lawmakers want to erase us.

Many Republicans invoked fears of international terrorism, but most said nothing about the members of our LGBTQ communities, who were the very targets and victims. They vow more Islamophobia, but make no mention of the ease with which the killers get and use assault weapons.

I’m only 15 years old, but I know what it’s like to have deep love and support, and I’ve witnessed and been the object of deep hatred and ignorance. I feel angry and heartbroken by this massacre.

A culture of fear and bigotry is again taking hold of this country. But my generation demands our equality and our human rights. We want to lead, and to determine our own future. We want you not just to love us, but to support us and to listen to us.

So if you don’t understand who we are and what we need, ask us.

To start, you can fight back against laws aimed at hurting us or erasing us, like those bigoted and ridiculous bathroom bills. Punish politicians who block sensible gun control. Stop supporting lawmakers who want to exploit and exclude immigrants. Stop the people who are expelling and suspending and arresting and incarcerating us.

They’re killing us. Help us stop them.

We’re stronger than you think. We’re Generation Z, and we come of age in 2018. Our future is majority black and brown, and more openly queer than any before us.

We know that many of you are allies. We need you, and you need us. Together we can stop the rollercoaster of fear and terror and start the climb to the mountaintop of love and liberation.

An earlier version of this piece appeared at Common Dreams. Distributed by OtherWords.org