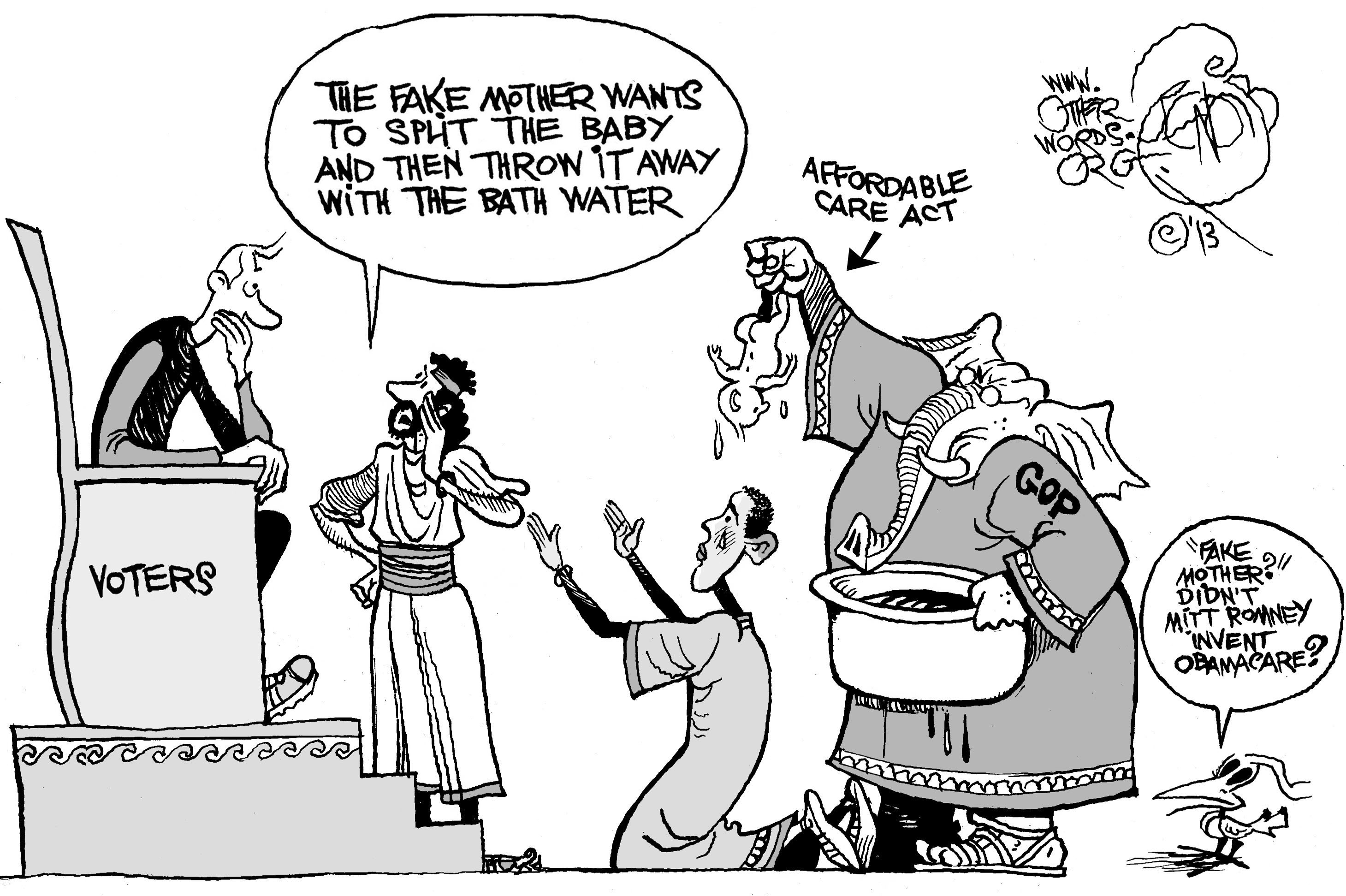 Finding the Real Mother of Obamacare, an OtherWords cartoon by Khalil Bendib

This week in OtherWords, Jill Richardson describes the relief she’s feeling thanks to California’s rollout of the Affordable Care Act and Andrew Korfhage suggests divesting from fossil fuels as a New Year’s resolution. We’re also sharing a classic Donald Kaul column from the early days of the Iraq War that didn’t seem so early at the time. Sam Pizzigati is on vacation.

We usually run most of our commentaries on Wednesdays and will soon return to that schedule. Because of holiday timing, OtherWords shifted this week and last week to Fridays.

I hope your holidays were merry and bright. Thanks to everyone who contributed during our year-end fundraising drive. This non-profit editorial service operates on a shoestring budget and is only possible because of the generosity of individuals and foundations.

Do you want to make sure you don’t miss the latest from OtherWords? Then please subscribe to our free weekly newsletter. 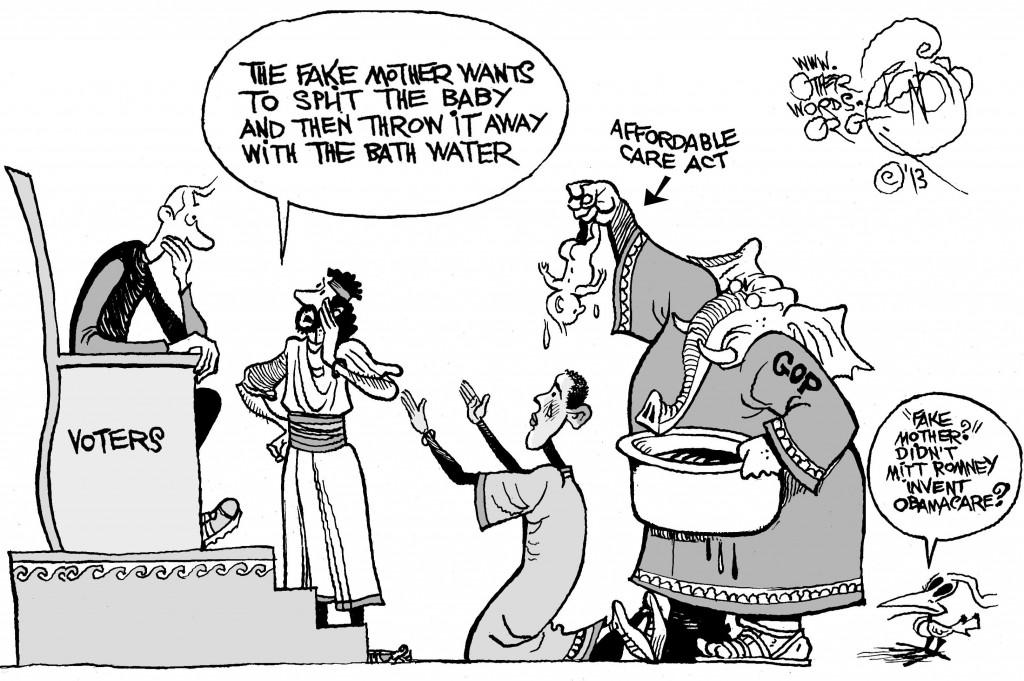 Finding the Real Mother of Obamacare, an OtherWords cartoon by Khalil Bendib