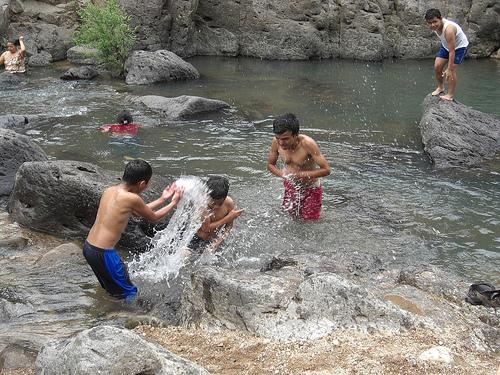 A tribunal in Washington, D.C. that nobody elected recently issued a verdict that potentially hinders the democratic rights of millions of people. Its three members ruled that a foreign company may continue to sue El Salvador for not letting the company mine gold there. The impoverished Central American country could potentially be forced to pay a Canadian mining company called Pacific Rim $77 million or more in damages. This anti-democratic ruling has ominous implications for all of us.

We visited El Salvador last year to learn more about this landmark case. A wide vein of gold lies alongside the northern portions of a large river that flows down the country’s middle. This river provides water for more than half its population. The gold remained relatively undisturbed until about a decade ago, when foreign companies began to apply for mining permits.

Farmers and others told us that they were initially open to gold mining, thinking it would bring jobs to ease the area’s deep poverty. But as they learned more about the toxic chemicals used to separate gold from the surrounding ore and about the massive amounts of water used in the process, they began to organize a movement that opposed mining. Their simple cry: “We can live without gold, but we can’t live without water.”

By 2007, polls showed that close to two-thirds of Salvadorans opposed gold mining. In 2009, Salvadorans elected a president who promised he wouldn’t issue any new mining permits during his five-year term. He has kept this pledge.

But Pacific Rim didn’t sit idly by as democracy worked its way from El Salvador’s northern communities to its national government. The company sought a mining license. When the government didn’t approve its environmental impact assessment, the Canadian company resorted to lobbying Salvadoran officials. And, when its lobbying failed, Pacific Rim lodged a complaint against El Salvador at the International Center for the Settlement of Investment Disputes in Washington under a U.S.-initiated trade agreement and a little-known investment law in El Salvador.

Laws and trade agreements like these grant corporations the right to sue governments over actions — including health, safety, and environmental regulations — that reduce the value of the corporation’s investment.

To the surprise of many observers, the tribunal ruled on June 1 that Pacific Rim can proceed with the lawsuit against El Salvador. Even if the cash-strapped Salvadoran government wins in the end, it will likely have to shell out millions on legal fees to defend an action taken after lengthy democratic deliberations. If it loses in the tribunal’s next ruling, it will cost even more.

Laws and trade agreements that allow corporations to sue governments should worry us all. No international tribunal should have the right to punish countries for laws or measures approved through a democratic process, be it in the United States, El Salvador, or anywhere else. President Barack Obama said this himself in 2008 when he promised to limit the ability of corporations to use trade agreements to sue over public-interest regulations. 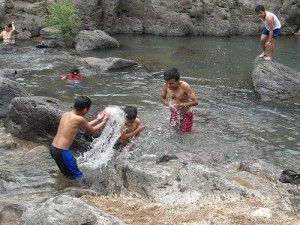 Yet the Obama administration is currently negotiating a Trans-Pacific Partnership with several countries. And it’s pushing for provisions that would allow companies to sue governments under this trade pact. But an expanding coalition of labor, environmental, religious, and other groups opposes giving Big Business this privilege. A similar coalition in Australia, another country negotiating this trade deal, has convinced its government to oppose such corporate “rights.” The Trans-Pacific Partnership may well prove an opportunity for this outrageous assault on democracy to be defeated.

Democracy belongs to the people. Those of us standing up to defend democracy and counter corporate abuse should strongly oppose any new “rights” for corporations being written into new trade pacts as we try to overturn the existing ones.

El Salvador’s government has the right to act upon the will of its people — and should be expected to do so. Neither foreign investors nor unelected tribunals deserve the power to trump democratically elected leaders.

Robin Broad is a professor at American University’s School of International Service, and John Cavanagh directs the Institute for Policy Studies. www.ips-dc.org
Distributed via OtherWords (OtherWords.org)