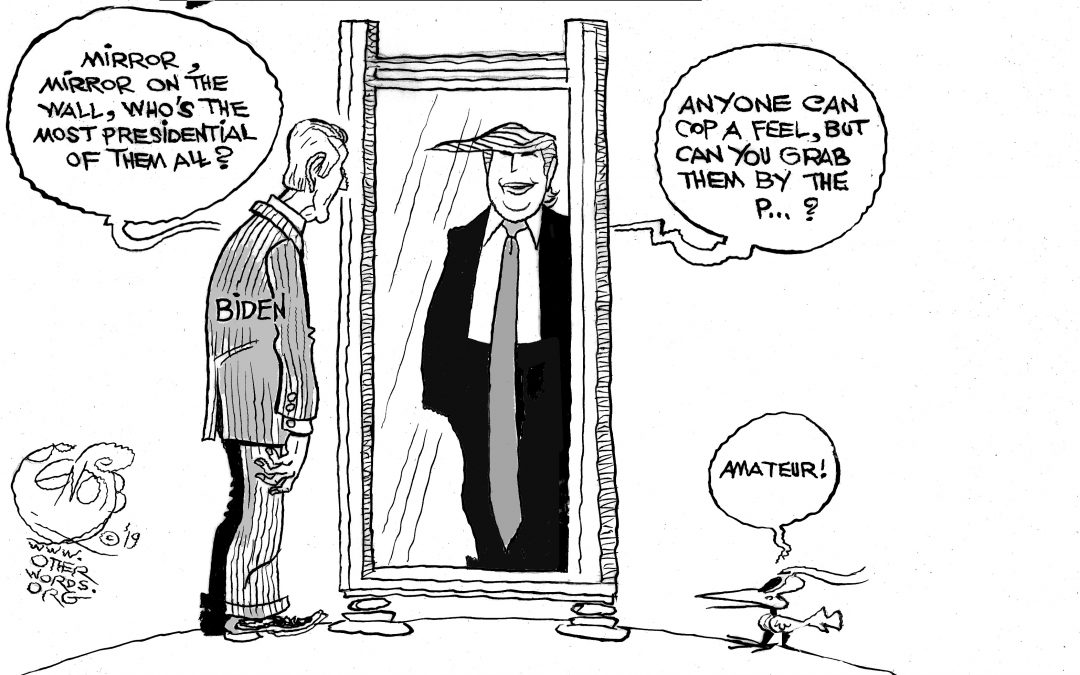 A few days from now marks the first filing deadline since the Trump-GOP tax cuts went into effect
By Peter Certo | April 10, 2019

A few days from now marks the first filing deadline since the Trump-GOP tax cuts went into effect. Frank Clemente reports this week that very few Americans report seeing any kind of break for themselves. But big corporations have posted huge gains, spent record sums on their own stock, and done next to nothing to create jobs. No wonder two-thirds of Americans are clamoring for repeal.

Of course, there aren’t just better ways to collect taxes — there are better ways to spend them. As Lindsay Koshgarian explains this week, you may have heard that the military reaps vast sums of taxpayer money. Less well known is that most of *that* money then goes to corporate contractors — not “the troops.” If more of us knew, she said, it would be a scandal.

Also this week, Robert P. Alvarez makes the case against the Electoral College. Negin Owliaei marks a landmark moment in the movement for a $15 minimum wage. And Jill Richardson shares a familiar story about feeling undermined in her workplace.

So Who Really Got a Tax Cut This Year? | Frank Clemente
If Tax Day has you thinking the tax system is unfair, you’re not alone.

It’s Time for $15 and a Union | Negin Owliaei
A minimum wage hike would boost earnings for 40 million workers.

Do Women Get to Be Experts? | Jill Richardson
Any woman professional is familiar with a nagging doubt: Am I being taken seriously?

Dirty Old Man Contest | Khalil Bendib
Are you fit to grope the presidency?

We All Practice ‘Identity Politics’ | Joshua Adams
Communities have a right to say what they need. Why is it only a problem when certain communities speak up?

A Cure for Excessive Wealth Disorder | Chuck Collins
Here’s a simple test to determine whether politicians are carrying water for the richest 0.1 percent.

What I Learned in Iran | William A. Collins
The U.S. and Iran are more alike than not, but for one troubling difference: sanctions.

The Right to a Good Night’s Sleep | Lori Teresa Yearwood
One of the worst parts of experiencing homelessness is the utter exhaustion. But getting rest can be transformative.