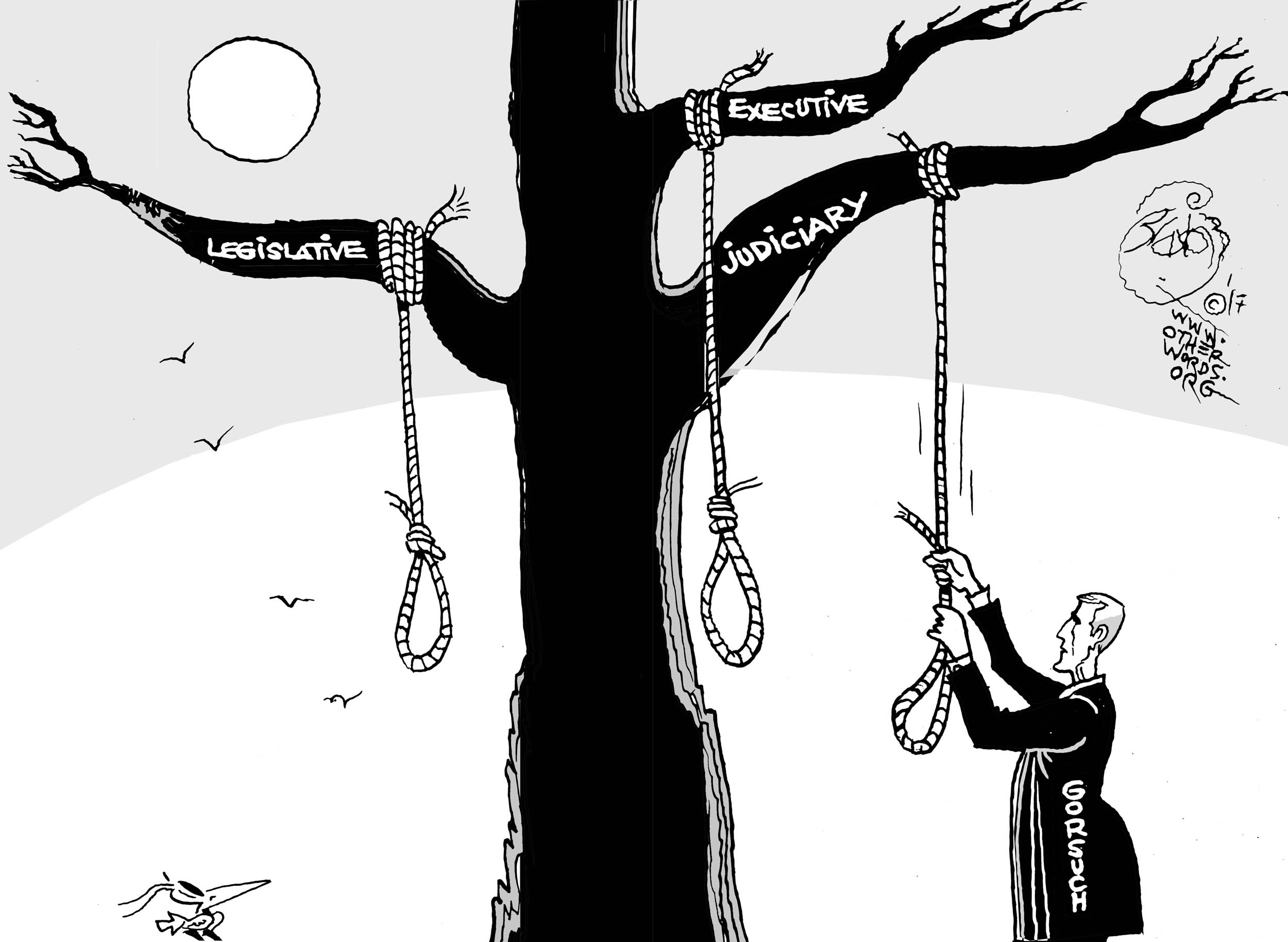 Liberals and conservatives don't agree on much, but we all want money out of politics.
By Peter Certo | April 5, 2017

Several weeks back, we ran a piece by People for the American Way’s Michael Keegan (read it here, if you missed it then) on the corporate-friendly line he expected Gorsuch to take on the bench. This week in OtherWords, cartoonist Khalil Bendib imagines an even grimmer view.

Many worry that a court with Gorsuch on it could dismantle the few remaining restrictions on money in politics. But, as my colleague Razan Azzarkani writes this week, several innovative groups are scoring victories in red states and blue states alike to do the one thing most everyone seems to agree on: getting big money out of our elections.

Speaking of money, this week Donald Trump made news by donating his paycheck to the National Park Service. Jill Richardson says that was a great thing to do, except Trump’s proposed budget would cut $1.5 billion from the department that houses our national parks. Doesn’t quite make up the difference, does it?

And speaking of paychecks, Josh Hoxie dives into the administration’s next big agenda item — so-called “tax reform” — and explains what it means for you if you don’t happen to be a member of Mar-a-Lago.

Rounding out our package, Jim Hightower says it was no wonder even a famous salesman like Trump couldn’t sell the GOP health plan. And Mike Merryman-Lotze offers a way forward for ordinary people concerned about peace in the Middle East. 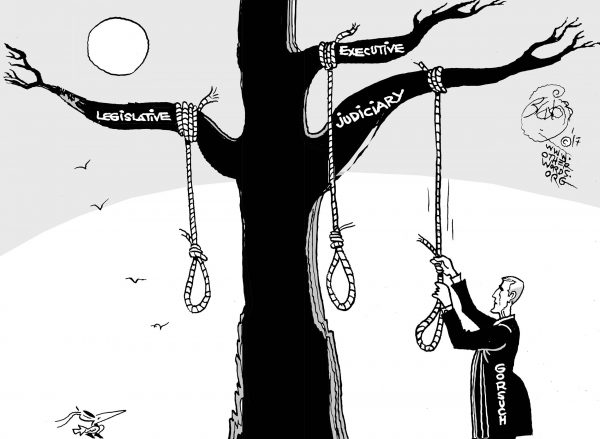