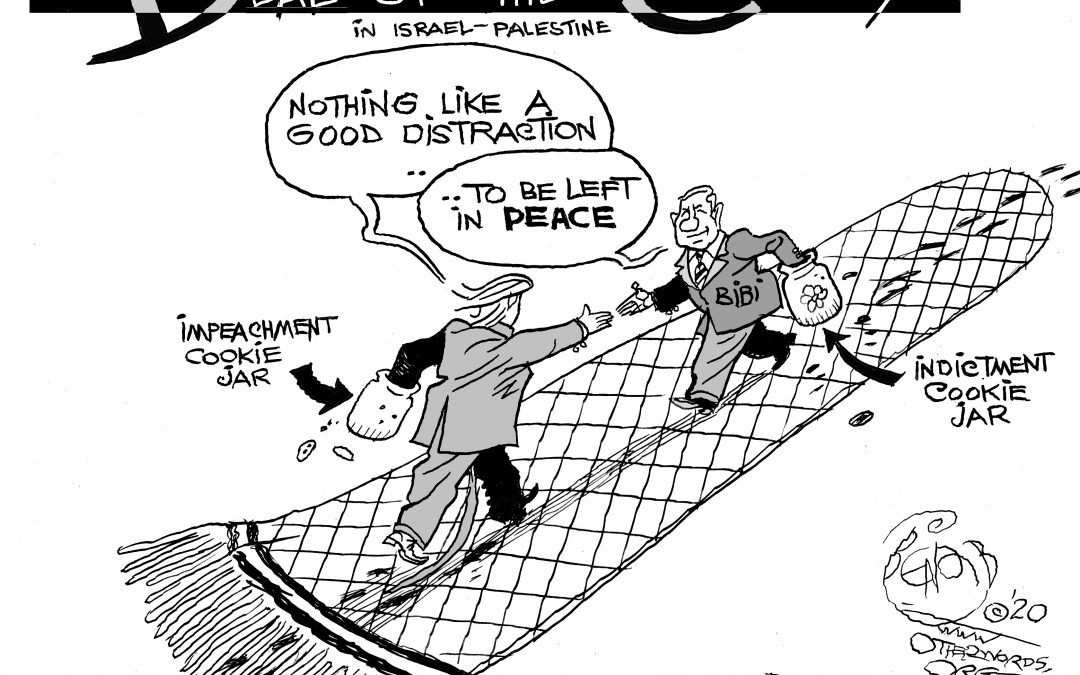 President Trump gave a combative State of the Union address on the eve of his expected acquittal by the Senate on impeachment charges.
By Peter Certo | February 5, 2020

President Trump gave a combative State of the Union address on the eve of his expected acquittal by the Senate on impeachment charges. It was a sham trial, as Mitchell Zimmerman argued last week.

But just because the Senate didn’t do its job, Diallo Brooks writes for OtherWords this week, doesn’t mean ordinary citizens shouldn’t do theirs to hold his supporters responsible for their damage to our democracy.

Meanwhile, I take on Trump’s State of the Union claim that working class America is experiencing any kind of “great American comeback.” Trump is wildly betraying the working class, I write, but capitalizing on a dark nativist appeal to win votes. What scares him isn’t impeachment (RIP!), but the idea of a unified, multi-racial working class that would actually hold him accountable.

Also this week, Jill Richardson reports on the administration’s draconian, Reagan-inspired efforts to attack disability benefits. Monica Grover shares the extra challenges people of color face in starting businesses. And Jim Hightower explains why all the corporate philanthropy in the world wouldn’t do as good as paying a living wage.

Finally, for the start of Black History Month, we’ve rounded up two old evergreen favorites on the subject. Under “In Case You Missed It,” Marc Morial explains why the month is still necessary, while Mandisa Routheni reflects on the tragic complexities of tracing black genealogy in the United States.

Impeachment Is Over, But Don’t Despair | Diallo Brooks
The Senate failed to do their job — but ordinary citizens can’t fail to do ours.

There’s No ‘Great American Comeback’ | Peter Certo
Trump is counting on the working class he’s betraying most aggressively. Can the left get out of suburbia and back to its roots?

Starting a Business Is Hard. Discrimination Makes It Harder. | Monica Grover
I know firsthand that the idealistic view of entrepreneurship is not the reality that most of us experience.

A Cruel Attack on the Disabled | Jill Richardson
You might have missed it amid the impeachment coverage, but the president is reintroducing catastrophic Reagan-era disability cuts.

The Truth About Corporate Philanthropists | Jim Hightower
If they can “give back” so much, it’s probably because they’ve been taking too much.

Deal of the Century | Khalil Bendib
Nothing like a good distraction!

The Hunt for Black Family History | Mandisa Routheni
Simple genealogy searches don’t work for people whose ancestors were treated like property. But some new tools could help.

The Senate’s Make-Believe Trial of Donald Trump | Mitchell Zimmerman
In my 40 years as a lawyer, I’ve never seen a trial flout the basic requirements for fairness so brazenly.

Trump’s EPA is a Huge Cancer Risk | Sam Pizzigati
Industry-friendly regulators are letting chemical companies flood the country with toxins. It should be a scandal.