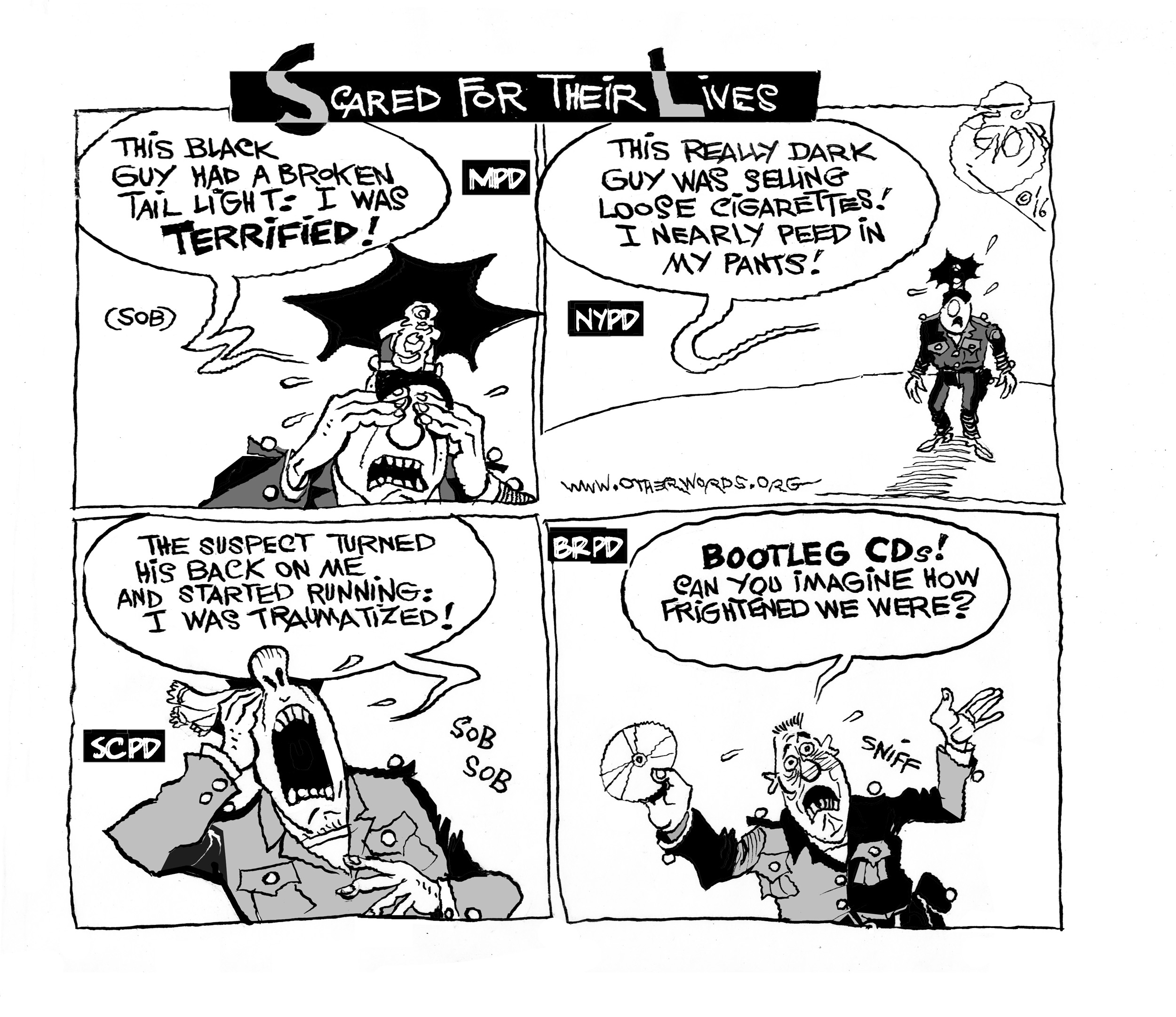 Over a century and a half ago, Roger Taney — the chief justice of the U.S. Supreme Court — wrote in the infamous Dred Scott decision that black Americans had “no rights which the white man was bound to respect.”

This week in OtherWords, Ebony Slaughter-Johnson looks at the history of the intervening years, right on up to the police killings of Alton Sterling and Philando Castile this month, and wonders if anything has changed.

Also this week, Jill Richardson mourns the murders of police officers in Dallas, but explains that crimes committed against public servants are different from those committed by them. And Khalil Bendib mocks up the “fear” that can lead police officers to hurt the people they’re supposed to protect.

Josh Hoxie, finally, reports on new efforts to address a different but no less stark legacy of America’s troubled racial history: our yawning racial wealth gap. The wealth gap is no accident, he explains, and that means it can be fixed. 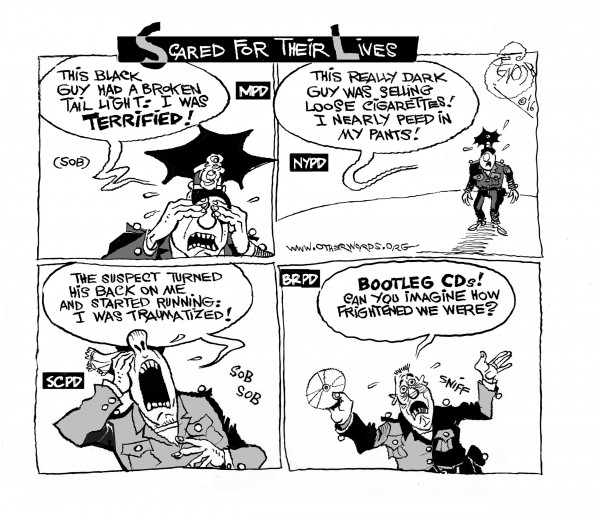