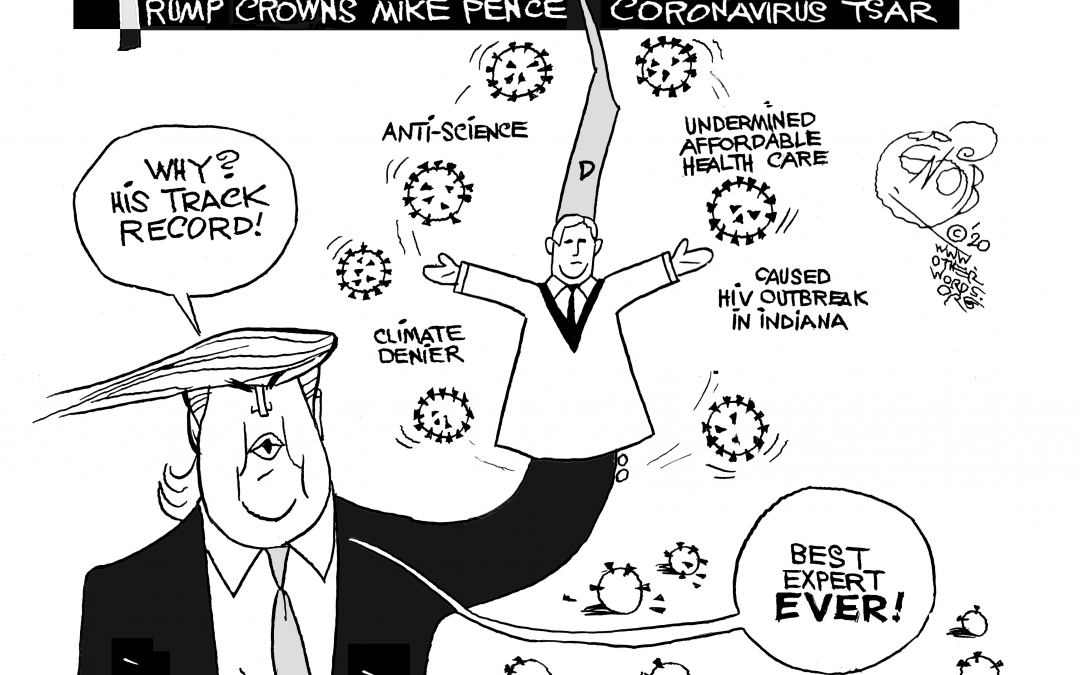 While Democrats voted, other stories were percolating beneath the headlines.
By Peter Certo | March 4, 2020

Super Tuesday just put Joe Biden back in the frontrunner spot of the Democratic primary. But while Democrats voted, other stories were percolating beneath the headlines.

For instance, the U.S. struck a deal with the Taliban to someday withdraw U.S. troops from Afghanistan, already the longest active war in our history. Yet as Khury Petersen-Smith points out, the broader trend in this administration has been to raise the likelihood of conflict, not reduce it.

Similarly, when Shailly Gupta Barnes and Lindsay Koshgarian take a long, hard look at the Trump administration’s proposed budget, they find ample resources being set aside for war, alongside that border wall and big tax cuts for Wall Street. This is a conscious choice, they write, to impoverish the country.

Also this week, Sam Pizzigati looks at a wealth of research on life expectancy. While the years-long slide in U.S. life expectancy has finally paused, he writes, Americans live no longer than they did a decade ago — and less long than their peers in other wealthy countries. The culprit, Sam explains, is inequality. And it’s literally killing us.

Mike Pence Is the Worst Person to Lead a Coronavirus Response | Jill Richardson
The former Indiana governor presided over the state’s worst ever HIV outbreak. His ignorance made it worse.

Reflections on ‘Black Excellence’ | Tracey L. Rogers
In some ways it’s toxic to demand that black people work twice as hard to get a seat at the table. But there’s no denying we’ve defied the odds.

It’s Time to Debate Pentagon Spending | William D. Hartung
It’s hard to overstate the cost — in dollars and security — of our many wars. What do the candidates say?

Stop Calling Harmful Bigotry ‘Religious Freedom’ | Jill Richardson
Anyone intolerant enough to disown a child is far less fit to parent than a gay person whose only “sin” is living authentically.

The Embarrassing Fall of Trump’s Wall | Jim Hightower
A climbing group in Kentucky built a replica of Trump’s wall. One climber topped it in 13 seconds. Another did it while juggling.