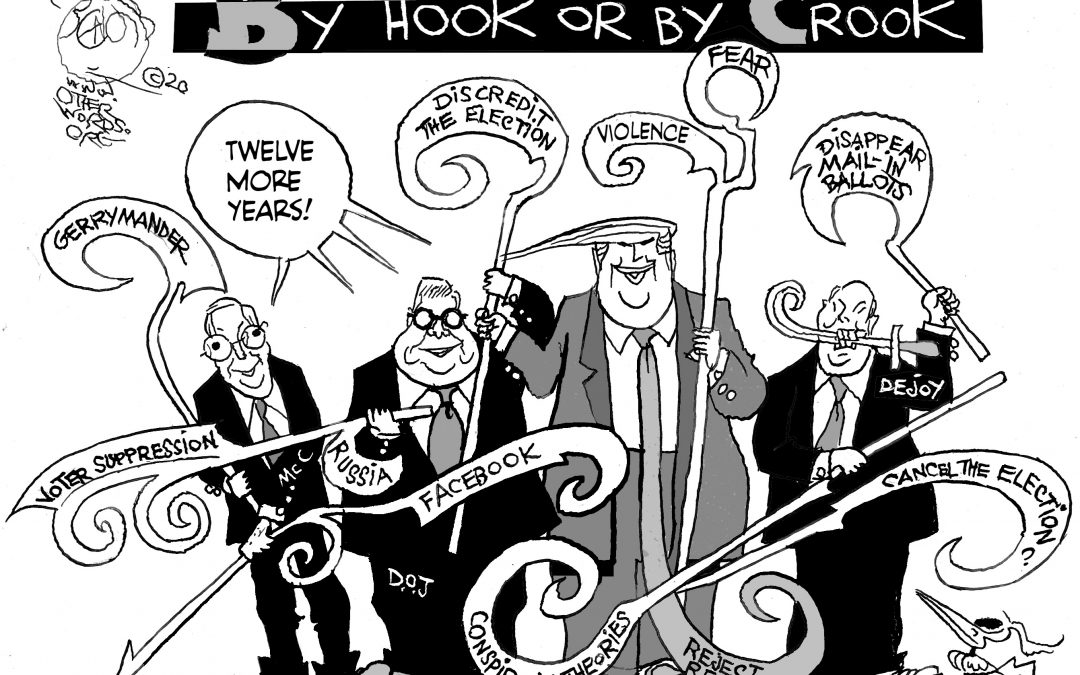 This week, President Trump visited police in Kenosha, who recently shot the unarmed Jacob Blake seven times in the back.

Trump visited despite urgent pleas from the governor and lieutenant governor of Wisconsin, as well as the mayor of Kenosha, not to raise tensions there. Trump has also vocally defended the 17-year old militia member who killed two protesters following Blake’s shooting.

In OtherWords, Tracey L. Rogers describes the psychological impact of watching all this unfold as a Black woman and an activist. It’s no surprise, she reflects, that doctors said Martin Luther King, Jr. had the heart of a 60-year-old when he died at just 39.

Outside Kenosha, labor actions by professional athletes have played a major role in highlighting the injustices raised by the shooting. Brian Wakamo expounds this week on the power of athlete organizing — and the lessons it could hold for everyday workers, too.

Also this week, following another devastating Gulf Coast hurricane, disaster responder Warren Tidwell argues that the region needs more than just disaster relief. It needs green jobs, to reduce its dependence on the industries that cause climate change and these increasingly severe hurricanes.

And volunteer legal guardian Ann Klosinski, who advocates for nursing home residents, reports on how the COVID-19 crisis is affecting both care workers and residents at nursing homes. It needs to be an election issue, she argues.

Professional Athletes and the Power of a Union | Brian Wakamo
If a few sports walkouts can force change on the national level, imagine what an Amazon or Wal-Mart walkout could do.

In the Age of COVID, Elder Care Should Be an Election Issue | Ann Klosinski
The pandemic has made it clearer than ever that we need better care that honors everyone’s humanity.

Where Did the GOP Go? | Jim Hightower
The Republican platform — and the Republican Party itself — has been reduced to one word: Trump.

By Hook or Crook | Khalil Bendib
Republicans don’t have a plan to win the next election — only to steal, discredit, or undermine it.

Trump’s Postmaster General Should Be Returned to Sender | James E. Varner
I’ve been a postal driver for over 20 years. I’ve never seen an attack on the service like this one.

Heartland Tenants Who Beat the Odds | Cinnamon Janzer
With an eviction crisis looming, take heart from these Minnesota renters who bought their buildings out from under a negligent landlord.

Where Have I Heard These Trump Lines Before? | Jill Richardson
Trump’s recent rhetoric sounds a lot like the Klan’s 100 years ago.