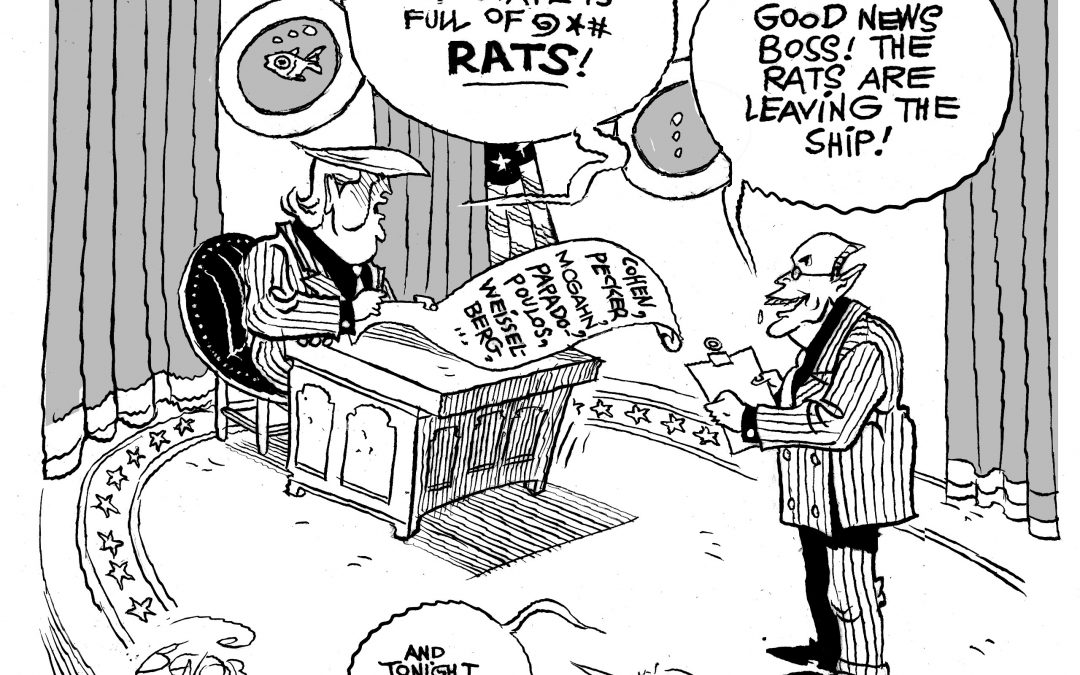 This week, Supreme Court nominee Brett Kavanaugh goes before the Senate for grilling, and it’s already been quite a scene. In this week’s newsletter, we round up some of our work on the controversial nominee — including for what his appointment might mean for people’s privacy, civil rights, and the planet.

The other big news item this week? Some folks are losing their minds over Nike featuring quarterback Colin Kaepernick, who protested police brutality by taking a knee during the national anthem, in a new ad.

My guess? Those people complaining are the same type of people calling the cops on their non-white neighbors for cooking out, selling water, or otherwise trying to exist. This week in OtherWords, Ebony Slaughter-Johnson looks at what’s behind that culture of confrontation, which occasionally turns deadly.

Beneath those headlines is another fairly remarkable item: a nationally coordinated strike by incarcerated people, who are often forced to work for virtually nothing. Fizz Perkal explains why it’s time to end this form of modern-day slavery.

Also this week, Jill Richardson talks about representation in Hollywood. Shirley Brennan explains how the food stamps she got as a kid helped her prosper as an adult. And Jim Hightower wonders why workers are unhappy in a supposedly booming economy.

Finally, Khalil Bendib thinks the rats are fleeing the ship at the White House.

Prison Labor Is Slave Labor, and We Should Get Rid of It | Fizz Perkal
Incarcerated workers — who often make less than $1 an hour producing profits for big companies — are on strike across the country.

You Can Teach Kids Hard Work, But Feed Them First. | Shirley Brennan
My brothers and I can support ourselves and our families today because of the food aid we got when we were kids.

Crazy Rich Asians Is a Triumph of Representation… Almost | Jill Richardson
The all-Asian cast is amazing and important, but the token gay character left me a little cold.

The Economy Is Supposed to Be Great. So Why Are Workers Miserable? | Jim Hightower
Quantity is on one thing, but quality is what really matters when it comes to jobs.

Rats Ahoy | Khalil Bendib
The “ship of state” is sinking, and the “rats” are getting out.

Kavanaugh on the Court?

What’s at Stake if Brett Kavanaugh Joins the Supreme Court | Olivia Alperstein
If Americans lose the right to privacy enshrined in Roe, they’ll lose a lot more than abortion access.

I Grew Up in the Segregated South. For Me, Supreme Court Rulings Are Personal. | Yolanda Parker
I fear a return to a time when our rights were considered secondary, if at all.

Iraq Should Be a Much Bigger Part of McCain’s Legacy Than His ‘Civility’ | Peter Certo
The “straight talk” people praise McCain for is actually what most of them can’t stand about politicians: They say noble words but cast ignoble votes.

Taxpayers Are Footing the Bill for Sky-High CEO Salaries | Sam Pizzigati
Billions in taxpayer funds go to CEOs who pay their workers peanuts. We can change that.