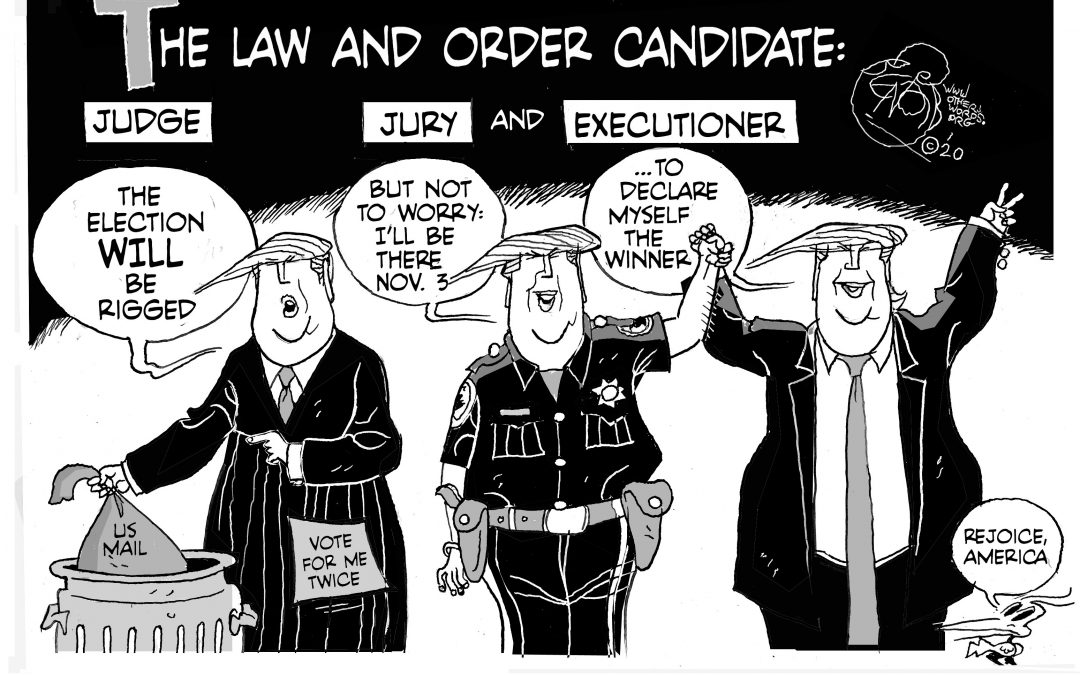 A court battle is underway to determine just how long the Census Bureau has to count everyone living in this country.
By Peter Certo | September 9, 2020

A court battle is underway to determine just how long the Census Bureau has to count everyone living in this country. The cut-off could be as soon as September 30.

Worryingly, some communities are confronting the possibility of the worst under-count in three decades, which could have enormous implications for how federal dollars — and congressional seats — are shared. Especially in a pandemic, improving response rates could mean a life or death difference for communities battling disease and poverty.

This week in OtherWords, Robert P. Alvarez encourages everyone, especially people from rural and vulnerable communities, to turn in their forms ASAP.

Also this week, Jill Richardson tackles the outbreak of absurd accidents stemming from gender reveal parties. Sam Pizzigati explains the pathology behind Donald Trump’s recent comparison of cops who kill people to billionaires who miss a putt. And Jim Hightower marvels at the 1956 Republican platform, which sounds downright principled compared to the party’s utter deference to Trump today.

Save Lives. Fill Out Your Census. | Robert P. Alvarez
Taking the census ensures your community gets its fair share of funding — and representation — during the pandemic and beyond.

Killing Someone Is Not Like Missing a Golf Putt | Sam Pizzigati
Trump’s vile equivalence of a golf putt to police violence says a lot about the bubble America’s super rich live in.

Gender Reveal Parties Are Starting Wildfires. That’s Half the Problem. | Jill Richardson
Teach your kids healthy attitudes about gender. And try not to burn down a forest.

Republican Platforms, Then and Now | Jim Hightower
A look back at things Republicans believed before they lost their minds.

Professional Athletes and the Power of a Union | Brian Wakamo
If a few sports walkouts can force change on the national level, imagine what an Amazon or Wal-Mart walkout could do.

In the Age of COVID, Elder Care Should Be an Election Issue | Ann Klosinski
The pandemic has made it clearer than ever that we need better care that honors everyone’s humanity.

Peter Certo is the editorial manager of the Institute for Policy Studies and editor of OtherWords.org