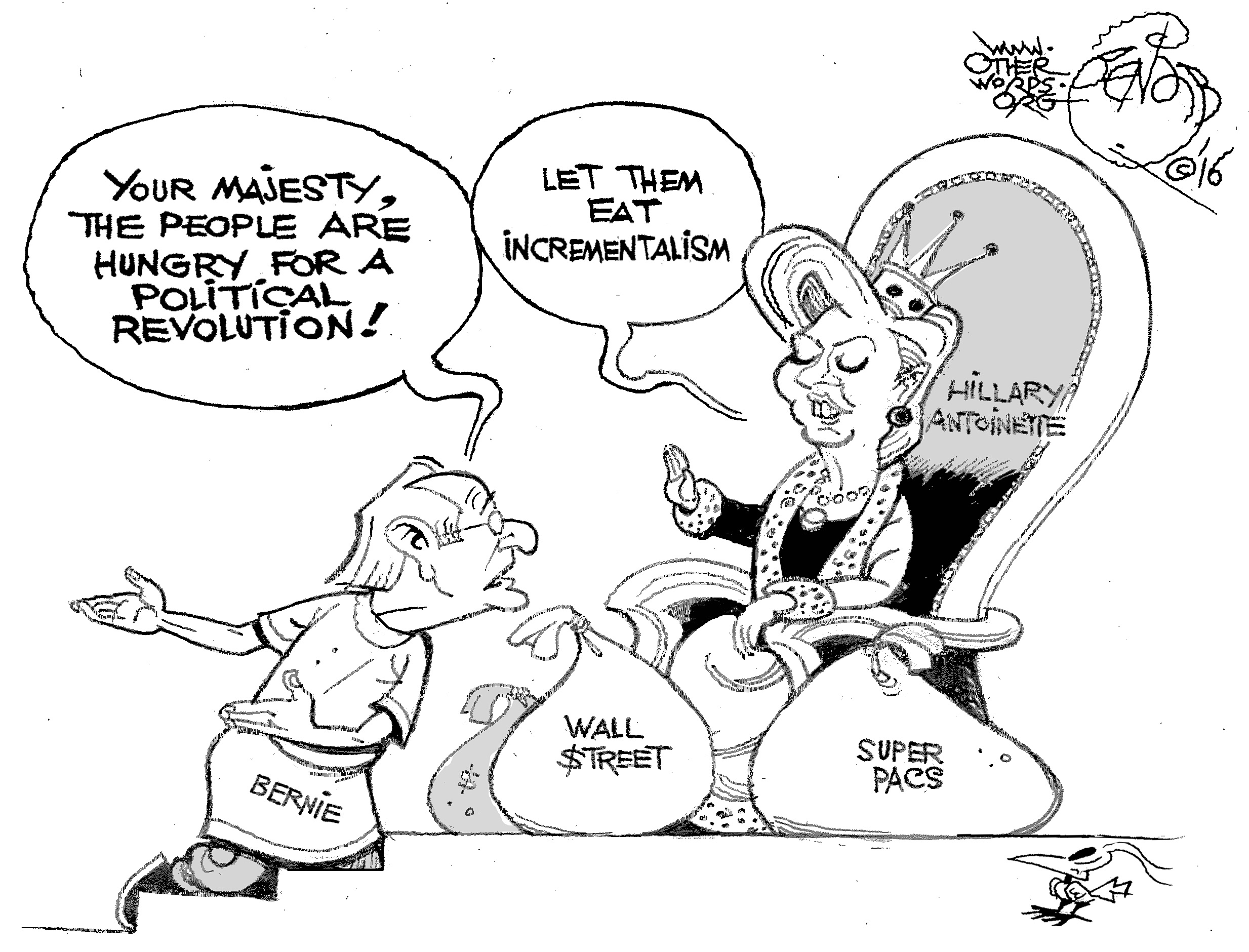 Let Them Eat Incrementalism, an OtherWords cartoon by Khalil Bendib

In OtherWords: We’ve got some news

Whether you’re new to OtherWords or have been with us for many years, thanks for your support. I’ve got some news to share with you.

Second, the weekly editorial packages OtherWords distributes for free to the editors of newspapers and digital media outlets are changing.

Donald Kaul is retiring (again) after years of inspiring throngs of devoted readers and will no longer write for this service. I’m also ending my own column and handing the OtherWords baton to Institute for Policy Studies Editorial Manager Peter Certo.

Peter has shouldered many OtherWords editorial responsibilities since 2011, forging strong relationships with this national non-profit syndicate’s contributors. He’s a talented writer and a gifted editor. I’m confident that he can keep the editorial bar high after I move on.

Moving forward, OtherWords will continue to feature columnists Jill Richardson and Jim Hightower, along with op-eds by independent-minded thought leaders.

I’m incredibly thankful to everyone who has contributed financially to keep this independent media operation running. In addition, I’d like to express my deepest appreciation for the overlapping webs of supporters who have empowered OtherWords to fulfill its mission of delivering bold opinions to newspapers and new media.

That includes the hundreds of editors who choose to run this work in their publications and the millions of readers who subscribe directly to OtherWords or frequent the outlets where its work appears. I’m grateful as well for the experts, activists, and writers who devote their time and creative energy to sharing their ideas in reader-friendly ways. And OtherWords has benefited mightily from the many bright, hard-working, and creative people I’ve teamed up with at IPS since 2003, along with the people I’ve had the good fortune to coordinate with at this service’s many partner organizations.

My family and friends provided endless and essential support and inspiration. My older brother suggested the name OtherWords during an impromptu brainstorming session. And my kids and husband have grown to respect my need to remain glued to a large computer screen at odd hours.

I’m lucky to have had such a challenging, thrilling, and fun job with an employer that often let me telework, giving me the flexibility required to juggle my parenting and editorial obligations.

None of this could have happened had William A. Collins not founded OtherWords in 1998, built what was then known as Minuteman Media into a vital media operation, and chosen to hand me the reins 12 years later. No single person has played a more pivotal role in my career.

I hope you’ll stay in touch with me by emailing write.ESG@gmail.com or joining me on Twitter and LinkedIn. I also plan to start blogging soon at ESGreco.com. If you’d like to reach out to any former or current OtherWords contributors, I’m always happy to relay messages to them.

Peter is ready to respond to any questions from contributors, editors, and other subscribers. The best way to reach him is at OtherWords@ips-dc.org.

Below you’ll see that among our latest offerings is a column in which I sum up the overarching editorial philosophy that guided me in this work and Jim Hightower’s riff on the Panama Papers.

Let Them Eat Incrementalism, an OtherWords cartoon by Khalil Bendib

Emily Schwartz Greco ran the OtherWords editorial service, formerly known as Minuteman Media, between late 2009 and April 2016. Contact her at write.ESG@gmail.com and follow her on Twitter at @ESGReco