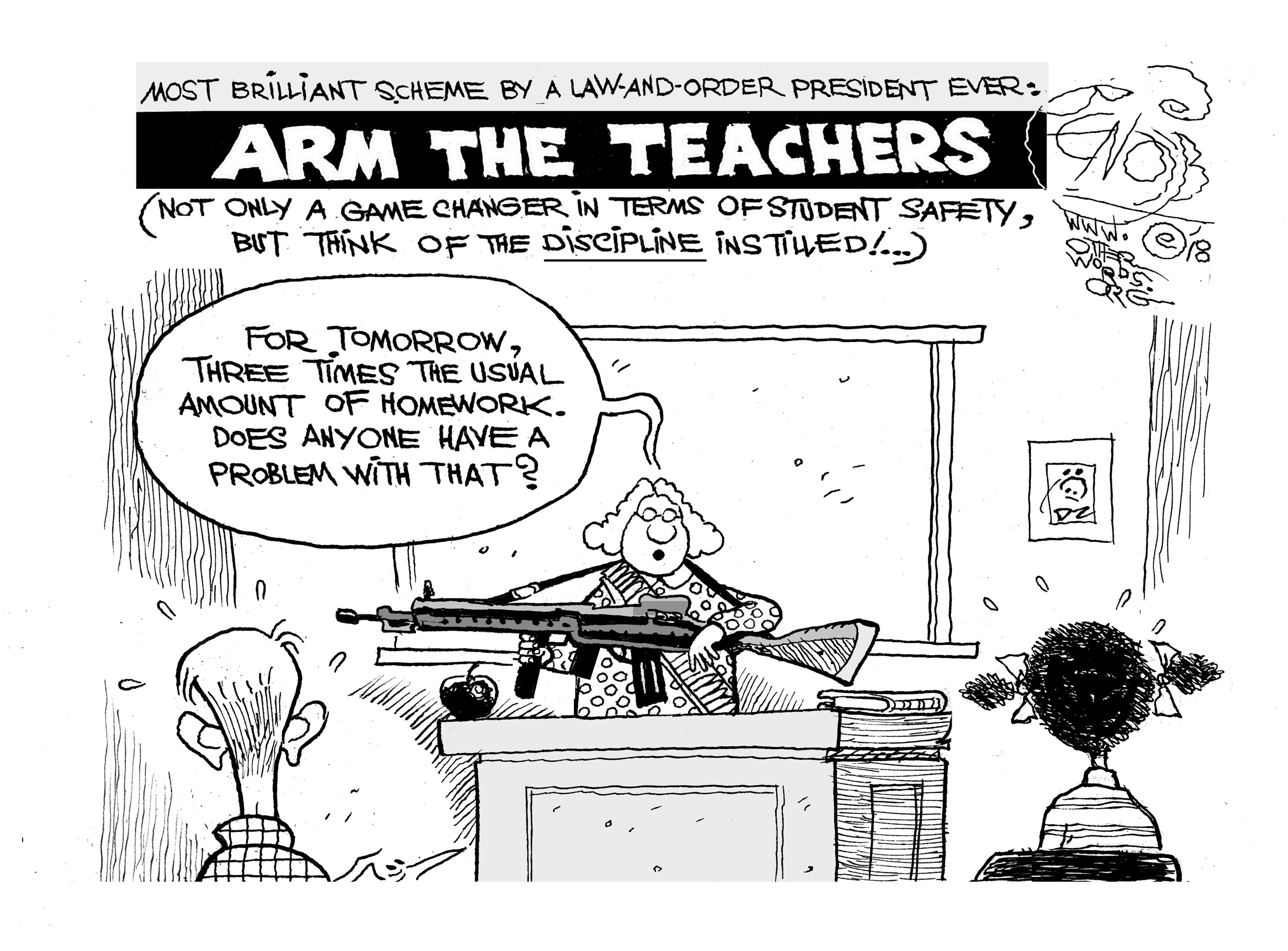 Another real-world trial (and failure) for the "good guy with a gun" argument.
By Peter Certo | February 28, 2018

The “good guy with a gun” argument got another real world test during the Parkland, Florida school shooting — and it failed. An armed school deputy on the scene failed to engage the shooter, instead hiding outside with others escaping the violence.

This week in OtherWords, Mitchell Zimmerman says that’s not surprising. Expecting school security guards to die in the line of duty is no real answer for school shootings — and neither is expecting teachers or coaches to engage students in deadly shootouts. Khalil Bendib satirizes that idea, too.

The real answer, he says, is to get serious about restricting these weapons of war. 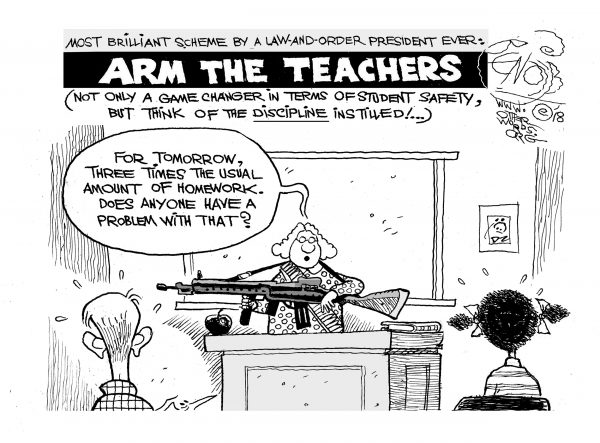