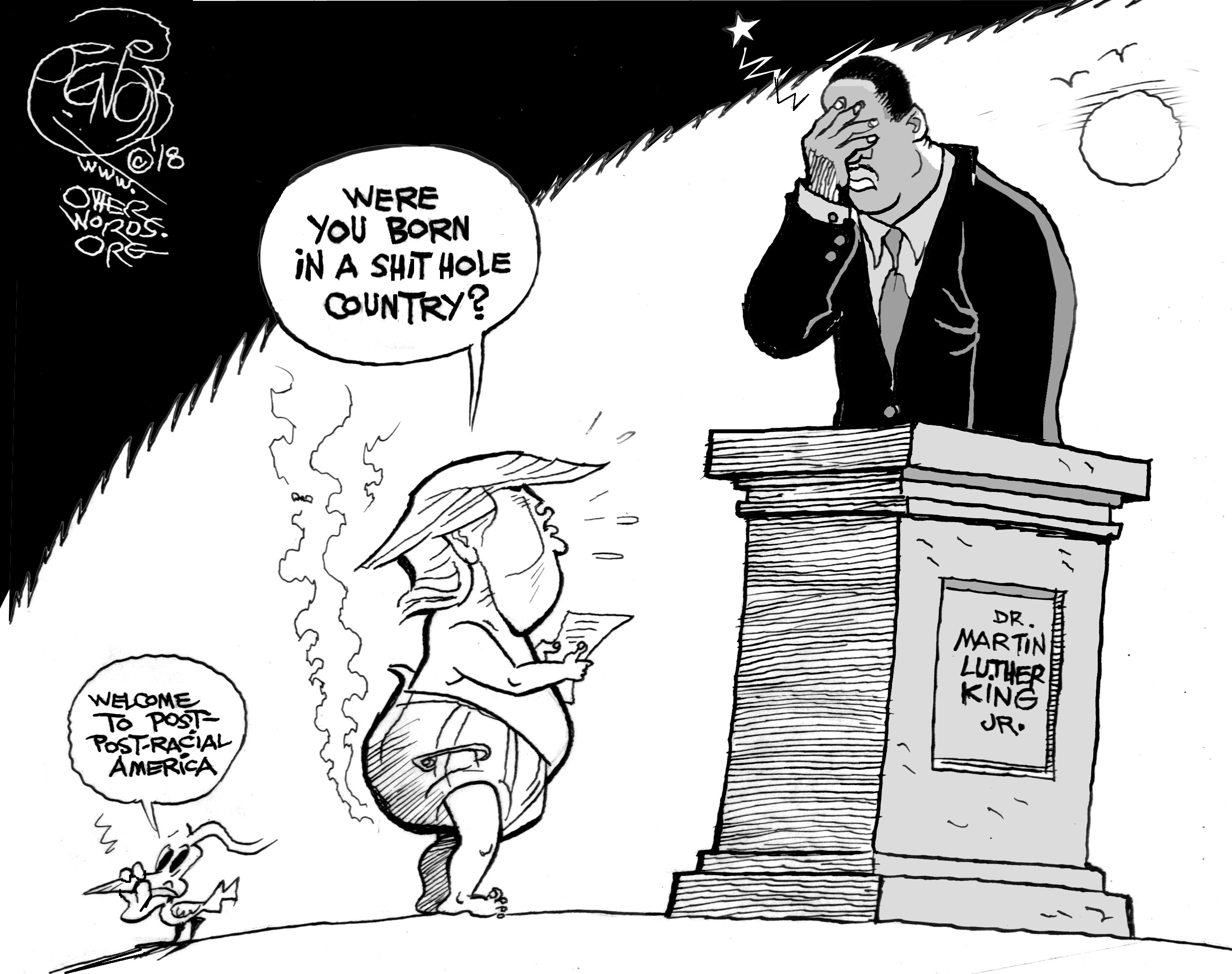 That’s what President Trump recently called El Salvador, Haiti, and much of Africa, according to people who attended a meeting where he complained about immigrants from those places.

Our cartoonist, Khalil Bendib, couldn’t help noticing those remarks came right before Martin Luther King, Jr. Day, and he cartooned accordingly. (If you need, we’ve got a clean version of that one on our website.)

And columnist Jill Richardson argues that while there are plenty of bad governments in the world (perhaps including our own), there are no s—hole countries. Human nature is the same everywhere you go.

It’s impossible to miss the ideology behind the crude remark: The president doesn’t want immigrants from poor, nonwhite countries. Victims of this attitude include the Dreamers, young people raised in the United States whose parents brought them here as young, undocumented immigrants.

The administration is trying to remove deportation protections for these 800,000 young people. Mitchell Zimmerman, who’s represented some of them, argues that this amounts to “enshrining cruelty as national policy.” It punishes people for doing exactly what anyone would’ve done in their situation.

Also this week, Jessicah Pierre says it’s not Oprah’s job to clean up Trump’s mess, but hundreds of lesser known black women might be the right people for the job. And Jim Hightower explains why you shouldn’t give a corporation a key to your house. 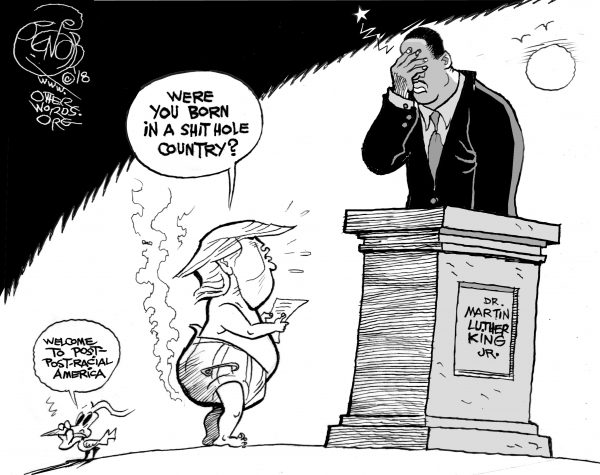