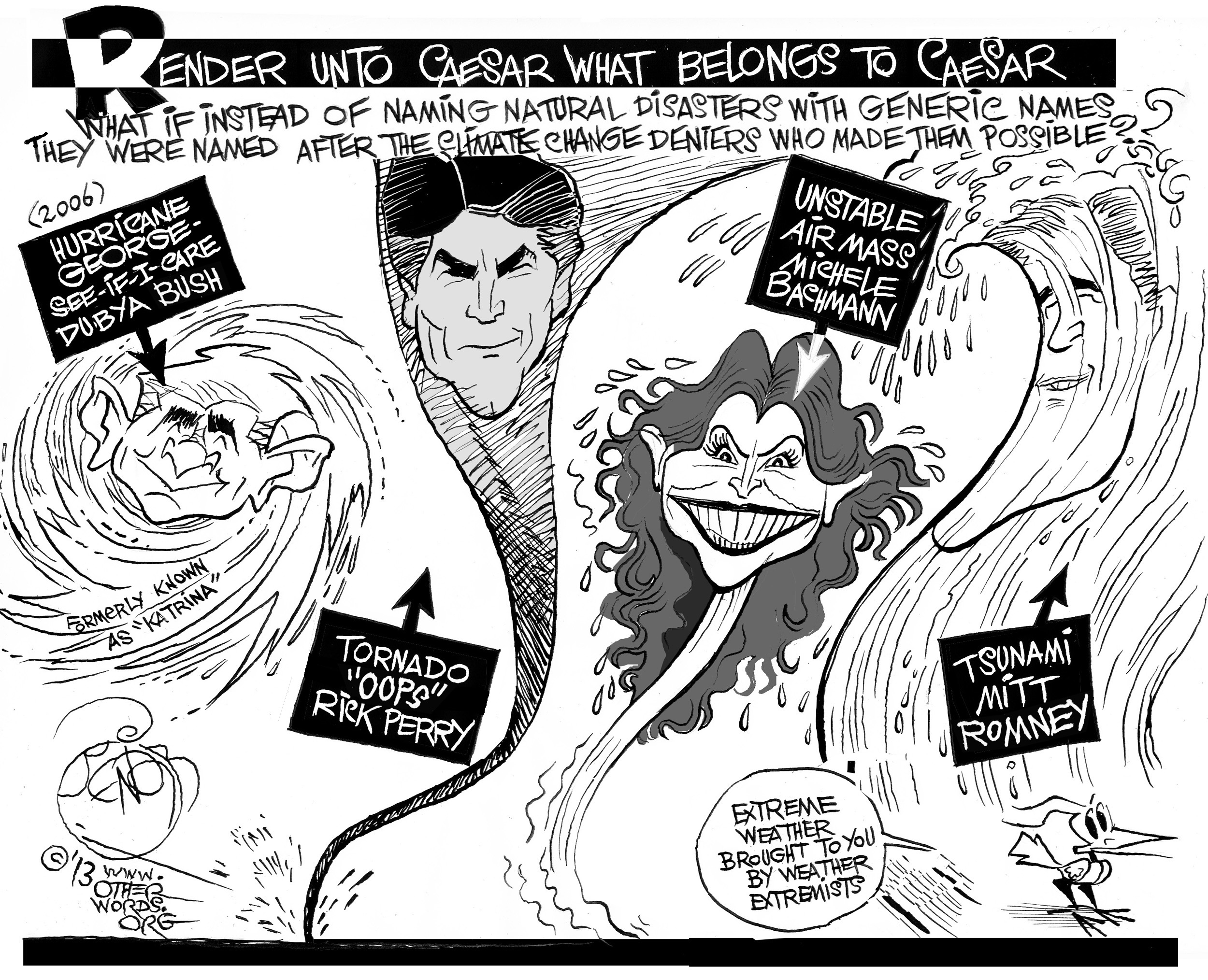 Peter Certo likens the situation in Syria to a "landmine."
By Emily Schwartz Greco | September 11, 2013

This week in OtherWords, Peter Certo likens the situation in Syria to a “landmine” and Jim Hightower celebrates a campaign that wants extreme weather events named after the politicians who refuse to recognize or do anything about man-made climate change.

Do you want to make sure you don’t miss the latest from OtherWords? Then subscribe to our free weekly newsletter. Do you value our sharp analysis and bold ideas? Please make a tax-deductible donation today to keep this valuable service running. 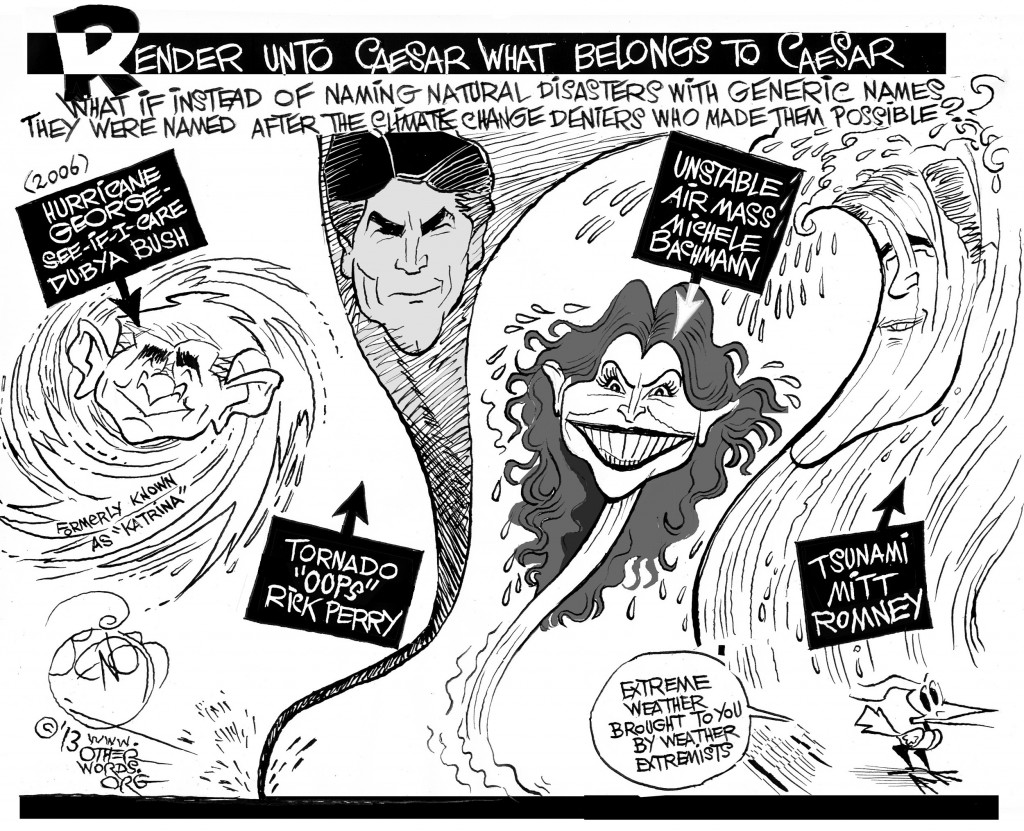