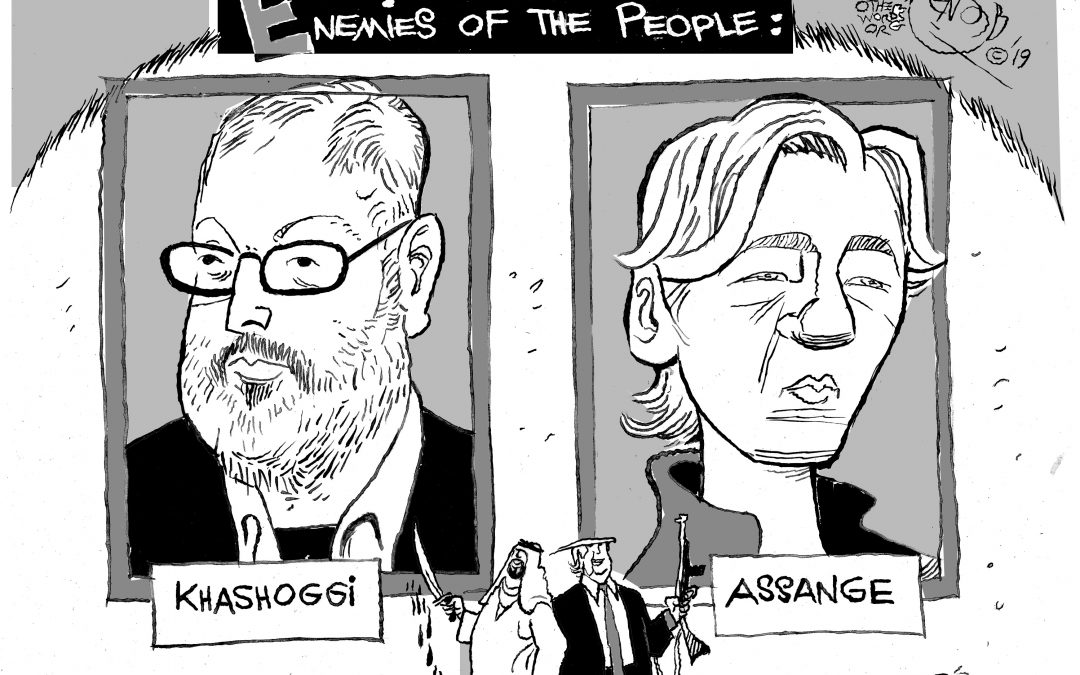 With Earth Day coming up on Monday, this week we're offering a suite of pieces on how Americans interact with their environment.
By Peter Certo | April 17, 2019

With Earth Day coming up on Monday, this week we’re offering a suite of pieces on how Americans interact with their environment as individuals, consumers, and as residents of our country — as well as our planet.

While many Americans mark Earth Day by going to community clean-ups, Kelly Martin writes, the Trump administration is marking it by trying to block communities from weighing in on federal projects that could make a real mess.

On the consumer front, Mallika Khanna explains how companies “greenwash” environmentally unfriendly products to deceive customers trying to do the right thing. And Todd Larsen reports on Amazon’s courtship of dirty energy corporations, despite its own commitments on clean energy.

Rounding us out, Jill Richardson explains that without systemic solutions, “going green” is always going to exhaust the people who try to do it on their own.

Also this week, in honor of a certain other “green” holiday celebrated in April, Paul Armentano notes that two-thirds of Americans — and virtually all Democratic presidential candidates — now support the full legalization of marijuana. Could now be the time to push it over the finish line?

Finally, my colleague Jessicah Pierre reports on an amazingly simple idea to close the racial wealth gap and alleviate poverty for all Americans. They’re called baby bonds, and they’re part of a big package of ideas developed in a new IPS report on closing the wealth divide for good.

How The White House Is Spending Earth Day | Kelly Martin
The Trump administration is seeking to block communities from weighing in on federal projects that threaten their health, environment, and livelihoods.

A Revolutionary Idea to Close the Racial Wealth Divide | Jessicah Pierre
“Baby bond” accounts for all American kids would bridge the racial wealth gap while providing security to Americans of every color.

This Earth Day, Beware of ‘Greenwashing’ | Mallika Khanna
Big polluters may not care much about the environment, but they’ll still try to fool customers who do.

Pushing Marijuana Legalization Over the Finish Line | Paul Armentano
Medicinal use is now legal for most Americans, and two-thirds support full legalization. A big push now can get us there.

Why Is Going Green So Hard? Because Our System Isn’t | Jill Richardson
If environmental solutions aren’t systemic, living green will always mean going against the grain — and usually failing.

Enemies of the People | Khalil Bendib
Will Julian Assange get the Khashoggi treatment?

It’s Time for $15 and a Union | Negin Owliaei
A minimum wage hike would boost earnings for 40 million workers.

A Cure for Excessive Wealth Disorder | Chuck Collins
Here’s a simple test to determine whether politicians are carrying water for the richest 0.1 percent.