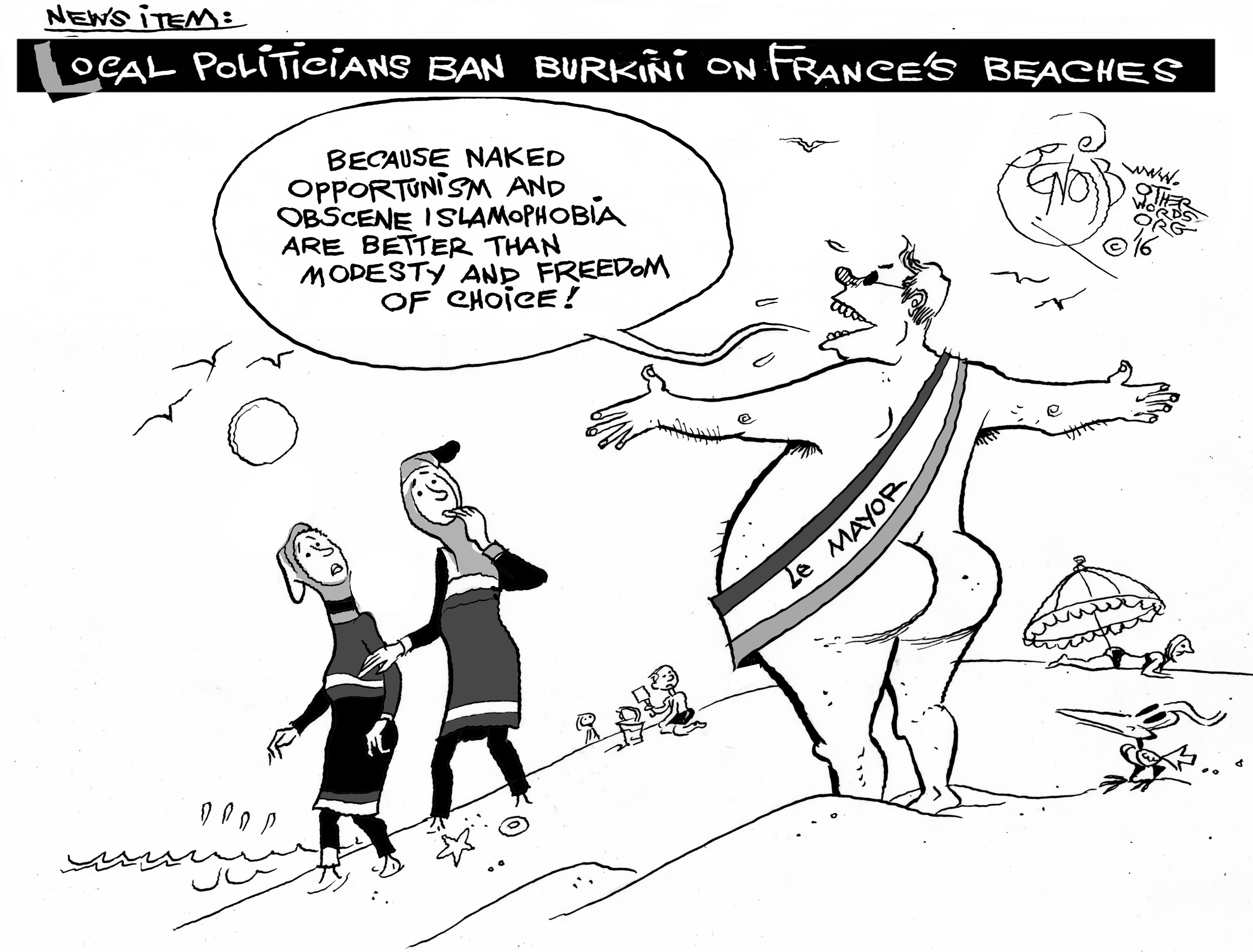 Despite recent court rulings, French mayors refuse to give up the burkini ban.
By Domenica Ghanem | August 31, 2016

Despite France’s highest administrative court ruling that mayors don’t have a right to ban the burkini, French mayors continue to crack down on the swimsuits designed for Muslim women.

This week, OtherWords cartoonist Khalil Bendib puts the naked opportunism and Islamophobia of those Frenchmen on display.

Meanwhile, a recent police shooting left another young black man bleeding out in the street, causing Ebony Slaughter-Johnson to conclude that for some law enforcement, black life isn’t worth protecting or saving.

Also this week in OtherWords, Mitchell Zimmerman warns the descendants of Reagan Democrats not to fall for the same billionaire-enriching ideas from Trump. Sam Pizzigati points out a few who would benefit from those policies: pharmaceutical CEOs who seem to be allergic to paying their fair share of taxes.

Those public funds are what make an invaluable trip to our national parks on their hundredth anniversary affordable for an entire family, Jill Richardson says. Finally, Jim Hightower urges the 99 percent to take back our finance system by joining the coalition to take on Wall Street. 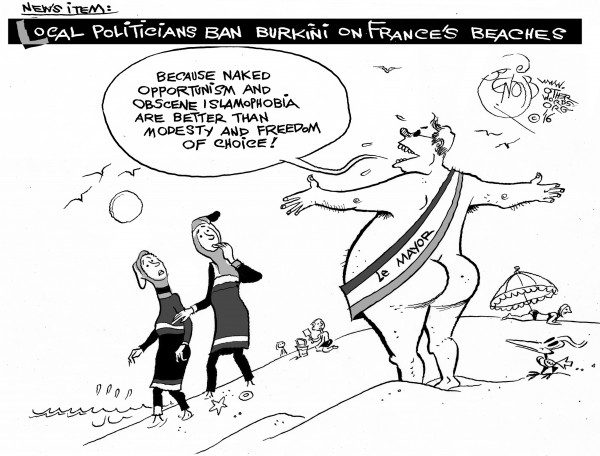