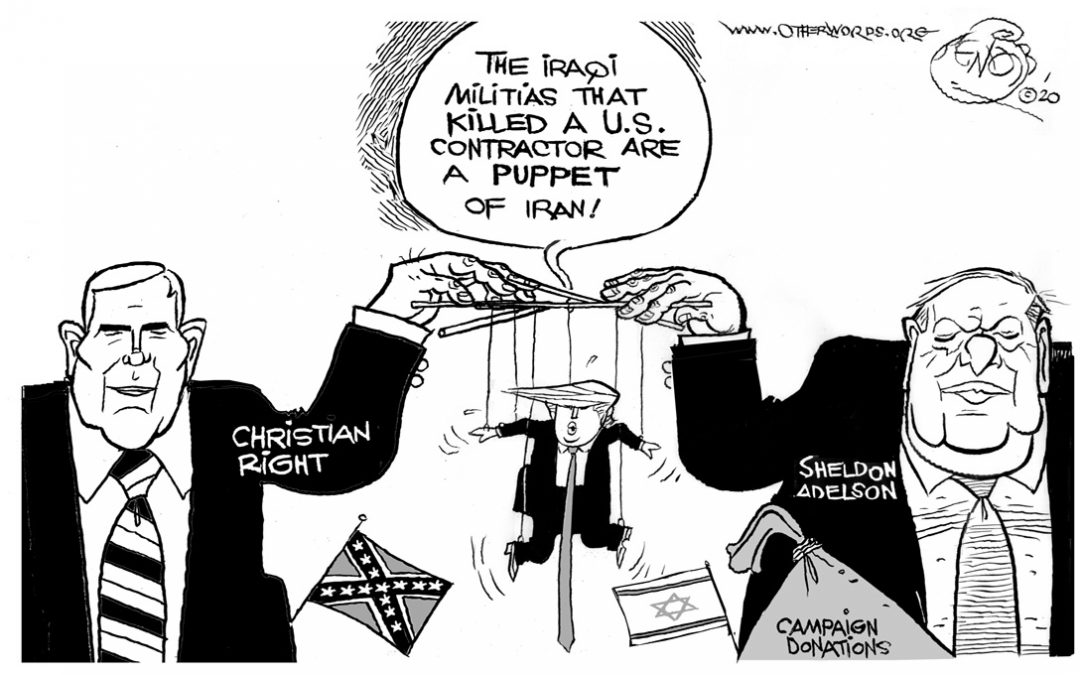 Will the U.S. step back from the ledge with Iran, or is the worst yet to come? It’s too soon to say. But this week in OtherWords, I explain why war with Iran would be catastrophic — and why it deserves full-throated opposition, not meager complaints about process.

Meanwhile, my colleague Sarah Anderson does some remarkable number crunching on the military contractor CEOs who got an early payday when their stocks spiked after the latest U.S. aggression toward Iran. War profiteering is real, she argues — and Congress needs to act to end it. Don’t miss this one!

We’re still clearing out the cobwebs in the new year but will be back to full steam soon enough. If you need more OtherWords, take another look at the great year-end pieces from our “in case you missed it” pile for compelling offerings on everything from Sesame Street to student loans, and liquefied natural gas to liquidated minor league baseball teams.

Trump’s Iran Aggression Deserves Full-Throated Opposition | Peter Certo
Trump is betraying his voters and threatening millions of lives. Call him on it before it’s too late.

We Need a New Deal for Housing | Nicole Braun
I’ve worked hard my whole life and will probably never own a home. This is a policy shame, not a personal one.

Felonious Democracy | Jim Hightower
The leaders of our democracy don’t actually like it when people participate, but Americans are a rebellious bunch.

Pulling the Strings | Khalil Bendib
Who wants a war with Iran?

Stop the Spread of Liquefied Natural Gas — Before It’s Too Late | Olivia Alperstein
A liquefied natural gas disaster could make an oil spill look like a picnic.

The Education Department Is Ripping Off Defrauded Students | Jill Richardson
Students who got defrauded by for-profit colleges were going to get loan forgiveness — until Betsy DeVos showed up.